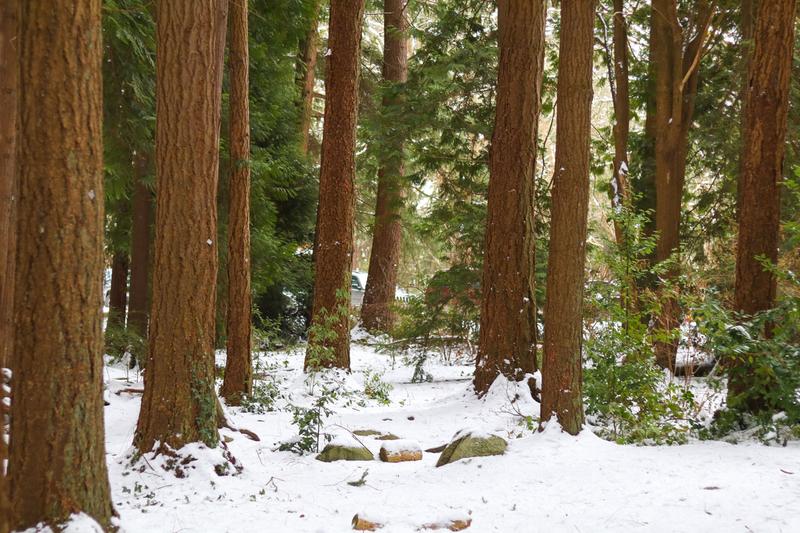 It seems curious that I am writing a letter to The Ubyssey about why a small wooded area on the UBC campus might need respect, but it is a real case that I write about. Respect is an interesting concept, as it asks for genuine consideration. For humans, this may be akin to basic human rights, inalienable. But what about for forests, or what remains of forests and the creatures that live there? What might forest respect mean? The Musqueam teachings that I have been exposed to speak about respect as essential and foundational. Yet, I see Totem Forest disrespected regularly and increasingly.

At the corner of Agronomy and SW Marine Drive, adjacent to the Totem Park residences, there is a small slice of wood that remains. Generation after generation, wooded areas around Point Grey have been disappearing. And while Metro Vancouver’s Pacific Spirit Park is a rather large area, there are only a few wooded places left on the UBC campus. I write this letter because I have been observing disrespectful behaviour around what remains of this particular forest.

For years, I have been visiting Totem Forest with students for learning experiences. The forest is a close distance away from the typical classrooms where students commonly study, and affords a rather distinct and positive learning environment. It is really a great outdoor classroom — it may be a bit noisy sometimes with various workyards and major roads all around, but this models real challenges around urban wild places.

There exists much literature around the importance of time spent outdoors and in natural places for physical health and social cohesion. There is also strong literature supporting outdoor places for improved learning outcomes and interdisciplinary “real life” connections.  Time spent in wild places has been linked with the fostering of an environmental/sustainable ethic. As an educator of future school teachers, visiting Totem Forest and other outdoor learning places around the UBC campus has been vital in supporting these teachers develop their own ethic and practice around outdoor learning and how this will look in their classroom. Their educational choices affect the lives of hundreds of thousands of children who are the future. What happens in Totem Forest ripples widely.

Always there have been issues with trash in Totem Forest, including the dumped mini-motorcycle a couple of summers back.  The UBC sub-Reddit thread, “Where the F--K! are all the alleged stoners I've heard about?” refers to Totem Forest as the “magic forest.” One commenter requests that forest visitors keep the place clean, stating, “just don't trash the friggin place, pretty messy as it is.” Recently, however, there is a new level of disrespect occurring.

As of fall 2016, a group has begun to cordon off an area of Totem Forest as their own private encampment. They have hung a tarp over the area to stay dry, under which they have placed chairs and table structures.  They have even hung a fire extinguisher (where this came from, who knows) to a tree and laid branches around the footprint to deter entry. Their bivouac is filled with trash as well. Regularly now, as I walk through the forest, there is loud music playing and pot wafting in the air. A few times I have arrived at the forest with students, only to have to compete with the squatters’ party. Call me crazy, but this seems disrespectful.

In our age of individualism and accountability, each of us is responsible to respect ourselves and other people around us. UBC works diligently to create a safe campus and learning experiences inclusive of diverse needs. But who advocates for the forest? In knowledge that we are creatures deserving of respect, perhaps we might extend some of our care to those creatures that do not have voices around decision-making tables and apparently do not figure highly in the actions and thoughts of individuals at UBC. Those that live in the forests around UBC deserve respect, much in the manner that we as humans deserve respect. Please stop being disrespectful to the Totem Forest.

Hartley Banack is a lecturer in the department of curriculum and pedagogy.