Letter: Too many students aren't satisfied with Access and Diversity 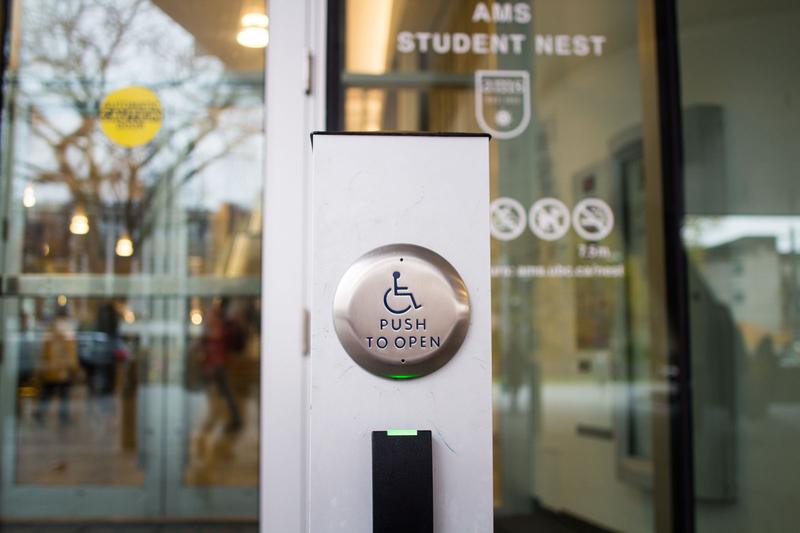 December 3 was the United Nations’ International Day of Persons with Disabilities. This year’s theme is “Achieving 17 Goals for the Future We Want” and can be summed up in four words: “Leave no one behind.”

Currently, approximately 2,500 or four per cent of UBC students are registered as individuals with disabilities in the Access and Diversity (A&D) office. This article was written to examine UBC’s support networks — are campus supports adequately fulfilling these students' needs? Or are these students being “left behind” in our highly competitive and fast-paced university lifestyle?

The support networks they offer include academic accommodations, exam accommodations, financial support and assistance, academic concession, priority access to housing, transportation and access. However, A&D has only seven active counsellors to carry out all these services.

The UBC Equity Ambassadors highlights the experiences of four students with disabilities who sought assistance from A&D at UBC. We discovered a wide range in experiences that are both positive and negative. This heterogeneity seemed to largely depend on which advisor the student was assigned to at A&D.

Kimberly Wogan, a recent UBC BA alumni, has a mental health condition called dysthymia and concurrent severe anxiety disorder, social anxiety and obsessive compulsive depression, said, “My first experience with Access and Diversity was very positive! I felt like I was heard and validated.”

She was offered options for accommodations and said her advisor “felt like [her] biggest fan.” She recalls her advisor calling each of her professors to discuss her conditions and ensure her class accommodations. To students trying to navigate the UBC experience with a disability, she advises, “Stop being hard on yourself. Your illness is real. Your struggles are valid. You are not being paranoid.”

Celina Ruhland, a 2016 UBC alumni with a bachelor's degree in geography, describes her disability as “an autonomic dysfunction disorder called Cerebral Syncope.” This is an episodic and invisible disability that causes her to faint and/or have seizures along with migraines and dizziness. She was initially optimistic after her first meeting with an A&D advisor. However, when she sought her advisor’s direction on how to approach her professors when reporting her condition, she “never received a response.”

In general, her advisor was “never in the office and only replied to [her] inquiries weeks to months later.” One of the accommodations she received was for exams.

“The invigilators only check on students in private rooms every 15 minutes, which makes sense during a busy exam period, but in my case, I could have a seizure and injure myself in that time without anyone knowing.” Although her experiences were generally positive, she believes the A&D still has “a long way to go.”

This wide range of satisfaction achieved leaves us uncomfortable and concerned for the well-being of students with disabilities on campus. Although many students are satisfied with the supports UBC provides, far too many students aren’t. With our growing student population, we believe we must strive for greater inclusion and ensure to “leave no one behind.” To achieve this future we want, we believe change must begin at the administrative level.

Niki Oveisi is a second-year biology major and Frances Perry is a fifth-year microbiology major, both of whom are members of the Equity Ambassadors, a UBC Peer Program.