Their Campus: Searching for similarities between home and Glasgow 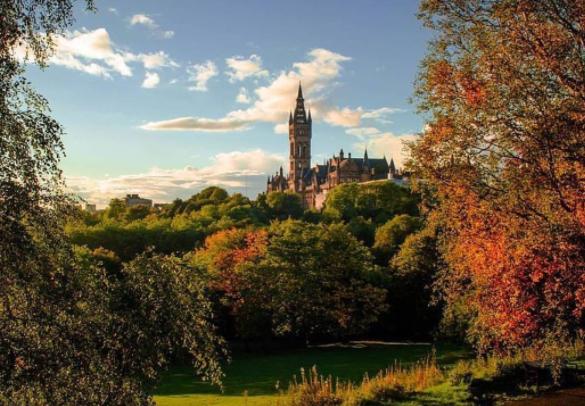 It's not quite Hogwarts, but it will do. University of Glasgow Instagram

After a summer of heavy anticipation, September has finally arrived and my journey of studying abroad in Scotland, at the University of Glasgow, has begun. In my opinion, Scotland is basically the Canada of the United Kingdom — we’re both overshadowed by our loud, attention seeking, larger populated neighbours (that being the United States and England). Plus, we’re also both known for not having great weather but our scenery is epic and we’re known for being kind.

At orientation, the first thing the administration tells you is that the English in Glasgow can sound like a foreign language at times. The accents can be extremely difficult to understand but being called “darling” and “sweetie” by my local grocery clerk makes up for it. In Glasgow, instead of greeting people by saying “hello” they usually say, “are you alright” or “you fine love?”

The first major difference between UBC and Glasgow that I noticed was the course breakdown. How does one final paper worth 100 per cent of your final grade sound? Well, that sort of class break down is very common in the UK. They do not have many assignments or papers, which puts a lot of pressure on students to kill it during that one assignment.

The second major difference between the two schools is that the student accommodations at Glasgow are located 20-30 minutes away from campus. While many students at UBC are dispersed around the city, a lot of students are still on campus. But out here, they are all around the city of Glasgow, with the only self-catered hall located 55 minutes away from campus. It is a benefit though that Glasgow looks like it came straight from Harry Potter and one of my lecture hall seats are like one long sofa (which are a bit too comfortable during class, but I won't complain too much).

Finally, there is the class schedule; at Glasgow most non-100 level classes run only once per week for only one or two hours and there is little interaction between the prof and students. The students are expected to be independent and keep up with everything on their own time.

Overall, Glasgow and Vancouver have different vibes, but they're both built around rain, rain and more rain.