Letter: UBC Law risks its reputation even if it declines CSR donation from Stuart Angus 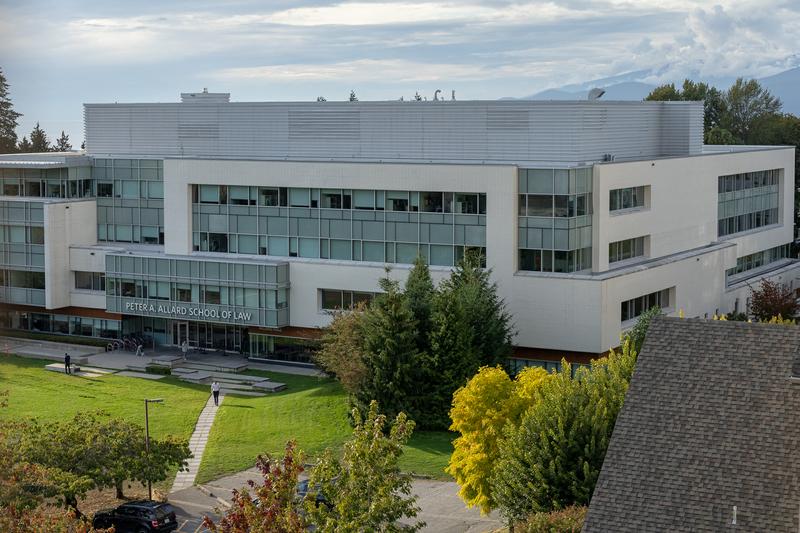 “Is this the type of money the UBC Law School should be accepting on behalf of the UBC student and alumni community?“ Zubair Hirji

Allard has recently paused this decision, but the announcement still sits on their website. The damage to its reputation may have already been done to a university which prides itself on its integrity.

Indeed, the Allard Prize for International Integrity touts itself as “one of the world’s largest prizes dedicated to the fight against corruption and the protection of human rights.”

Angus is a well recognized figure in the Canadian mining world with decades of experience with junior mining companies, a number of which have been implicated in serious alleged labour and human rights violations.

Nevsun Resources, one company which he chaired until last year, is accused of systematic human rights violations and crimes against humanity in the East African country of Eritrea. Angus was the Chairman of Nevsun Resources from May 2006 to June 30, 2017.

The most recent statement of civil claim filed in BC courts this May on behalf of the victims alleges that “by entering into the commercial relationship with Eritrea, Nevsun facilitated, aided, abetted, contributed to and became an accomplice to the use of forced labour, crimes against humanity and other human rights abuses at the Bisha Mine.”

Partnering with state-owned companies to operate the mine means that Nevsun was reliant on slave labour procured by the government partners via a programme officially described as ‘national conscription.’ The civil claim alleges that “from at least 2003 onwards, hundreds of Eritrean nationals were forced to work at the Bisha Mine.”

The statement of claim goes on to describe how “during their period of forced labour at Bisha, the Plaintiffs were subjected to cruel, inhuman and degrading treatment as well as harsh working conditions, including long hours, malnutrition and forced confinement for little pay. They worked under the constant threat of physical punishment, torture and imprisonment.”

These are serious claims against the company during the period in which Angus was Chair. The plaintiffs’ lawyers in Vancouver have now filed at least eight claims on behalf of more than 80 plaintiffs alleging egregious human rights violations by the firm. Does the UBC Faculty of Law want to endorse this type of business conduct by endowing a research position in Angus’s name?

Even if these allegations have not been proven in court, they are serious enough to merit consideration from the Faculty of Law. The case against Angus’s company that is currently working its way through the Canadian courts is a civil claim, and the allegations of crimes against humanity could also result in criminal charges at a later date.

One of Angus’s other companies, First Quantum Minerals (FQM), has a long and checkered history in the Democratic Republic of Congo. Angus served as an Independent Director of FQM from 1997 to June 23, 2005. FQM appears way back in the 2002 report of the UN Panel of Experts on the Illegal Exploitation of Natural Resources and Other Forms of Wealth of the Democratic Republic of the Congo. It is on a list of business enterprises that the Panel of Experts considered “to be in violation of the OECD Guidelines for Multinational Enterprises.” It achieved this honourable mention when during the course of its “attempts to buy rights to the Kolwezi Tailings … offered a down payment to the State of $100 million, cash payments and shares held in trust for Government officials.”

In other words, the company is alleged to have made corrupt payments to government officials in exchange for access to mining rights.

Students of history might take note that the Second Congo War was just kicking off when Angus joined the company in December of 1997. War-related deaths in the Democratic Republic of Congo and neighbouring countries during the period from 1997 to 2008 are estimated at around 4.5 million people, making it one of the deadliest conflicts since World War II. Much of this conflict centred around control over mineral resources; a good operating environment for CSR-orientated mining chiefs.

One of FQM’s other African mines, in Mauritania, was the subject of a labour rights complaint to Canada’s Office of the Extractive Sector CSR Counsellor, concluded in 2012, and the company’s annual report identifies ongoing “illegal” strikes by unionized workers at the Guelb Mohgrein mine as a business risk to its operations there.

The history of this small sample of Angus’s companies raises a number of questions: is this the type of money the UBC Law School should be accepting on behalf of the UBC student and alumni community? Is the association with alleged gross violations of international human rights law worth it? Is the university administration blind to reality and the potential ethical concerns of law students and alumni?

Myself and other UBC Law alumni in Canada and around the world look forward to reading answers from the school on why they chose to take Angus’s money in the first place.

Hamish Stewart is an alumnus of UBC Law and currently works in London, UK.