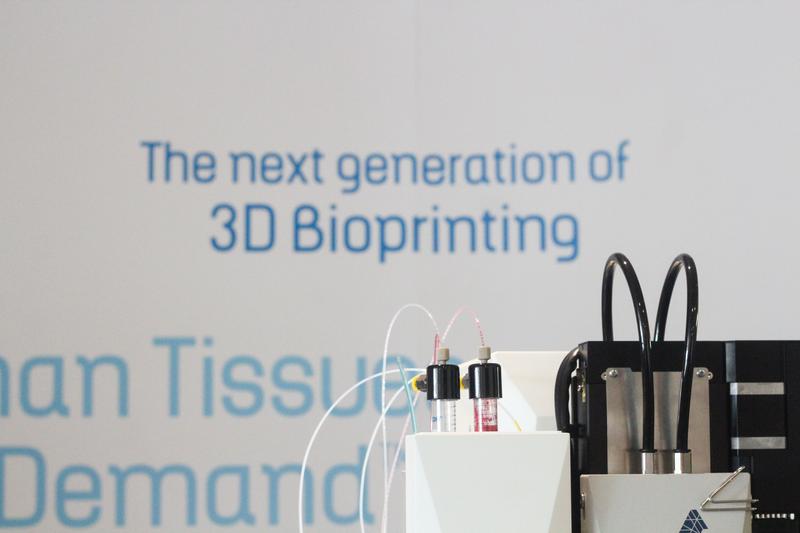 In early May, the Peter Wall Institute of Advanced Studies at UBC along with Aspect Biosystems — a local biotech company — hosted a series of seminars on the future of 3D printing in therapeutics.

Taking place at the TELUS World of Science and the Peter Wall Institute, the public was invited to learn about how neuroscientists at UBC and biotechnology engineers from Aspect Biosystems have been identifying the interaction between cancerous tumour cells and their environment in the brain using 3D bioprinting.

The Ubyssey sat down with Dr. Wun Chey Sin, a research associate at UBC, to discuss what it is all about­: the technology, problems encountered and ethics associated with 3D bioprinting.

Sin explained that 3D bioprinting is like regular inkjet printing, but the bioprinters use living cells instead of pigment based inks and inject the cells into a matrix instead of printing on paper.

Scientists have already been able to successfully print lung tissues. The process includes printing a cluster of basic lung epithelial tissues which are then allowed to grow and proliferate, becoming the trachea. Drugs are injected into this system to make the artificial trachea contract and expand much like our normal wind pipe would do.

Sin is excited about 3D bioprinting’s potential to make discoveries about brain cancers. She along with others in Dr. Christian Naus’ team at UBC is working to discover the genetic changes that take place in cancerous cells in the brain, how they interact with normal cells and what kinds of drugs or therapy can be used.

“The normal untransformed part of the brain plays a huge role in making the tumor resistant to drug therapy, so we want to know what happens at the interface,” she said. Hypothetically, with a 3D printed human brain, researchers could carry out drug analyses and observe interactions between brain cell types.

However, many challenges remain.

“This technology is still very young,” said Sin. “It doesn’t really replicate a mouse brain right now.” The 3D bioprinting technology we have today is nowhere close to being perfect or able to produce a fully functional human brain.

As with other biological innovations, 3D bioprinting has both positive and negative ethical aspects. Skeptics argue that there are many safety issues such as organs being rejected by the body if they are not genetically matched, or that processes like this could be used for body enhancement purposes.

Proponents point out that 3D bioprinting eliminates the need for animals as model organisms.

“We researchers don’t like to use animals either, so [bioprinted organs] actually offer a lot of promises for drug screening and such,” said Sin.

Sin’s team will continue to develop the technology and hopes to solve the lack of blood vessels problem, bringing them one step closer to producing a bioprinted brain. Sin believes that someday in the future, producing an entirely functional organ that can be used for transplantation is a realistic possibility.