From a headache to a head in the clouds: UBC psychologist investigates the mind wandering effects of Tylenol 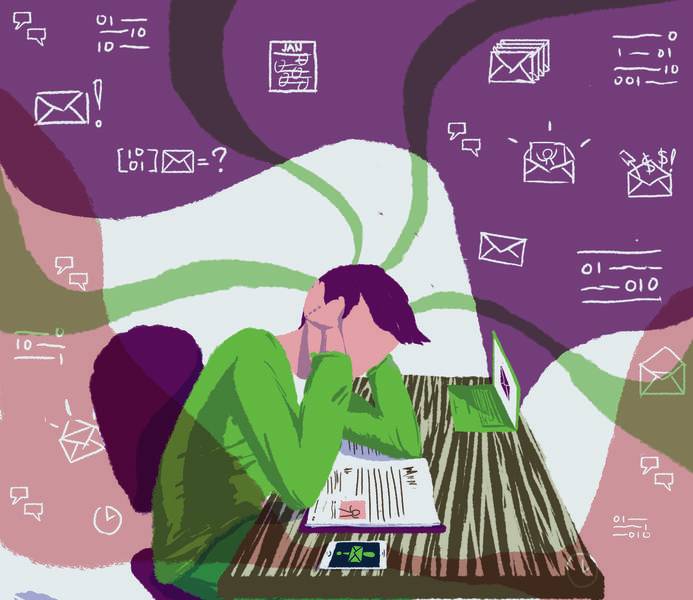 When you’re going through caffeine withdrawals, or when your brain has simply had enough of midterms, papers and the neighbour’s dog constantly yammering at every terrier, retriever and poodle that passes by, you can rely on Tylenol to fix up that headache temporarily.

However, it turns out that acetaminophen — the active ingredient in Tylenol — could be doing a lot more to you than just subduing a headache. Recent psychology research is showing that acetaminophen can attenuate emotional pain, such as the sting of social rejection, as well as physical pain.

These effects got University of Toronto postdoctoral fellow Dr. Dan Randles interested in looking at how else acetaminophen could be altering our brain. With the help of Dr. Todd Handy’s lab in UBC’s psychology department, they found that you might not only become indifferent to being left out of a group when taking acetaminophen, but you might also carry that much more ‘meh’ attitude toward pretty much everything around you.

Acetaminophen specifically targets a region of the brain known as the dorsal anterior cingulate cortex (DACC) and lowers activity there. As you may have guessed, this region carries the responsibility of regulating pain, which is why medication such as Tylenol works as advertised.

But by applying acetaminophen in contexts other than painful situations, Handy, Randles and other collaborators were able to demonstrate how this pain reliever also affects the DACC’s other responsibilities, namely performance monitoring and mind wandering.

Mind wandering is exactly what it sounds like, so let’s just unpack the term “performance monitoring.”

“It’s very adaptive for us to notice when we make a mistake and sort of fix it, so we don’t repeat it again,” said Handy. “That’s how we learn.”

A very important part of this process is simply caring about your mistakes in the first place. It’s in this step that Randles saw acetaminophen’s effect.

Individuals in two study groups were given either acetaminophen or a placebo and asked to do a difficult task. Through brainwave scans (called EEGs), Randles saw two brain responses. The first was the recognition of a mistake when a participant made one and the second was concern for their mistake, implying that they’ll try not to repeat it in the future.

The first response was active in both groups, whereas the second was only active in those that took a placebo. The results suggest that acetaminophen causes us to care less about errors.

Handy was intrigued by this because he has seen similar effects when people mind wander — namely caring less about what you are doing — and so he came up with the following more general question: in what ways does acetaminophen reduce your engagement with the outside world?

To test this, he set up a similar experiment to Randles’s, but instead of a hard task, he gave participants a really boring task to encourage mind wandering. What Handy found out was that “[acetaminophen] doesn’t make you mind wander more, but it makes you get lost in your thoughts more deeply.”

“When you mind wander the brain checks out from the outside world,” Handy said. “But if you’re on [acetaminophen] it really checks out.”

So you might become a bit more philosophical while treating a headache, but these results also have a bigger implication about acetaminophen.

One of the problems that Handy has been looking at in conjunction with Dr. Kristin Campbell over in the department of physical therapy is that of chemo brain.

Those who have recovered from cancer through chemotherapy often report that there is just something wrong with their cognition, the full symptoms of which are classified as chemo brain. One of the issues that Handy noted is that “their brains [are] ... chronically stuck [in] mind wandering.”

Now, with the finding that acetaminophen can target an area of the brain that is crucial to mind wandering, the psychology community now has a cheap and easily accessible tool to study the DACC and how it is affected by chemotherapy.

Handy’s excitement for these results speaks for itself. He wonders if the link between acetaminophen and the DACC can “give us insight into what we might need to target for treatment to help people with chemo brain.”

“How do we target the dorsal anterior cingulate for medical intervention?” Handy said. “Well, that’s a challenging question, but at least we start having an idea of what we might want to try.”