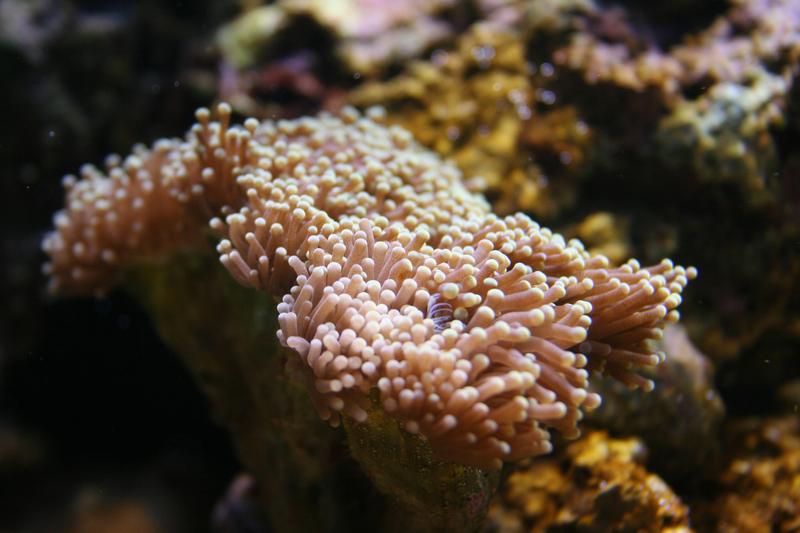 It is unknown why corallicolids still possess the genes for other parts of the photosynthetic pathway, such as the production of chlorophyll. Alan Levine/Flickr

A new group of organisms have been discovered by researchers in the Patrick Keeling Lab at UBC. Unofficially these new organisms are referred to as corallicolids. The name merges the term "coral", the host organism, with coli, the Latin generative term for “living within.”

“Well this is one of the interesting things about our study, we show that, yes, this is a brand-new lineage, but it branches within a group of other organisms known as apicomplexans,” said Dr. Waldan Kwong, a postdoctoral fellow in the Keeling Lab.

Apicomplexans are a group of parasites that live within host tissues, many of which cause diseases in humans. The apicomplexan Toxoplasma gondii is one of the closest relatives to the newly-discovered corallicolids. T. gondii is responsible for the parasitic disease toxoplasmosis, which can be contracted from eating undercooked meat.

“We found that there was something unexpected in the evolution, we’re seeing that these apicomplexans evolved from photosynthetic ancestors,” said Kwong. The parasites are no longer photosynthetic, however, the corallicolids still possess the genes that code for photosynthesis products such as chlorophyll.

In order for photosynthesis to work, specific proteins are needed to shuttle energy in the form of electrons within both the chloroplast and the mitochondria. Otherwise, the energy captured from the chlorophyll cannot be used by the organism. Corallicolids do not have these proteins.

It is unknown why corallicolids still possess the genes for other parts of the photosynthetic pathway, such as the production of chlorophyll. It is also unknown how the corallicolid handles the extra energy captured by the chlorophyll, as well as whether the pathway is actually still active but using a different set of proteins to shuttle the electrons through the pathway.

The last possibility is highly unlikely, however, given that when organisms lose genes it is usually because they are no longer being used and the organisms do not fluoresce under the microscope in the same way that would be expected of an organism using traditional photosynthesis. The most likely explanation for the lack of proteins is that the organisms are no longer photosynthetic.

“It’s a big mystery and almost everybody that we’ve talked to, even photosynthesis experts who only work on photosynthesis, they’re all scratching their heads as well. It’s unclear what this organism could be doing with these genes. It’s definitely something new and unusual,” said Kwong.

Corallicolids are an omnipresent part of coral physiology worldwide and found in around 70 per cent of the coral tissues examined by the Keeling Lab. Better understanding corallicolids could have far reaching implications from the evolutionary history of apicomplexans to coral reef health.

They are a completely novel organism.