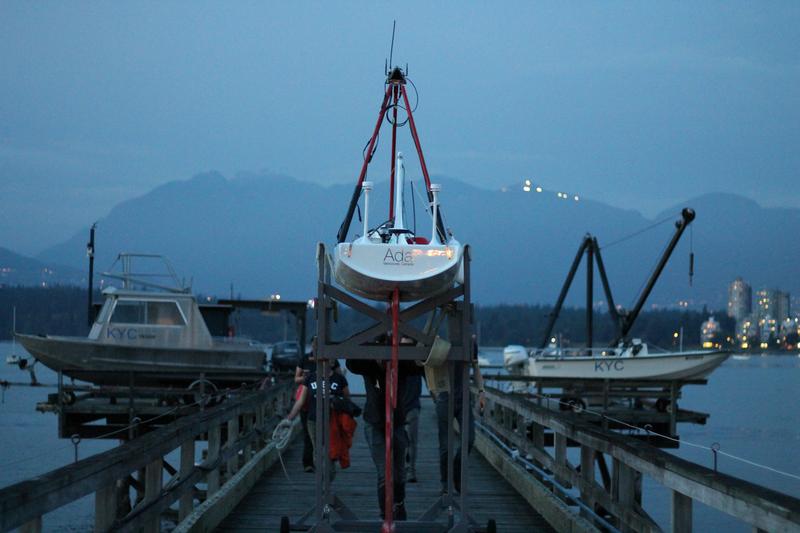 The team lost Ada’s GPS signal in November and her story appeared to have come to an end. Courtesy UBC SailBot

One of the most unique science stories The Ubyssey has covered over the past 10 years was the saga of Ada, an autonomous sailbot that was lost in the Atlantic in 2016.

The boat was the pride and joy of UBC SailBot, an engineering design team that was started in 2004 by several students who were looking for a unique capstone project. Over the next 10 years, the team cut its teeth in the autonomous sailing world, competing in a series of international contests.

After becoming the first team in history to get a perfect score at a competition in 2013, the team decided that it needed a more ambitious project to challenge itself. They decided that making an autonomous sailbot capable of crossing the Atlantic from Newfoundland to London would be just the ambitious project.

The team began work in 2014 and the endeavour quickly ballooned into an all-consuming obsession for team members, who put every moment of free time they had into various aspects of the boat’s design. They even had a dedicated channel on the messaging app Slack called #nosleep, with the two rules for posting being that you could only write “no sleep” and could post no earlier than 1 a.m.

After countless late nights and weekends spent hard at work, the team was ready to start the final process of sending their baby out to sea, road tripping across the country in late-July 2016.

Upon arriving in Newfoundland, the team kept up the frenetic pace of their work, reassembling Ada and putting all of the final touches on the design until finally on August 24, 2016, they were ready to launch her into the open ocean.

All was well for the next four days until the team began receiving signals that the boat was heading off course to the south. She drifted farther and farther away from her intended course, until finally the team was forced to conclude that the rudder or rudder linkage had broken and their pride and joy was adrift in the vast Atlantic Ocean.

The team lost Ada’s GPS signal in November and her story appeared to have come to an end.

That was until late 2017, when an American research vessel discovered the stricken craft off the coast of Florida. Finally, in early 2018, the team was able to return the vessel to UBC, closing the book on what had turned into a four-year odyssey.