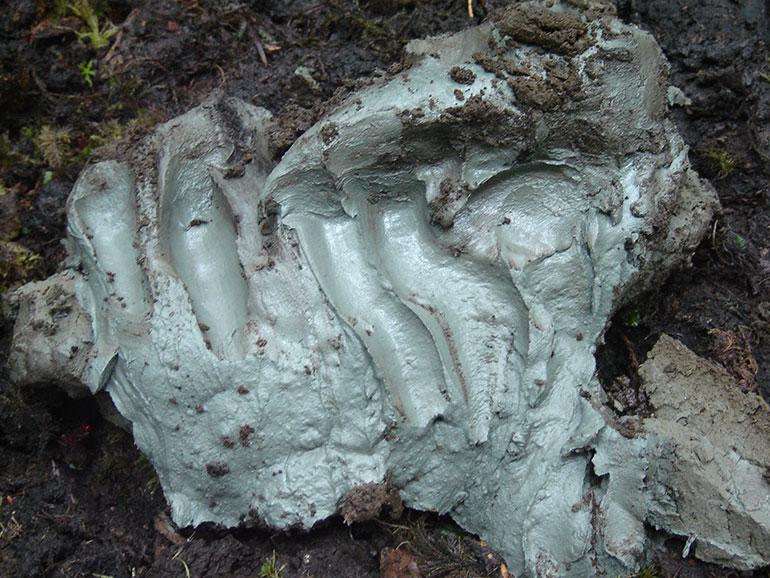 UBC research has found that Kisameet Bay clay, found on the central BC coast and used as medicine by the Heiltsuk Nation for generations, is able to kill drug-resistant bacterial infections. The clay cannot be used in hospitals yet since it is an ill-defined, natural product. How does this natural treatment work and what is the next step to using the clay clinically?

This research has garnered lots of attention due to the clay’s ability to kill a particular group of drug-resistant bacterial infections called the ESKAPE pathogens. The acronym describes six species of bacteria that “escape” all antibiotic treatment and lead to increased illness and mortality in hospitals around the world.

Antibiotic resistance has increased for various reasons. Professor Emeritus Julian Davies, who led research on the clay in UBC’S department of microbiology and immunology, attributed increasing resistance partially to the use of antibiotics on farm animals. The drugs are used to increase animal meat production and are thus introduced to consumers’ systems.

“Just when you think you have something understood, the bugs come up with something different,” Davies mused.

Kisameet clay is all the more incredible since the substance itself remains a mystery.

“It’s a very complex structure,” asserted Davies. It is built from different-sized particles with different properties.

The composition of the clay remains unknown as well as its toxicity and precisely why it works. The clay is currently being analyzed by Loretta Li, a professor in UBC’s department of civil engineering, to determine its properties. Until that time, the clay cannot be used as clinically-approved treatment.

Davies maintains his optimism that the clay is not toxic because the Heiltsuk have eaten and applied the clay to treat various maladies for years. The clay was even modestly used in Vancouver during World War II when there was a shortage of antibiotics, according to Davies.

Of course, Davies does not propose patients eat raw clay. In the lab, Davies and two students, Shekooh Behroozian and Sarah Svennson, created a leachate from the clay. Water was rotated with the clay for several hours and the particles were removed, leaving a clear solution. This solution successfully killed the pathogens.

Davies believes it is a combination of metals and minerals in the clay that disrupt the bacteria. The goal is to discover the composition and “make a synthetic blueprint” which would be “a chemically-defined product” that could be used in hospitals. Until then, the clay remains a naturopathic treatment, which may perhaps be used only in desperate, otherwise fatal cases.

“There are fixed ideas on how to treat diseases,” Davies acknowledged. “Most [medical] agencies don’t want to use things that are not understood.”

Also, the leachate has only been tested in a lab.

“There is a great difference between lab experiments and clinical testing,” Davies asserted. However, he believes significant progress can be made over a few years.

The Center for Disease Control cites over 2 million illnesses and 23,000 deaths per year within the United States are due to all drug-resistant infections. Concern for ESKAPE pathogens is particularly high in Europe and poorer countries.

Kisameet clay brings much-needed innovation to fighting antibiotic-resistant pathogens. The research also points to an interesting discourse between distrusted naturopathic treatments and approved medical treatments. This clay seems to be a conjunction of the two with a long traditional use among the Heiltsuk and a scientific journey that is just beginning.