Mood disorders on medication: A Mood and Cognition Study 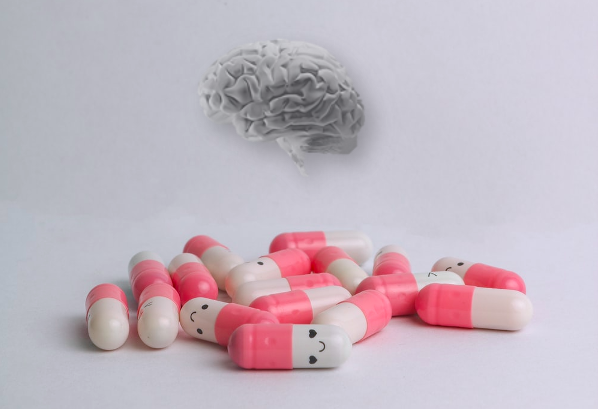 The Mood and Cognition Study is currently looking for participants. am JD and Fakurian Design/Unsplash

The Mood Disorders Clinic at the Djavad Mowafaghian Centre for Brain Health at UBC is currently conducting a research project called the Mood and Cognition Study. In an interview with The Ubyssey, Shruti Kumar, an undergraduate research assistant on this project, discussed the study — and what it can mean for those suffering from a mood disorder.

“The main objective of the study is to see whether neuropsychological functioning predicts responses to medication given to alleviate symptoms of depression in patients with bipolar disorder and major depressive disorder,” said Kumar.

In simpler terms, the researchers aim to observe whether early changes in emotionally-biased cognition may predict improvements in depressive symptoms. That is to say, does the severity in emotional distortion before treatment predict how a patient will improve in their symptoms after treatment?

Mood disorders are closely linked with emotional distortions in cognition. Studies have shown that major depressive disorder (MDD) and bipolar disorder II (BPII) have a negative impact on cognitive ability. Thinning of the cortex in different regions of the brain has also been observed in both MDD and BPII patients.

Depression is an emotional disorder, but it also has cognitive components such as decreased attention and focus.

The aim of the mood and cognition study is to explore this correlation between mood and cognition, and to determine whether changes in the emotional state of mood disorder patients who were prescribed medication can predict remission from depression.

The study originated as the PhD project of Alex Terpstra, with Dr. Trisha Chakrabarty, assistant professor in the department of psychiatry, as the principal investigator. The study began a year and a half ago; however, due to regulations put in place following the onset of the COVID-19 pandemic, researchers were not able to call participants into the clinic — until this summer.

The benefits of research

Before conducting the study, the researchers felt that the resources available for patients with depression were not enough.

“I feel like right now we really want to reach out to students at UBC because I've talked to many people, and I've seen … people are talking about their struggles with mental health, and they're looking to others for advice,” Kumar said.

Kumar explained that medication provided to mood disorder patients is often either a blanket medication, given to all patients with mood disorders regardless of their particular symptoms, or a medication based on a trial and error method to see which intervention works best.

The researchers of this study fostered a more individualized treatment approach to alleviate symptoms of depression, which includes a “really extensive interviewing and testing process” to evaluate which medication or treatment plan patients should be referred to, explained Kumar.

Though the participant vetting process is skewed towards patients with more severe symptoms, those who don’t meet the criteria for inclusion in the study can still benefit.

“Even if they don't meet that criteria, Dr. Chakrabarty still writes up her recommendation, she sends up to their GP. So she's already taken some time to study them and talk to them.”

“So, even if they don't get treatment through us, they still have that recommendation.”

“The researchers are contacted by potential participants, which leads to the first stage: the screening process. This requires the participants to describe their symptoms, past diagnosis and medication,” she said.

To reach the second stage of the study, the participants must pass a threshold based on the severity of their symptoms.

From here, a psychiatric evaluation with Dr. Chakrabarty to confirm the eligibility of the participants is done. It involves diagnostic tests such as Mini-International Neuropsychiatric Interview (MINI).

If they meet the criteria, the participants then undergo three cognition testing sessions over twelve weeks. The tests gather information about attention, memory retention and emotional thought processing.

Kumar also highlighted some study predictions relevant to this design. She explained that during the first test in the twelve-week period, participant cognition scores are not expected to improve significantly compared to before they began their treatment plan, as medication can take time to start working.

In contrast, they expect that cognitive tests performed later on in the study will reveal increased cognitive ability of participants that will be comparable to someone who doesn’t suffer from a mood disorder.

The significance of this study, for Kumar, manifests in its broad applicability to the student population at UBC.

“I feel like this is kind of a project which isn't really only for research because [it] instantaneously has an effect on the participants,” she said. Kumar explained that since the treatment plan is “tailored” to the participants, it may help to improve their quality of life.

“[Participants have] also mentioned it when they've come by for like their third level of testing, how it has improved their life immensely.”

The researchers are actively testing participants and are in need of more participants for the study. Adults from ages 18 to 65 with high energy, decreased need to sleep or diagnosed with bipolar disorder II and who are not receiving any treatment for depression, can contact mood.cognition.study@psych.ubc.ca. Upwards of $90 in monetary compensation will be available for participation in all three stages of the study.