Beaty will take you hunting for mushrooms — magic and otherwise 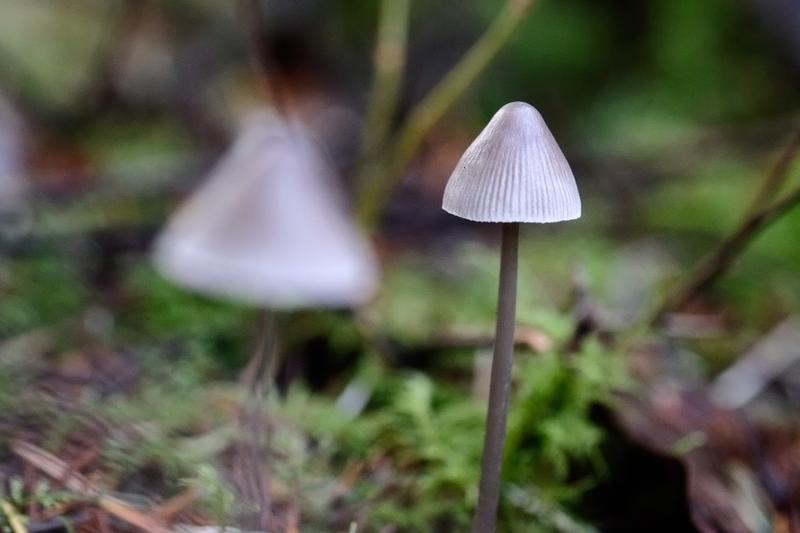 Though we associate mushrooms with forested areas like Pacific Spirit, where this specimen was seen, fungi can be found all over campus. Patrick Gillin

As winter approaches, it’s not only the rain that takes over Vancouver but also countless mushrooms. Tiny mushrooms, massive mushrooms, colourful mushrooms, mushrooms straight out of Mario Kart, poisonous mushrooms and mushrooms with hallucinogenic properties — although typically not ones you want — start popping up all over the city around fall.

It’s not even necessary to go into the city to spot some of these specimens. Right on UBC’s campus there is a staggering amount of diverse fungi to discover. That’s what UBC botany professor and fungi curator at the Beaty Biodiversity Museum Dr. Mary Berbee hopes to teach students and families on Beaty’s Guided Mushroom Walk.

The museum has hosted the walk for the past few years and has continuously sold out of tickets. This year — when the walk was held on November 5 — was no different in terms of popularity. 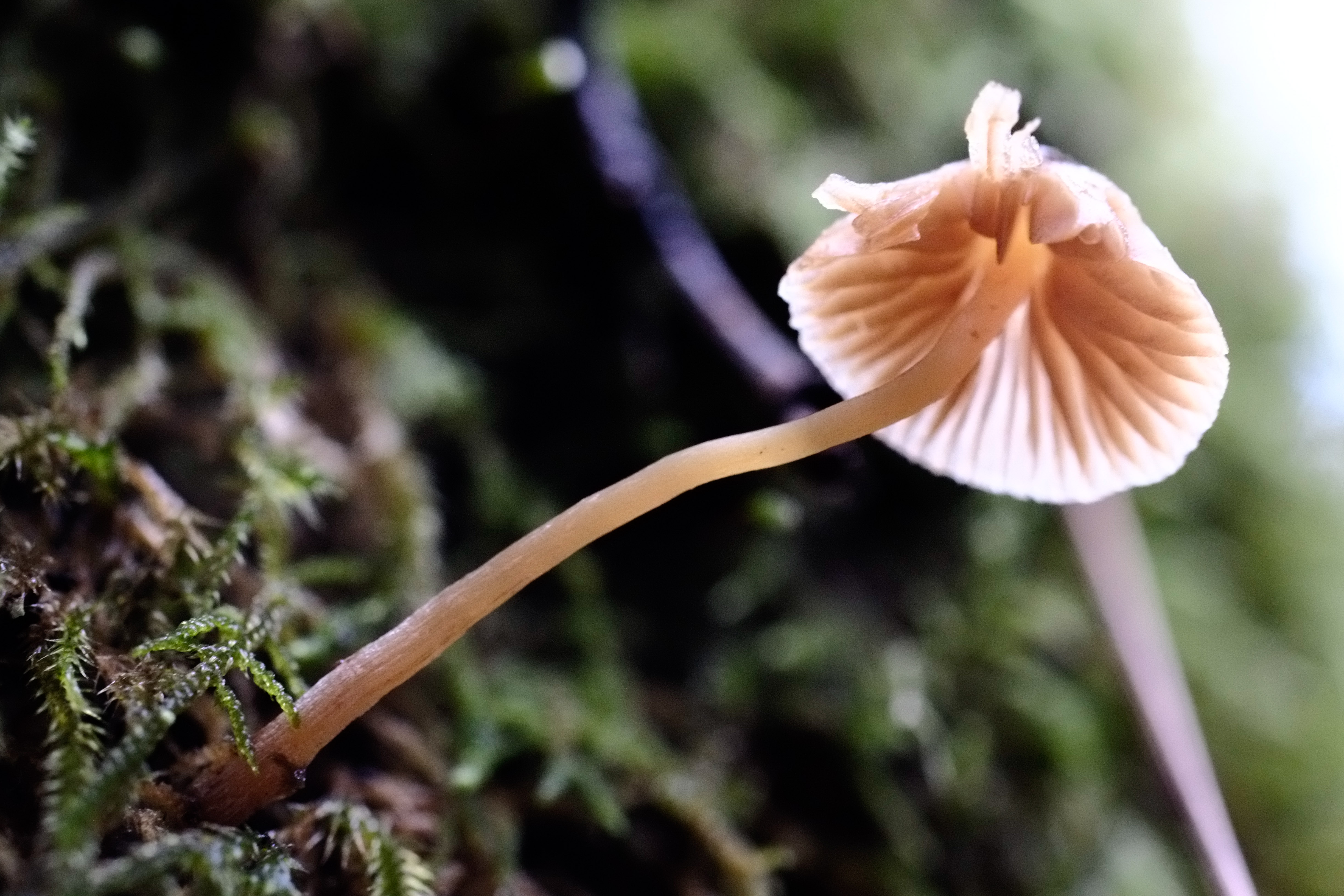 The day started with an introductory lecture at Beaty given by Berbee to dispel a few mushroom myths and fill in some background on why we see mushrooms now and not so much during the summer months. She stressed that, although fungi aren’t as visible in the summer, they are doing “their most important ecological work” at that time.

Fungi have a symbiotic relationship with trees or any woody debris such as mulch. The fungi provide fertilizing minerals and the trees or woody debris give back sugars. The calories the fungi accumulate eventually lead to the growth of the mushrooms we see in autumn. More calories mean bigger mushrooms.

After the lecture we put the fun into fungi, as the group filed out into the campus wilderness armed with a mushroom identification sheet, a handful of graduate students and Berbee herself to find as many species of mushrooms as possible.

Within maybe a minute walk from the museum the group had already spotted one known as shaggy mane — an edible mushroom that deteriorates quickly. Once people knew what to look for, the number and variety of mushrooms that were found grew exponentially.

In the exotic lands of the faculty of dentistry’s backlot and around the corner of the Koerner Library, the group collected everything from puffballs — mushrooms that release billions of spores into the air with just a tap on the cap — to fly agaric, which, if ingested, can have totally unpredictable effects including nausea, drowsiness, minor hallucinations, euphoria and dizziness. According to the graduate students, Vikings ate them for their psychoactive properties until they discovered alcohol.

For every new mushroom found, Berbee or the graduate students were there to explain its history, culinary uses, medicinal uses or a couple of fun facts. Once the group had gathered a hefty collection — more than 30 different species — they returned to the museum to display and categorize the mushrooms, ending with a vote for a favourite. 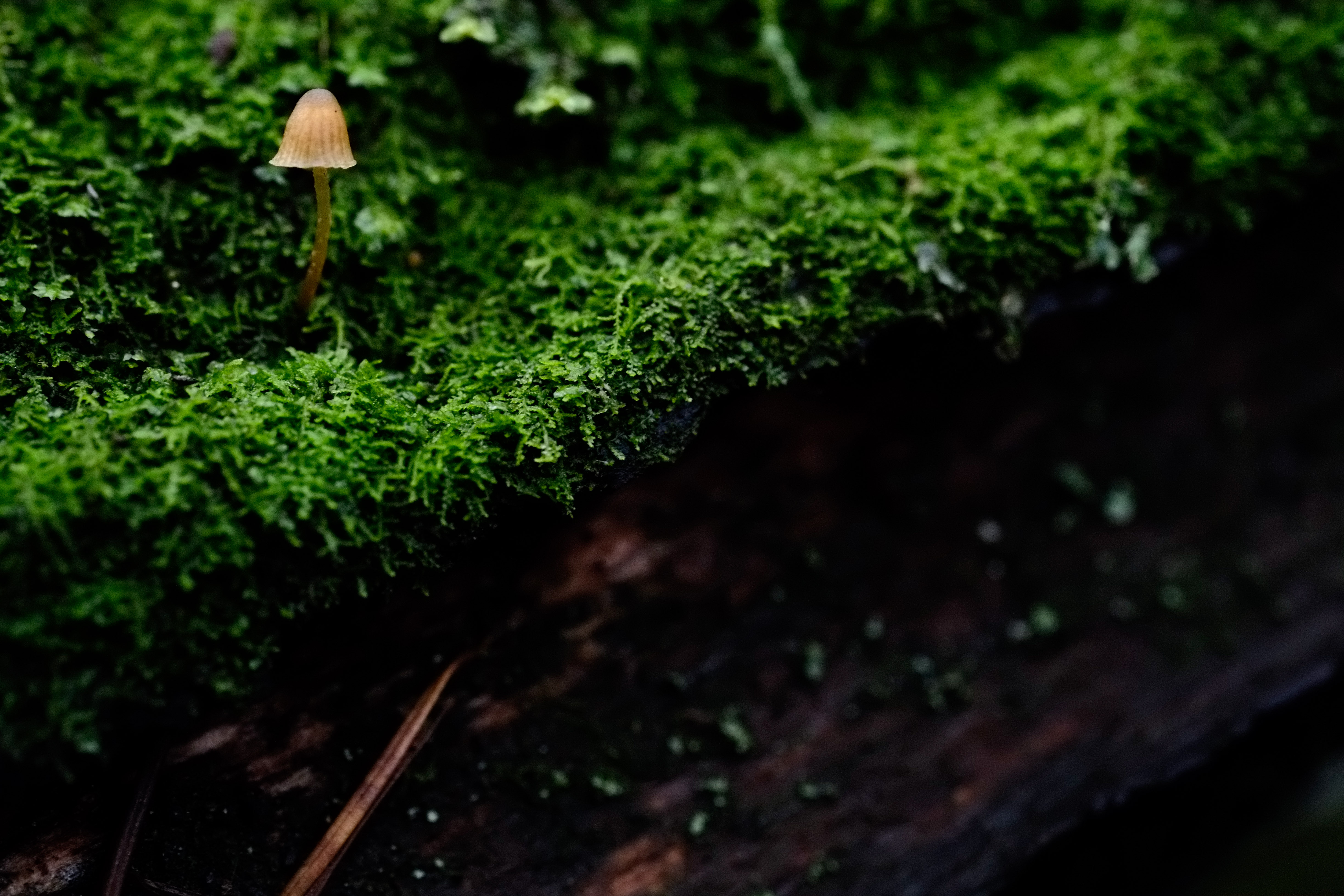 Unfortunately, with this year’s event being open to Beaty members only — memberships cost $35 a piece — the admission price for the average UBC student was a bit too much. For this reason the group consisted of mostly families, but Berbee hopes to change this for future years seeing how in the past “the students had got a kick out of it.”

Having not attended the walk doesn’t mean you can’t hunt for mushrooms yourself, although The Ubyssey does not condone ingesting any mushrooms you find without consulting an expert. If you decide to venture on a mushroom trek outside of campus, one of Berbee’s favourite spots in Vancouver is along 16th Avenue, where every year there are crops of “lovely little purple mushrooms.”

If you search hard enough, there’s even a good chance that you’ll find a wholly new species of fungi. Berbee attested to this — when her undergraduates collected mushrooms from a local park, upwards of a sixth of their findings couldn’t be matched to most known species through DNA sequencing.

Even if you don’t deliberately go out and scavenge for fungi, choosing to keep your relationship with the kingdom purely culinary or even perhaps psychedelic, what’s most important for Berbee is simply that students “keep their eyes open, because it’s amazing what you’ll see.”