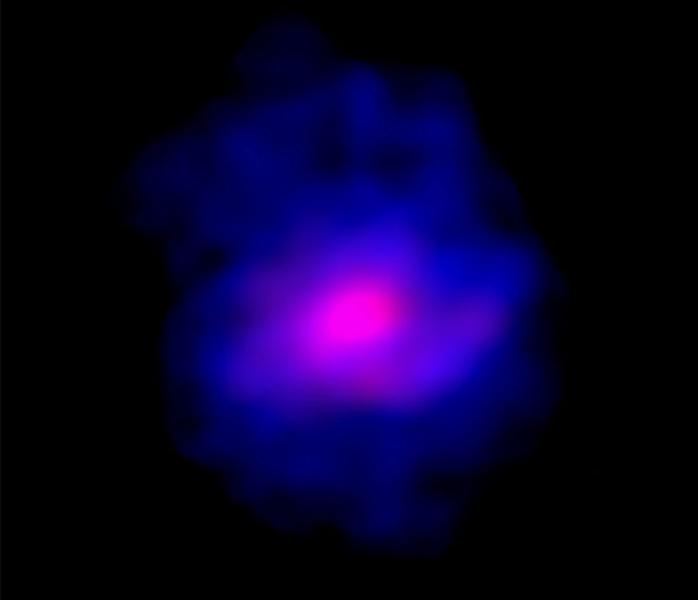 Image of ALESS 073.1 observed when the universe was only 1.2 billion years old shows the distribution of cold gas (blue) and dust heated by young stars (red). Federico Lelli

An international team of researchers, including a scientist from UBC, has released images of an unexpectedly mature-looking galaxy from the early stages of the universe.

The galaxy contravenes current theories of galactic formation, as many of its observed features were previously expected to form at a later stage in development.

Dr. Allison Man, assistant professor in the department of physics and astronomy, was a co-author in the study and worked on elucidating the structure of the galaxy, which was named ALESS 073.1. Its characteristics were obtained through detection of light emitted by the galaxy when the universe was only 1.2 billion years old by the Atacama Large Millimeter/submillimeter Array (ALMA) telescope.

Because the light took billions of years to reach Earth, the vast duration of travel changed the properties of its spectrum in a detectable manner. This allowed researchers to measure the age of the universe when it was emitted, in a phenomenon called redshift.

The imaging of the galaxy is from when the universe was “less than 10 per cent of its [current] age” even as the galaxy is seen to be “surprisingly mature,” said Man.

A distinctive feature observed was the presence of a bulge, or a large mass of stars clustered around the centre of the galaxy. Bulges were previously thought to have assembled from the collision of galaxies over time and thus were not expected to form in one of such a young age.

“We don’t really expect to find many young galaxies with bulges and so this one runs counter to our expectations,” said Man.

The galaxy was also seen to be a regular rotating disk, something that Man described as surprising. “We tend to think of galaxies, when they first form, [as] very turbulent … Somehow it already has these features that resemble a more evolved, mature galaxy.” 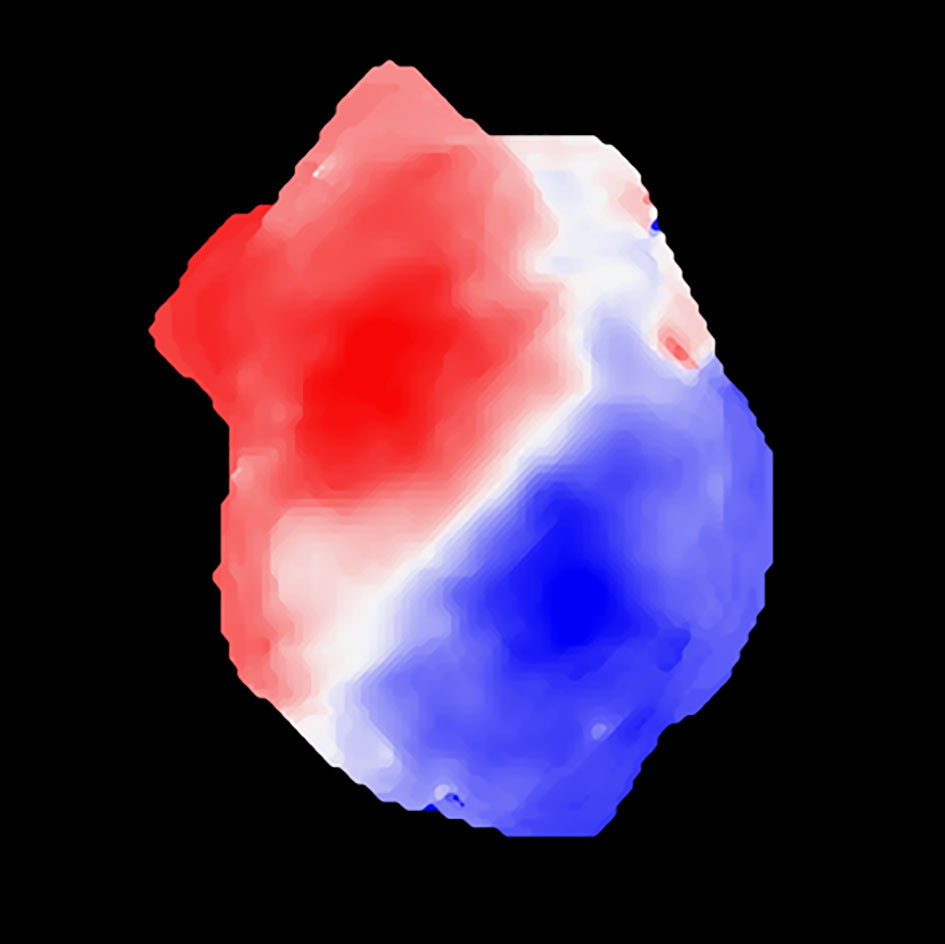 A supermassive black hole was also detected at the centre of the galaxy, its turbulent activity proving to be a distinct factor in the detection efforts.

“Galaxies are easier to detect when they have some sort of activity … [such as] when the supermassive black hole is actively growing or when they are bursting with young stars — and this galaxy is doing both at the same time,” added Man.

ALMA served as the primary source of data for the research while other telescopes, such as the Hubble Space Telescope and Chandra X-ray Observatory, also played a crucial role in providing background data and giving an idea of the location and rough characteristics of the galaxy.

“What we’ve done is that we went back to the source and observed [the galaxy] again with a different configuration of ALMA that gives us a very sharp view,” said Man. “… Previous publications [were] important in order to provide a good estimate of how long we needed to observe with ALMA to get a good rotation curve.”

According to Man, the process of going through the data to form a cohesive picture was a complex endeavour.

“The lead author, [Dr. Federico Lelli] … used the data to figure out what are the components that lead to such a [gaseous] rotation … and we found that we do need the bulge plus the disk component to fully explain all the properties of this galaxy,” she said.

The discovery challenged a number of assumptions that are currently held in theories of galactic formation.

Man described the results as part of “one discovery” and spoke of the need to get “better statistics or observe a much larger number of galaxies” to determine if the observations could be generalized.

“One of the telescopes that is very important for that is the James Webb Space Telescope … [that is] supposed to be the successor to the Hubble Telescope and is supposed to launch this year. And so many of us in astronomy are looking forward to its launch,” said Man.

“We hope that it will be able to provide a lot more discoveries related to galaxies in the young universe,” she added.

Man also pointed out the potential for innovation in instrumentation and the interest for students to engage in related training and computer programming that would be spurred by the discovery.

“I think it will be very interesting to figure out whether galaxies, when the universe was so young, had these bulges or not.”