Eating organic won't save the planet 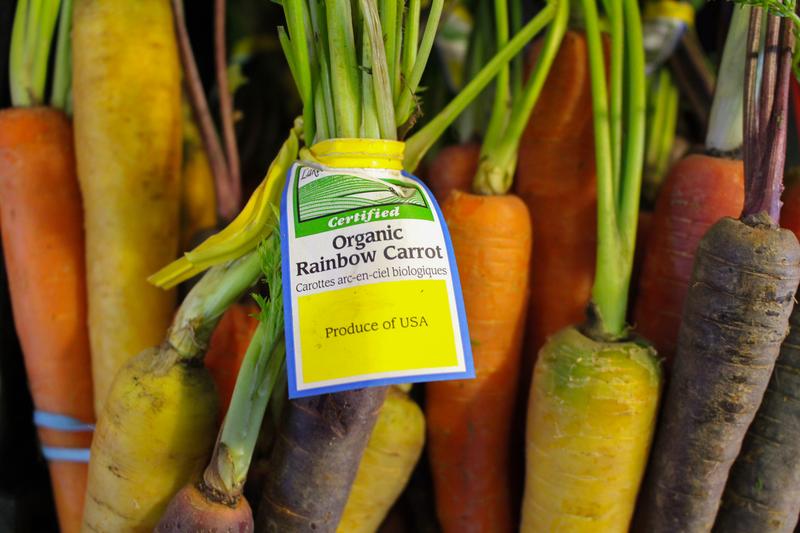 As a poor university student who chooses to spend all their money on beer and the occasional book, organic foods might not make it into your grocery cart. Despite this, even if for no reason other than its obvious price tag, perhaps you’ve asked yourself how much better the bunch of carrots that in some cases costs almost twice as much as normal ones really is.

In their essence, both the ongoing public conversations regarding organic food and your heated dinner table debates simmer down to one question — is organic food really worth the time, money and effort? When looking at a movement with such passionate arguments, it seems that more often than not, there are more opinions than facts. This is what drove UBC professor Dr. Verena Seufert to study the questions surrounding organic foods.

“I really try to look at the scientific evidence and see what we actually know,” she said.

Measuring what food is best seems like a simple task of ordering items, but how do you go about doing so when controlling for different motivations, let alone all of the intricate components that underlie agricultural systems? Most people eat organic foods for two reasons — they do it because they believe that it’s better for the environment or that it's better for their bodies.

In order to understand these relationships and collate the information already out there, Seufert and her fellow UBC professor Dr. Navin Ramankutty, break down the effects of organic agriculture into the steps that influence and are influenced by our food chain — the producer, consumer and environmental aspects in their most recent paper. 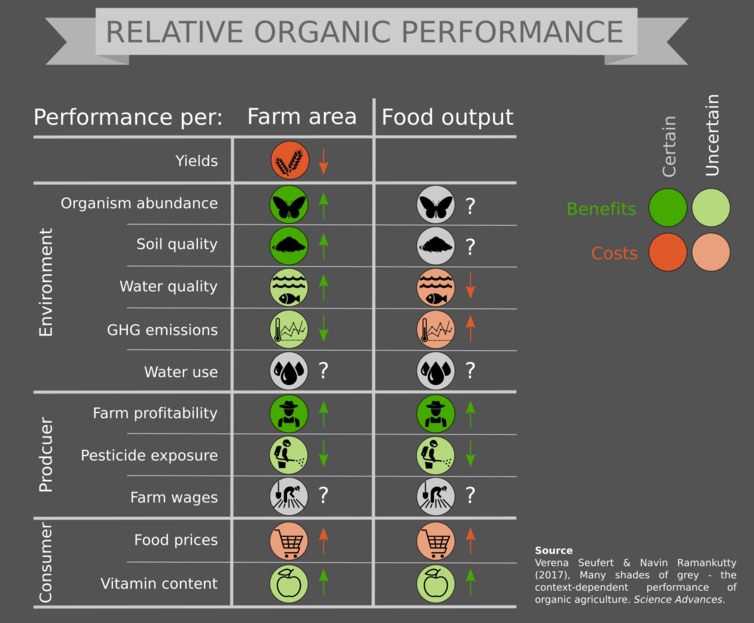 Organic exposes farmers to fewer pesticides, provide micronutrients (but they may not be that important) not commonly found in non-organics and is often better for the environment. Organic food has lower yields and use resources less efficiently. Verena Seufert and Navin Ramankutty

On the other hand, organic foods’ shortfall is found in their lower yields, the boasted micronutrients mentioned above might not really matter that much and they run as less efficient systems in terms of resource usage than what you would call conventional agriculture.

Contrary to what this may sound like, organic food is still important.

What you might call conventional agriculture has been witnessing falling nutritional contents and increasing pesticide and fertilizer dosage in return for bigger yields. All this while processing the food you won’t buy and adding it to ingredient lists as more unpronounceable words than you learned in Spanish 101. Why? Because they make money and policy surrounding food production is sloppy.

“We are very selective about what we eat organically,” said Seufert.

Consumers tend to buy more organic fruits, vegetables and baby food. If you consider that fruit and vegetable production involves the use of more pesticides than other commodities, this might be a good thing on its own. Here, consumer demand is acting in a way that benefits the health of the farmers and the ecosystem.

The meal you had for dinner last night plays a contributing role in human-caused climate change. Organic foods hold the potential for better understanding of crop rotation methods, conservation of agricultural land and maintenance of biodiversity. While certified organic agriculture only accounts for about one per cent of crop production worldwide, the methods, insight and knowledge involved are really something we should be considering carrying over into regulations on conventional agriculture.