On the Origin of Scientists: Molly Babel thinks linguistics is the “greatest thing ever” 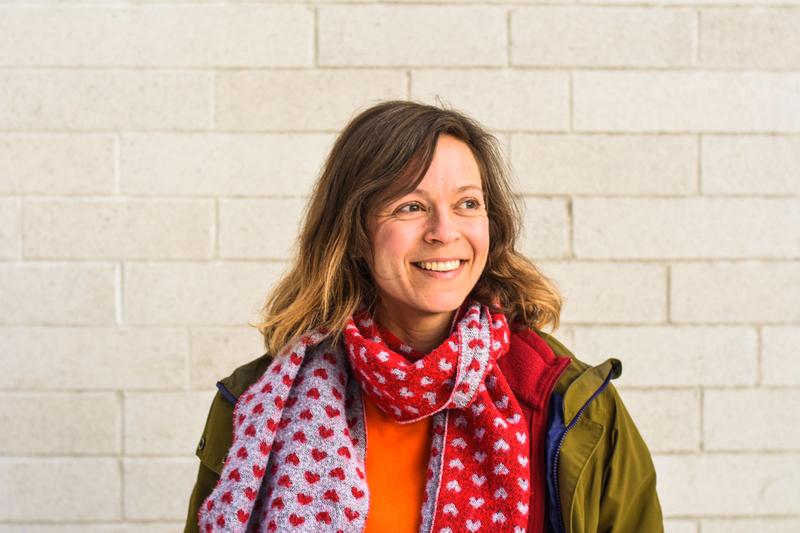 UBC is a diverse community — we are multinational, many-gendered and religiously varied. Sometimes we honour our differences and sometimes we fall short of doing so. Whether we want to be or not, we are all shaped by our shared environment.

Dr. Molly Babel — associate professor of linguistics, and an inductee into the Royal Society of Canada's College of New Scholars, Artists and Scientists — delves into the UBC community in her research. She recognizes that the diversity of our university campus can be a better representation of the world as a whole than other sample populations.

“Most of the work done in speech sciences uses monolingual native speakers of English,” said Babel. “The majority of the world is bilingual. Maybe a lot of what we understand about how spoken language processing works is a little too narrow for what the population at large in the world is really dealing with.”

Linguistics caught Babel’s intellectual curiosity when she was a freshman at the University of Minnesota. She was hooked when she realized that linguistics would allow her to bring together two of her deepest interests.

“To me, linguistics is the greatest thing ever because it’s the perfect combination of the physical sciences and the social sciences. It’s the basics of physics — trying to understand waves, acoustic waves — but it’s in people. People are messy, complicated and fascinating,” she said.

From there, she never left academia, going on to obtain a master’s degree and PhD at the University of California, Berkeley.

Now, in her Speech in Context Lab, Babel leads a team in researching questions about the perception and production of language, and the effect of the social context in which these activities occur. One of her aims is in understanding when and why speakers unconsciously imitate others. It turns out that we are more likely to imitate speakers when we want to please them, rather than when we know we have the vocal capability to speak like them.

Babel sees the UBC linguistic space as uniquely able to add nuance to previous studies. In 2010, a study claimed that listeners do not trust what non-native speakers say as much as native speakers. If true, this study would imply an intrinsic bias in human behaviour. “But they kind of jumped to conclusions in their methods,” said Babel.

How would this result change in a multicultural context, where listeners have life-long experiences hearing different accents, native and non-native?

“Looking at speakers who were Chinese Canadian and white Canadian — all born and raised in Richmond — it was only when we put a picture of the talker on the screen that intelligibility went down for the Chinese Canadian speakers,” said Babel. This suggests your ability to understand the speaker goes down only when you have an expectation of the speakers.

For Babel, it is natural to find inspiration in her environment. “It’s really fun to do work that other people find exciting. I want the students I interact with to see the relevance of the work that I do,” she said.

Her passion for linguistics continues into areas Babel hopes to explore in the future such as speech production in the situation of accent differences versus language differences. She finds the UBC community to be a perfect place to ask this question, where there are many passive bilinguals who can understand a language but not speak it.

Correction: It was original stated that Dr. Molly Babel was an assistant professor. Babel is an associate professor. The Ubyssey regrets this error.