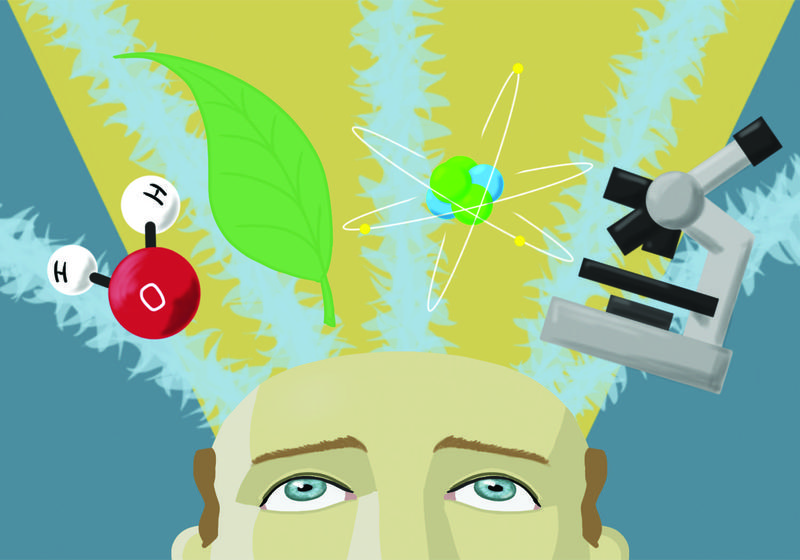 The Science Literacy Week started as an initiative last year although 2015 was the first year UBC has taken part in the celebration with numerous other institutions across Canada. Since the last year, the initiative gathered more partners to create a nation-wide event.

Over the week, people could see infographics on the work of six researchers in the Beaty Biodiversity Museum in an exhibition called Research Revealed. These infographics presented complex work of the scientists in a way that would be accessible to everybody. Mairin Kerr, the events coordinator at the Beaty Biodiversity museum, said that this is what science literacy is mostly about — communicating complicated science concepts in a way that everyone could understand and enjoy.

The Science Literacy Week at UBC was primarily aimed at students who are not studying sciences and wish to learn more. The event could become a gateway to finding a new science-related hobby, inspiration or new way of expressing oneself.

“We want artists to come and analyze organisms to understand their anatomy and use this knowledge in their drawings and writers to gain inspiration after they visit us,” said Kerr.

Science Literacy Week was an opportunity to remind people that science is not at all that scary and, in fact, can be quite interesting.

Science Literacy Week did not only attract public attention to science, it also allowed different institutions within the UBC to work together which ended in improved relationships between them.

During the main event of the the week, Hands-On Science, representatives from the Beaty Biodiversity Museum, Let’s Talk Science, Open Robotics, Engineering Physics and UBC Rapid showed people different ways of approaching science. The Hands-On Science reinforced the hands-on approach to learning so the visitors were able to see how engines work, touch selected specimens from the Beaty Biodiversity Museum and directly talk to the people involved.

In the future, these relationships between different institutions within the UBC could result in more events dedicated to the celebration of science or more research opportunities for people to get involved.

Over the course of the Science Literacy Week, science-promoting events were held every day both in the Woodward library and Beaty Biodiversity Museum. In the early afternoon, one could come to the Woodward Library to watch some science-related documentaries. Later in the afternoon, the Beaty Biodiversity Museum presented people with daily research tours. During these tours, participants were able to directly talk to scientists. Direct interactions with scientists and movies could easily spark interest in science and inspiration making the Science Literacy Week successful.

The Science Literacy Week was an inspiring initiative to educate people about science and provide the public with easy access to the science world. For some, this week could have inspired a new passion. For many, it was a way of broadening horizons and learning something new. Hopefully it sparked interest in those who have been afraid of science since they were kids and inspired them to relate their interests to science.