During the pandemic, the human-dog bond is as strong as ever

For some folks, the pandemic has served as the perfect opportunity to introduce a new furry friend to their families.

The COVID-19 pandemic has dramatically changed the way people live, and with that came an increased desire for canine companions.

A recent UBC study has found that as social isolation became the norm, adoption rates for dogs surged.

The study investigated how the pressures of the pandemic have impacted human-dog relationships. By analyzing information from Yad4, a national database for dog adoption in Israel, researchers were able to look into how Israel’s dog adoption and abandonment patterns changed during the pandemic.

Data showed that as social restrictions became more strict, more people were adopting and fostering dogs. Meanwhile, there appeared to be no change in dog abandonment rates despite initial concerns that they would increase.

Dr. Alexandra Protopopova, co-author of the study and assistant professor in the Faculty of Land and Food Systems, said there were news reports claiming that people were abandoning their animals even though it was unclear how the rumour started. According to Protopopova, people who saw these news reports actually wanted to help the situation by adopting. 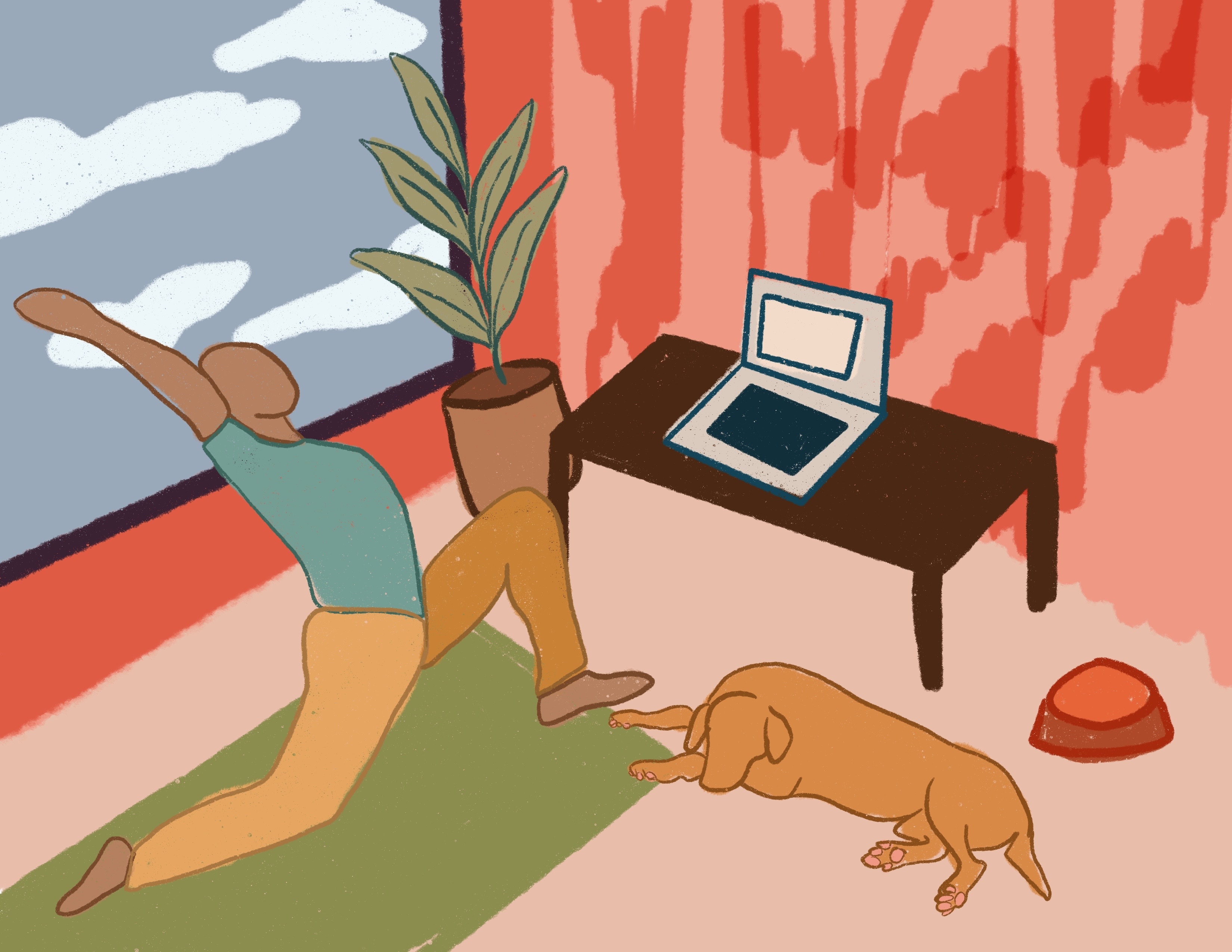 Dog companionship can counteract the harmful effects of social isolation, such as depression and other psychological symptoms. Lua Presidio

Protopopova highlighted the need for empirical evidence rather than unfounded assumptions.

Using a questionnaire to examine the motivation behind the spike in adoptions, the study found that of the 312 new dog owners who responded, 38.5 per cent said they had considered adoption before and “being at home during the COVID-19 lockdown seemed like a good opportunity.”

Some people adopted due to other reasons, such as the death of a family dog or to keep their children busy during the COVID-19 lockdown.

These findings align with the study’s emphasis on the One Welfare approach, which suggests that the welfare of humans and animals are bidirectionally connected.

In accordance with the One Welfare approach, animal shelters are taking a less traditional and more social services approach to providing support during disasters like COVID-19, said Protopopova. Leaders in the animal sheltering industry are trying to determine what services are missing from vulnerable areas and what can be done to “support the welfare of both the human and the animal.”

“We share our environment with our companion animals, and they share their environment with us,” said Protopopova, referencing the thousands year old history of cohabitation people share with dogs. “We are intrinsically linked.”

"For at least 14,000 years, we have been systematically breeding dogs. And we've been breeding them in a way that they can read our signals, understand our communications, have a direct empathy with us and so forth."

Dr. Stanley Coren, a professor emeritus in UBC’s psychology department who was not involved with the study, described the strong affinity between people and dogs as a result of genetics. After years of systematically breeding the friendliest dogs together, humans have created an animal that fills the “ecological niche” of being a companion.

“For at least 14,000 years, we have been systematically breeding dogs. And we've been breeding them in a way that they can read our signals, understand our communications, have a direct empathy with us and so forth,” said Coren.

According to Coren, dog companionship can even counteract the harmful effects of social isolation, such as depression and other psychological symptoms. For instance, seniors who live alone are highly susceptible to depression, but living with a dog can reduce their likelihood of developing depression by 75 per cent, said Coren.

Austin Leung, a third-year cognitive systems student, has been able to spend more time with his dog during the pandemic. He said this relationship has cheered him up in times of loneliness and compared having a dog to “having a friend that just always wants to be with you.”

His dog is also a source of support when he’s stressed. For him, hanging out with his dog is a more rewarding way to relieve stress than turning to his phone.

Leung’s response matches what experts say. According to Coren, evidence shows that interacting with dogs regulates people’s breathing, lowers blood pressure, relaxes muscles and reduces corticosteroids, a class of steroid hormones naturally produced in the human body. These changes are consistent with a reduction in stress.

“We pet a dog, and it’s the same thing as doing six weeks worth of Prozac,” said Coren.

The relationship between Leung and his dog reinforces an idea that experts have long known to be true: the human-dog bond is deeply rooted.

“If you look at most cultures, throughout history [they] have had a very, very strong relationship with their companion animal,” said Protopopova. “And it’s probably going to continue that way.”