TRIUMF has facilitated 50 years of curiosity and ground-breaking science 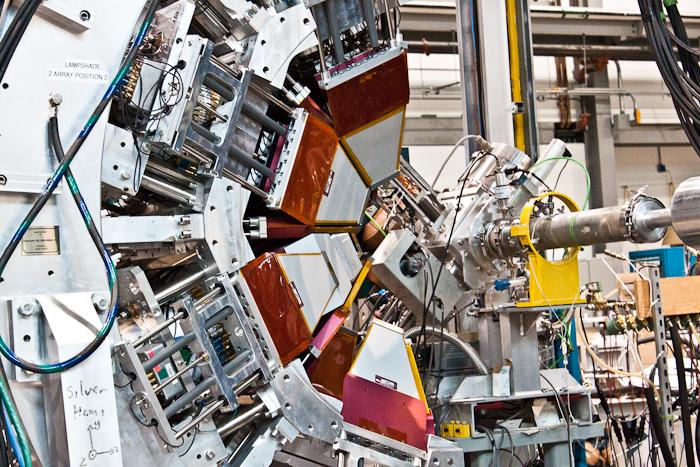 The TRIUMF cyclotron is one of the largest pieces of particle-research equipment built and operated in Canada. File Ashley Lockyer

Ask the average person what science looks like and you may get a wide range of answers: Lab coats? Beakers? Bubbling green liquids? How about a high-tech cyclotron that uses a 4,000-ton magnet to do cutting-edge particle physics research right here at UBC?

That’s precisely what’s at the heart of the TRIUMF institute located just off the UBC campus.

TRIUMF celebrated its 50th anniversary in 2018 with a year-long schedule of events, granting the public unprecedented access to see and explore its facilities, including its famed cyclotron.

According to Dr. Jens Dilling, associate lab director of the physical science division and adjunct professor of physics at UBC, while 50 years may sound old, the facility is anything but, with areas of study encompassing “molecular materials science, quantum materials, energy storage … developing new methods in artificial intelligence and helping solve problems we cannot solve any other way.”

A great deal of research with applications to society, such as power distribution, photoelectrics and medical isotope production, has been conducted at TRIUMF over the 50 years of its existence. Utilizing particle-acceleration and isotope creation technology like its 500 MeV cyclotron, the largest of its kind in the world, the institute is well-equipped to take on major scientific questions.

Conceived in 1965 as a collaborative effort between three western Canadian universities, its first director was appointed in 1968 and work began on the cyclotron in 1971, continuing until 1974, after which the first particle beam was produced. With then-Prime Minister Pierre Trudeau quipping, “I don’t really know what a cyclotron is, but I am certainly very happy Canada has one!” while officially commissioning the cyclotron, TRIUMF gained a research capability that was unrivaled at the time in Canada.

When asked about the institute’s impact on society over its years of operation, Dilling also spoke to a different aspect beyond just facilitating important research.

“Human capital is a tremendous thing. We play a big role in inspiring people, in developing people in the educational force, in contributing to a knowledge base in society and evidence-based decision- making,” he said.

TRIUMF’s undergraduate, graduate and postdoctoral programs comprise a notable contribution to the Canadian talent pool in the field of particle and material physics, with around 100 individuals being employed through these programs at any given time.

Differing from other federally-funded laboratories operated by the National Research Council in its atmosphere of academic curiosity, scientists at TRIUMF are encouraged to bring up topics of investigation and pursue curiosity-based “blue skies” research, as contrasted to the former which are more mission-driven.

“We are funded federally, but the federal government does not operate,” said Dilling, speaking of the institute’s independent academic culture. “It’s very goal-oriented … It’s not top down, it’s bottom-up here. We use complete academic freedom.” As such, there have been many note-worthy discoveries at the institute: one example is research on carbon “Buckyball” molecules that led to the 1996 Nobel Prize in chemistry for its potential to revolutionize nanotechnology and drug delivery.

A combination of a distinct academic culture, high-tech equipment and human capital is what has allowed for the research institution to collaborate across the globe, with partners such as the Helmholtz organization and CERN (European Organization for Nuclear Research). An example of this technology is the TRIUMF cyclotron, one of the largest pieces of particle-research equipment built and operated in Canada. Another asset of the institutes, the Advanced Rare Isotope Laboratory, is set to become a major contributor to rare isotope research, which would have far-reaching applications in fields such as medicine, materials science and radioactive waste management. 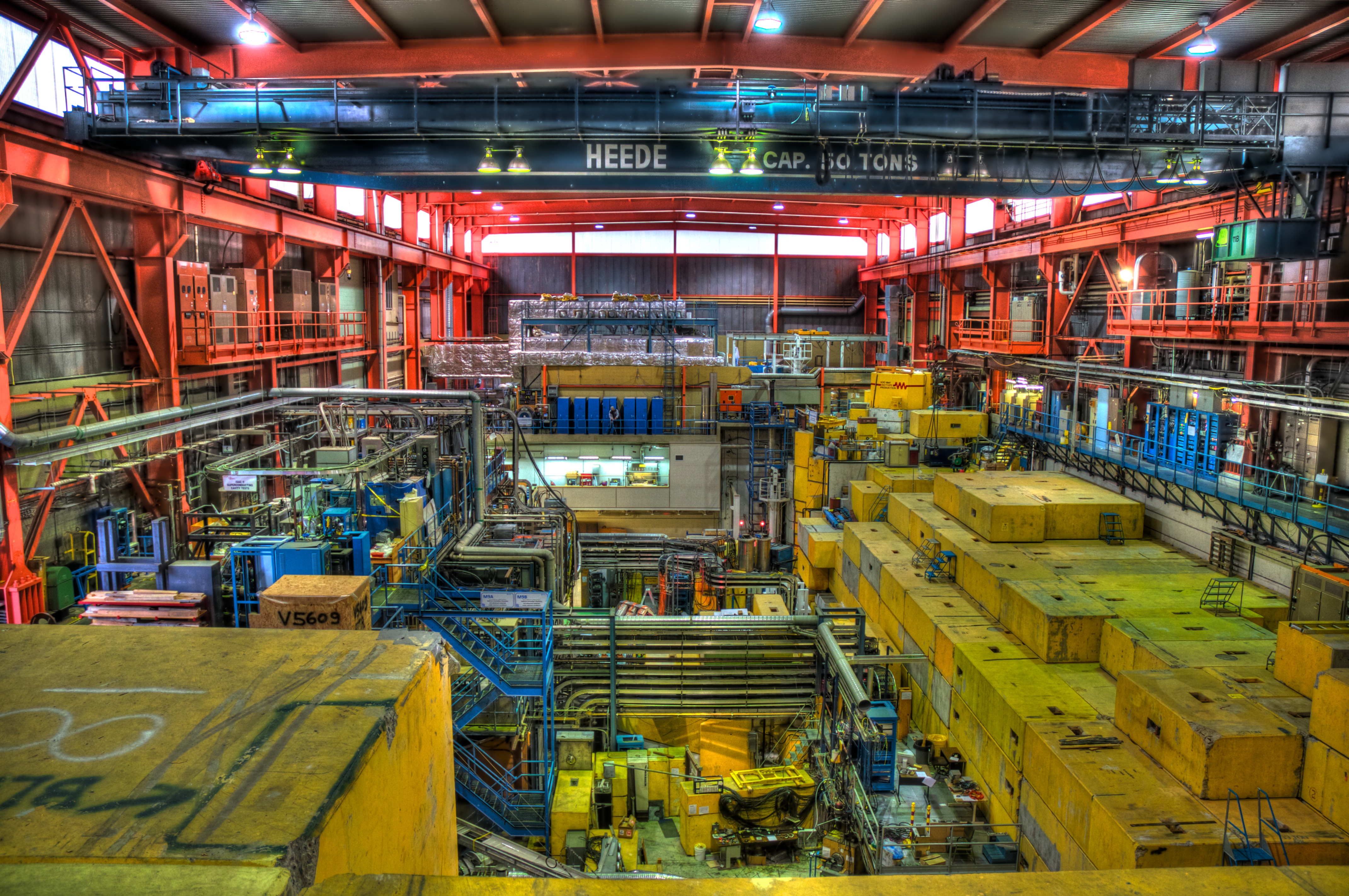 Utilizing particle-acceleration and isotope creation technology like its 500 MeV cyclotron, the largest of its kind in the world, the institute is well-equipped to take on major scientific questions. Courtesy TRIUMF

The centre’s impact on Canada and the world can be seen in many ways. One of these is the role that scientists at TRIUMF are playing in the quiet revolutionization of the production of Technitium-99m, a much-needed radioactive isotope used in several imaging and diagnosis procedures. If successfully implemented, many hospitals and clinics would no longer be reliant on large-scale nuclear reactors as a source of the crucial and limited isotope, allowing for an assured consistency of healthcare across Canada and the world.

Gradually building upon its capabilities, both in a technological and human sense, constant additions have been made to the facility, including the ISAC rare-isotope research suite, and NMR scanners, the Ultra-Cold Neutrino research suite, beamlines and proton/neutron irradiation facilities. Leveraging these capabilities, the institute has set records for isotope production and creation besides enabling pioneering work which won awards such as the Nobel Prize, the NSERC Brockhouse Canada Prize and the Herzberg Medal. The institute continues to look forward, and according to Dilling, could “grow perhaps to double our size … and have huge intellectual value propositions and potential.”

Asked what he considers some of the challenges that TRIUMF faces and will come to face going forward, Dilling responded, “One of the big challenges is always funding. And because we’re federally funded, our funding is directly coupled to the understanding and perception and value proposition of the federal government.”

With this in mind, TRIUMF’s research priorities have evolved over the years to meet current needs. TRIUMF continues to move towards improving its facility and capabilities with a cyclotron refurbishment and work on a specialized actinide beam line and electron linear accelerator being slated for the coming years.

“I think what brings me here every day, what motivates me every day and why I’ve stayed here over the years is the unique spirit, we have a tribe,” said Dilling. “So you have the university spirit that is present everywhere — trying, driven by curiosity and excellence, this freedom to think, the freedom to try cool things — but an infrastructure that is federally funded and more of a national lab.”