How Donald Trump speaks (and tweets) was crucial to his success 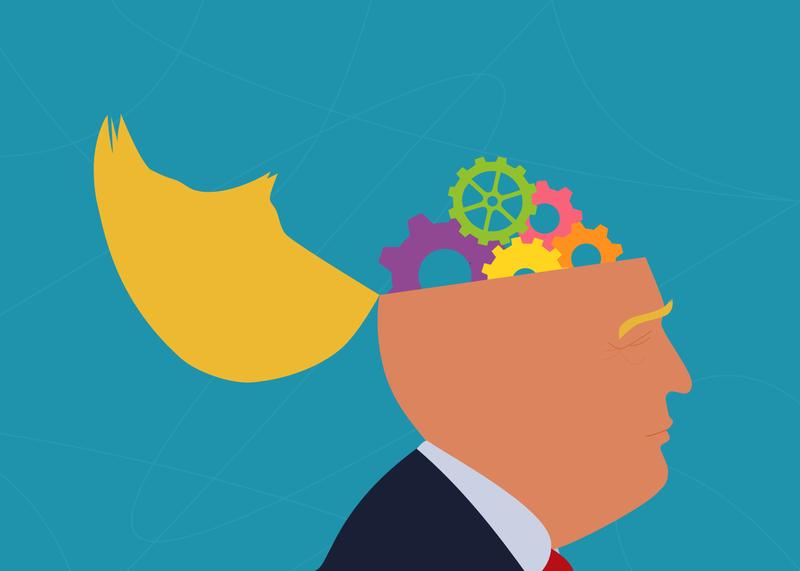 A new study by researchers from UBC’s psychology department argues that president-elect Donald Trump’s distinct communication style was a factor in his success during the Republican primary elections.

The paper analyzed the speech style and Twitter accounts of nine different Republican candidates and predicted that Trump would score the highest on six variables — grandiosity, first-person pronoun use, informal language, high Twitter usage, a low voice and vocal pitch variability — that have been proven to appeal to audiences. In the end, Trump scored the highest in all of the variables except for voice depth.

“The present study reveals that a populist communication style — grandiose, dynamic and informal — may have ‘trumped’ a carefully-reasoned platform,” the paper said.

In order to measure the grandiosity of the candidate’s speeches, the authors transcribed three early speeches by each candidate and gave them to coders who were instructed to count the number of boasts that a candidate made. To prevent any possible biases from affecting the study, the coders were under the impression that they were reading transcripts from the recent British election — all of the information specific to America, such as cities or names, were replaced with British equivalents or other substitutions.

The authors also used a text analysis program to measure the use of first-person pronouns and informal language in the transcripts. Likewise, a program that analyzes human vocals was used to measure the depth and variability of the candidates’ pitches.

Sara Ahmadian, the first author of the study and an undeclared UBC student, said that she took interest in Trump’s speaking style after being surprised by his success.

This election is a total sham and a travesty. We are not a democracy!

“All the experts said that he’s not going to file his taxes, he’s not going to be in the debate, [that] there’s no way he’s gonna win the nomination. Then, all of a sudden, everybody who’s meant to be an expert on this was wrong,” she said. “That just sort of sparked my interest in ‘why?’ Why are we all wrong? What is it about Donald Trump that makes him so unique?”

Although it wasn’t quantified or measured in the study, she pointed to Trump's tendency to over-exaggerate as another communicative styling that may or may not have made him appealing to voters.

Obama is, without question, the WORST EVER president. I predict he will now do something really bad and totally stupid to show manhood!

“It would be interesting to see how this over-exaggeration had an effect on his success. Whether it does or it doesn’t, I’m not a hundred per cent sure,” said Ahmadian.

However, the study acknowledges that it only looked at the Republican primary election and that similar research studying the Democratic primaries or other elections ought to be carried out to see if a similar pattern might occur in other elections. Ahmadian also predicted that the context surrounding a nation’s political state might determine whether or not leaders with grandiose or informal speaking styles can gain more traction in other elections.

Amazing how the haters & losers keep tweeting the name “F**kface Von Clownstick” like they are so original & like no one else is doing it...

“I think in times of war [or] uncertainty, [certain speaking styles] really come to stand out and they really come to be dominant in the political world,” she said. “You can see that with Brexit right now in England and you can see that even in Australia. So depending on the context and how much uncertainty there is, people will prefer someone who they can relate to more.”