UBC prof: your dog hates when you hug it 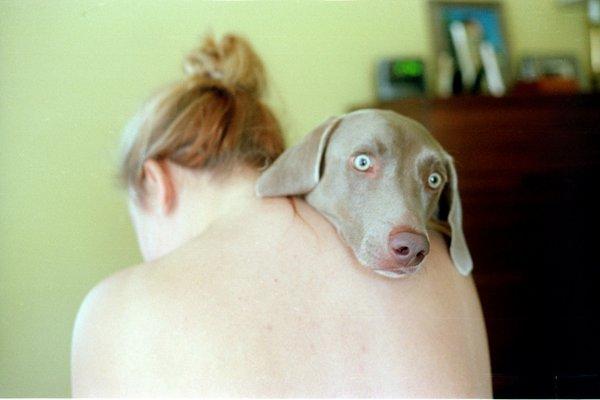 According to a UBC professor, hugging dogs may only be pleasant for humans.

This started when Stanley Coren, Professor Emeritus of Psychology at UBC and longtime canine researcher, brought his dogs to a “Doggy De-stress Day” at BCIT. While there is no lack of research demonstrating the positive and calming effects of interacting with pets for humans and overworked students, Coren noticed that his dogs were not always enjoying the interaction. Observing one of his dogs exhibit signs of stress upon being hugged, Coren set out to investigate the relationship between hugging dogs and canine stress levels.

“The signs of stress are very visible in dogs. They involve the ears being slicked down, the dog turning away from the site of the stressor, breaking off eye contact [and] yawning,” said Coren. “I thought to myself, 'Well, you know, if I had a big stack of pictures of people hugging their dogs it would be very easy to determine whether or not the dogs were showing stress signs.'”

At this point, Google came to the rescue. From an analysis of 250 photographs randomly selected from internet searches, Coren found that in about four out of five instances (81.6 per cent of photos), the dog being hugged exhibited at least one stress sign. To keep the data reliable, Coren omitted photographs where the dog’s face could not clearly be seen or another possible source of stress, such as being hugged and lifted in the air, was apparent.

“If you do [an internet search], you will find that there are a lot of happy people hugging very unhappy dogs,” said Coren.

According to Coren, the evolutionary basis of this behaviour may be due to dogs being a cursorial species, meaning that they are adapted for swift movements. In response to any threat, their first instinct is to run.

“What we're doing when we're hugging a dog is we're building a corral with our arms, which prevents the dog from running away,” said Coren. “So at some very basic evolutionary level, the dog feels trapped and it's beginning to show stress for that reason.”

Since publishing his original article in Psychology Today last week, Coren has received a multitude of emails and a response from a University of Colorado professor objecting that not all dogs are averse to hugs. While conceding that there are dogs who may tolerate hugs, including those in 7.6 per cent of the photographs he analyzed, Coren argues that the majority of dogs likely do not.

“The dog doesn't know you're hugging them as an affectionate thing; they only know they're being restrained,” said Coren. “So for you, it's an expression of affection, but for the dog, it's something quite different.”

Rather than hugging your dog, Coren suggests non-restraining alternatives such as patting them, tousling their ears, or speaking in an affectionate sing-song voice.

“Ultimately, every dog in the world would trade all of your hugs for a couple of treats,” said Coren.