Michelle Kunimoto just became one of the world's youngest people to discover a planet outside our solar system — not a bad way to finish your undergrad.

Kunimoto graduated yesterday amidst a flurry of excitement around her discovery. The 22 year-old spotted four new planets by studying information from NASA's Kepler mission — an initiative with the goal of finding Earth-like planets elsewhere in the universe — poring through information that experts often overlook or neglect to study at all due to their low success rate of finding useful data. Essentially, Kunimoto pulled a needle out of a really, really big haystack.

She was looking for transits, which occur when a planet passes in front of a star and there's a small dip in the brightness of that star — like the Mercury transit that happened recently.

"If you can measure that periodically, you can guess that it's actually a planet in orbit around that star," said Kunimoto. 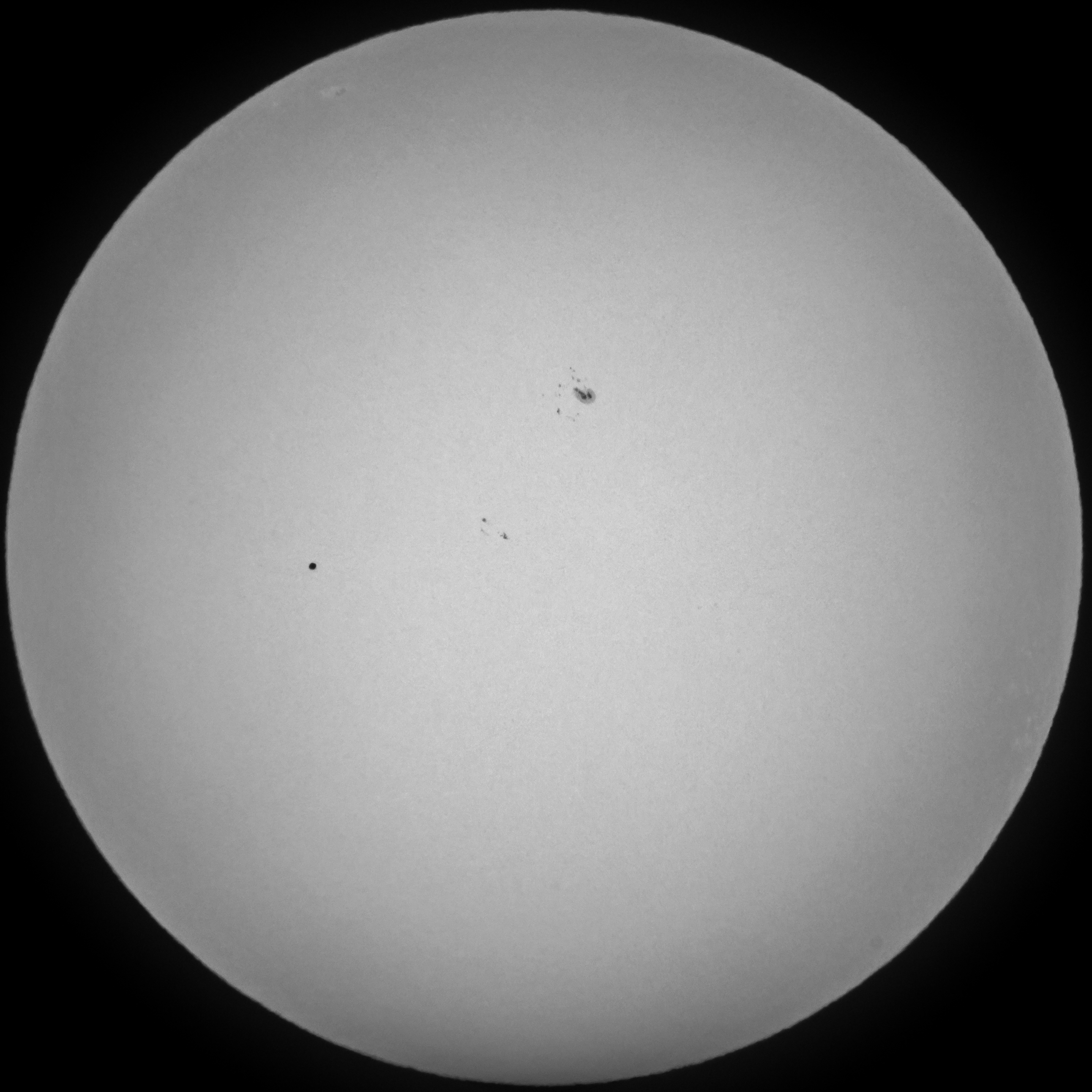 Mercury (that tiny dot) in transit across the Sun on May 9, 2016. Photo courtesy Wikicommons

Kunimoto pored through 400 light curves, uncovering hundreds of already-discovered planets in the process, before she came across her own findings.

"I was looking for weaker signals that they might have missed," she said.

And it paid off in spades. One of Kunimoto's discoveries, KOI (Kepler Object of Interest) 408.05, is in what's called the "habitable zone" — an area close enough to a nearby star that they could theoretically support liquid water and, potentially, life. At 3,200 light years away (for comparison, Voyager 1 will take about 17,500 years to reach one light-year from Earth) we probably won't be visiting anytime soon, but that doesn't make it any less of an important discovery.

"These are the types of planets we're really excited about when we're looking for life in the universe," said Kunimoto.

KOI 408.05 is probably too large to sustain liquid water on its own, according to Kunimoto. It's probably more like Neptune, an "ice giant" of our own solar system — but if there happen to be any moons around it, they'd be prime candidates for containing liquid water.

Kunimoto dedicates much of her success to UBC astronomy professor Jaymie Matthews, a member of NASA’s Kepler executive council who took her under his wing.

"I've been so fortunate to work with Dr. Matthews. He's established so many contacts for me around the world and given me so many opportunities — including looking for planets — at an undergraduate level. That's the stuff of dreams."

And she's not taking any breaks. Kunimoto heads to Montreal tomorrow, where she'll be working at McGill as a research student in exoplanet research for three months before heading back to UBC in September to start her master's in astronomy under Matthews.

Where does she see herself in the future? Paying it forward.

"I want to be able to take what I've experienced and give that to someone else. As Kevin Spacey says, I'd like to send the elevator back down."