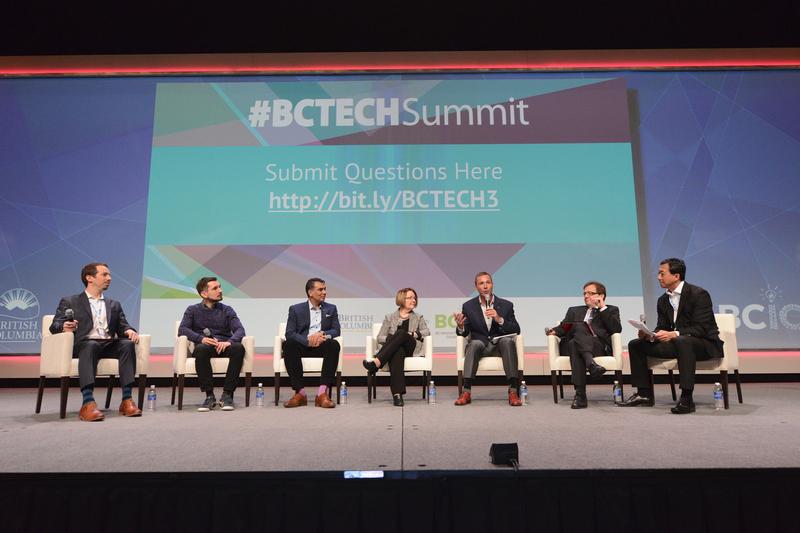 It was geeky. It was techie. It was cool. And it was another opportunity for UBC to show the world some of its newest tech. It was the BC Tech Summit, a two-day event that took place at the Vancouver Convention Centre on January 18 and 19, and it presented some of the latest BC technologies, research and further developed business opportunities between different sectors.

Robert Fraser, chief operation office of Personalized Medicine Initiative (PMI) and the associate director of the Life Science Institute, was one of those invited to participate in the summit by the BC government.

Along with hosting a booth showcasing his work with the PMI, he sat on a panel which discussed the future of medicine. Instead of a one-size-fits-all approach to treating disease, physicians in the future will deliver treatments customized to individuals based on their genetic information. This approach not only saves money and is beneficial to patients and families, but also creates new high-tech economic opportunities, according to Fraser.

Physicians may also choose not to use drugs and instead “prescribe” individuals changes to diet and exercise plans. PMI includes making sure individuals who do receive medicine receive the right type and dosage, thus reducing the costs spent treating adverse drug reactions. One of the reasons these reactions might occur are differences in the rate at which drugs are metabolized for individuals.

“This variance … explains why one individual may suffer from an adverse drug reaction from taking a pill a day, while another individual may not be getting any benefit from that dosage,” said Fraser.

Another participant was Rickey Yada, the current dean of the Faculty Land and Food Systems. Yada sat on a panel that discussed issues surrounding the quickly growing human population.

Plans include the transformation of rural landscape into areas on which commodities can be grown. Modern technology is being adopted widely in agriculture today and so Yada and his colleagues are able to fertilize and grow products in a very precise and organized manner that is increases efficiency.

UBC experts who presented at the summit were doing so as an intellectual endeavour to show peers, as well as members of the public, the latest in their scientific and entrepreneurial research and thought.

As Fraser put it, “When you put rationale … and apply it, you can get the right answers.”