Athleting with Angela: Experiencing the art of figure skating from a front row seat 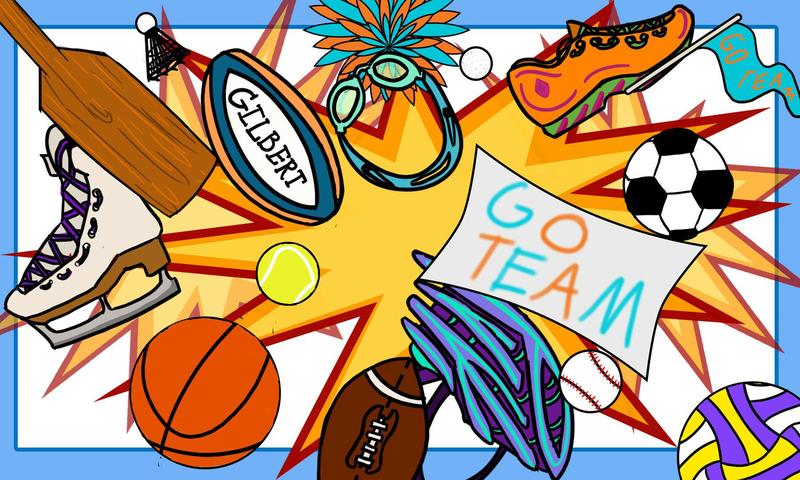 In my time knowing my grandmother, she was very mean and never said a nice word to anyone. She would drag up horrible, traumatic memories from her children's lives right at the dinner table, and one time she made me eat a soup so spicy I cried. Once I got 25/25 on a spelling test and she told me that beauty and brains don’t come in the same package. That being said, if there is one good thing my grandmother taught me, it was a love of figure skating.

Through pure perseverance, luck and a role here at The Ubyssey, I was granted a shiny, shiny press pass for the ISU Grand Prix Final. If you didn't know, this is top level stuff — like the Olympics, but it was only figure skating and held in Doug Mitchell Thunderbird Sports Centre.

Here are some lessons I learned at the prestigious event:

As stressed out as you feel after failing your POLI 380 final and thinking you’ve let your whole family down by not passing a stats class, your stress is nothing compared to the stress of a 13-year-old world champion figure skater.

It was oddly comforting to think of how my woe of potentially having to retake a class is infinitesimal compared to a tween having to defend an international title. You can just retake the class, you know?

The ‘sexy’ vibes of ice dance don’t really sink in when you’re wearing two sweaters and a parka.

Something about ice dance lends itself to more, uh, sexy performances than general skating. It’s hard to get into the spirit of, um, romance when you can’t feel your fingers, though.

People clap harder for you when you fall

This sort of sounds like an Instagram #inspo quote but it's true. People clapped harder for skaters that messed up a jump or were dropped by their partner than if they had actually completed the element. Now, if only I could’ve figured out how to get people to clap for me after I failed my POLI 380 exam.

Patrick Chan attempts to be a journalist just like you, so you can’t freak out every time you see him

At one point in the weekend, I almost ran full speed into Patrick Chan because I was hustling to eat more sandwiches in the media room. I stopped myself right before I actually ran into him and then he thanked me. I think he thought he was about to run into me. Really this is just an excuse to brag that I made eye contact with Patrick Chan.

A minimum of three and a maximum of all of the skates had Leo quotes just stuck in their routine. The music would stop and then Leo would say something from Titanic or Shutter Island or whatever and the music would start again. It was very popular every time it happened. People whooped.

Vanessa James’s skate flicked a little piece of ice into my face. It was awesome.

Your grandmother may have been mean, but that’s probably just because she felt bound by her socio-economic status and the patriarchal-ness of her upbringing in the old times

Figure skating is a beautiful sport. Athletes spend decades perfecting their craft for the fleeting chance they’ll get to the level of the ISU Grand Prix Final. It was an honour to sit in the front row and see the world’s best compete. Actually, honour does not go far enough. It was an unforgettable experience. Seeing CBC journalists broadcasting live, freezing my butt off metres away from Vladimir Morozov, and thinking of how proud my mean grandmother would be of me, even if I probably failed POLI 380, was unbelievable. Hell, she’d probably even have commented on how beautiful I am.