"They just really want to compete and they want to play and want to represent the school,” said UBC golf head coach Chris MacDonald. And represent UBC they have.

To say that the UBC Thunderbirds golf teams have come out of the gates hot is an understatement. In a program where excellence has become par for the course, the T-Birds golfers have returned to action in stunning fashion.

The results don’t tell the whole story though. Like all of the UBC community, COVID-19 has left a deep impact on teams’s seasons. With their 2020/21 season confined to just interprovincial events, the return to action this fall represented a light at the end of the tunnel — a return to normal.

In a normal competition season, the T-Birds would be playing most of their year down in the United States. Being a member of the Cascades Collegiate Conference (CCC) in the National Association of Intercollegiate Athletics (NAIA) means that their tournaments take them to Washington, Oregon, California and Arizona. Sometimes, they even venture out to Hawaii for invitational tournaments.

Of course, this changed dramatically with the pandemic. In fact, the first tournament of the year on September 13 was the first time the T-Birds had crossed the border to play since March 12, 2020. 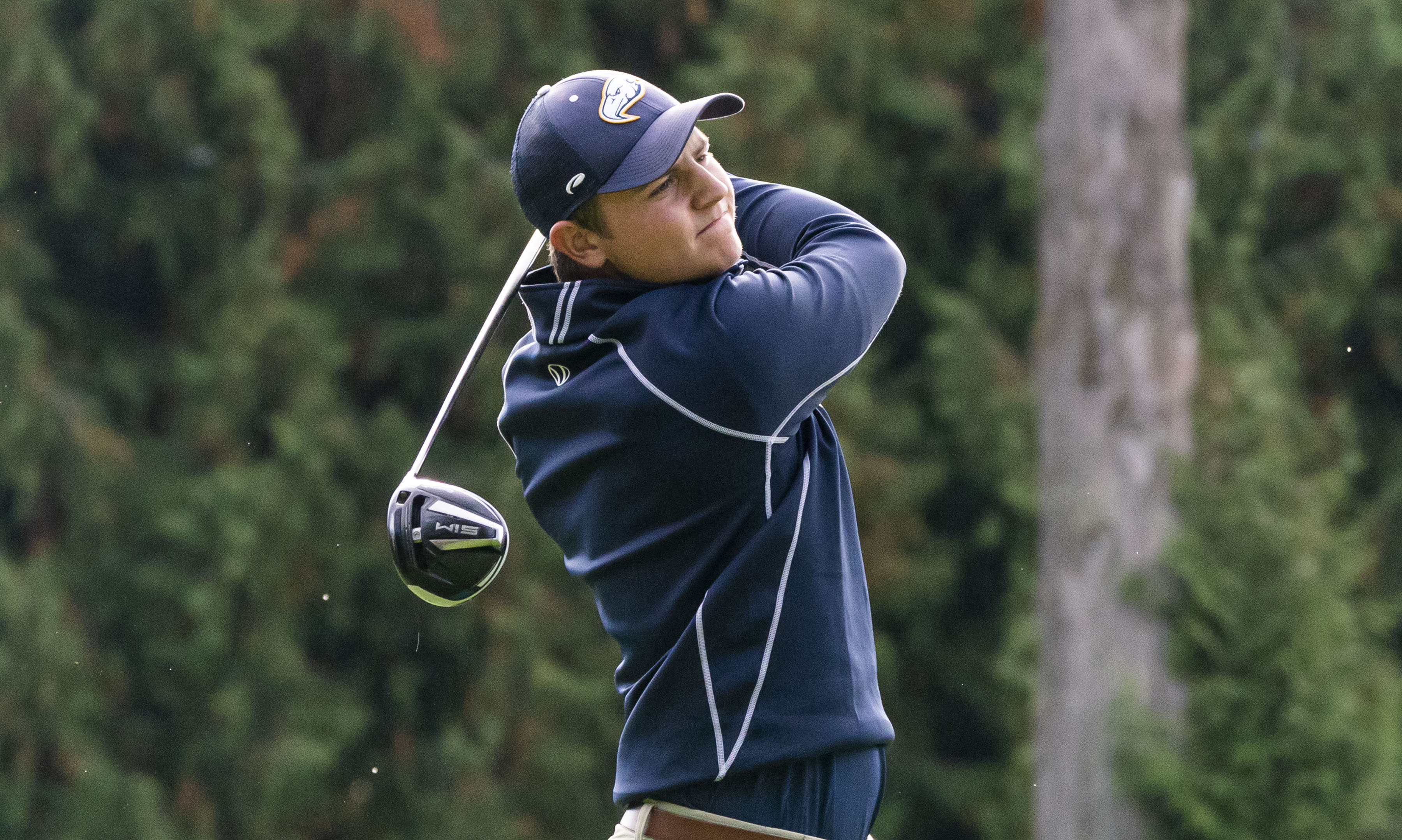 In fact, the first tournament of the year on September 13 was the first time the T-Birds had crossed the border to play since March 12, 2020. Courtesy Rich Lam/UBC Thunderbirds

Even a small border hop was difficult for their opening appearance in Bellingham. “The land border’s shut, so we had to fly to Seattle a couple times and drive to places that normally we would just drive right over,” head coach Chris MacDonald said. “Then also gett[ing] the [COVID] testing done before and within the range of time on the way back, it’s added a lot more complexities.”

With challenges facing the players on and off the links, MacDonald was quick to praise the resilience of his group. “The students have been fantastic about it. They’re understanding. They just really want to compete and they want to play and want to represent the school.”

And represent UBC they have.

All they do is win, no matter what

The results from the UBC Invitational should’ve been warning for the rest of the CCC and Canada West. UBC’s clean sweep of every event — the men’s and women’s team and individual — set the tone for the weeks that followed. Though the battles were tough, the T-Birds prevailed in each and every team event they played in, cumulating in another set of Canada West banners.

The tournament in Squamish didn’t come easily either. “On the men’s side, we were pretty close to tie with Manitoba … to pull ahead of [them] by 20 on the last day, a lot of the character was shown,” said MacDonald recounting the men’s team victory. “It wasn’t an easy day, pouring rain and cold and miserable out there, and they just kept going and showed a lot of pride in their play.”

Making her season debut at the Canada West Championship, Grace Bell had plenty of support from her team and coaches. “I knew the second day weather was not going to be the best, so our coach Keri [Moffat] made sure that we all knew to put out a good score day one just in case day two got cancelled,” she said. “I was able to go out there and shoot under par which was awesome, and then I followed it up with an even, which was really good in the conditions.”

Bell claimed the women’s individual title and earned herself Canada West Golfer of the Week honours in her very first competition. 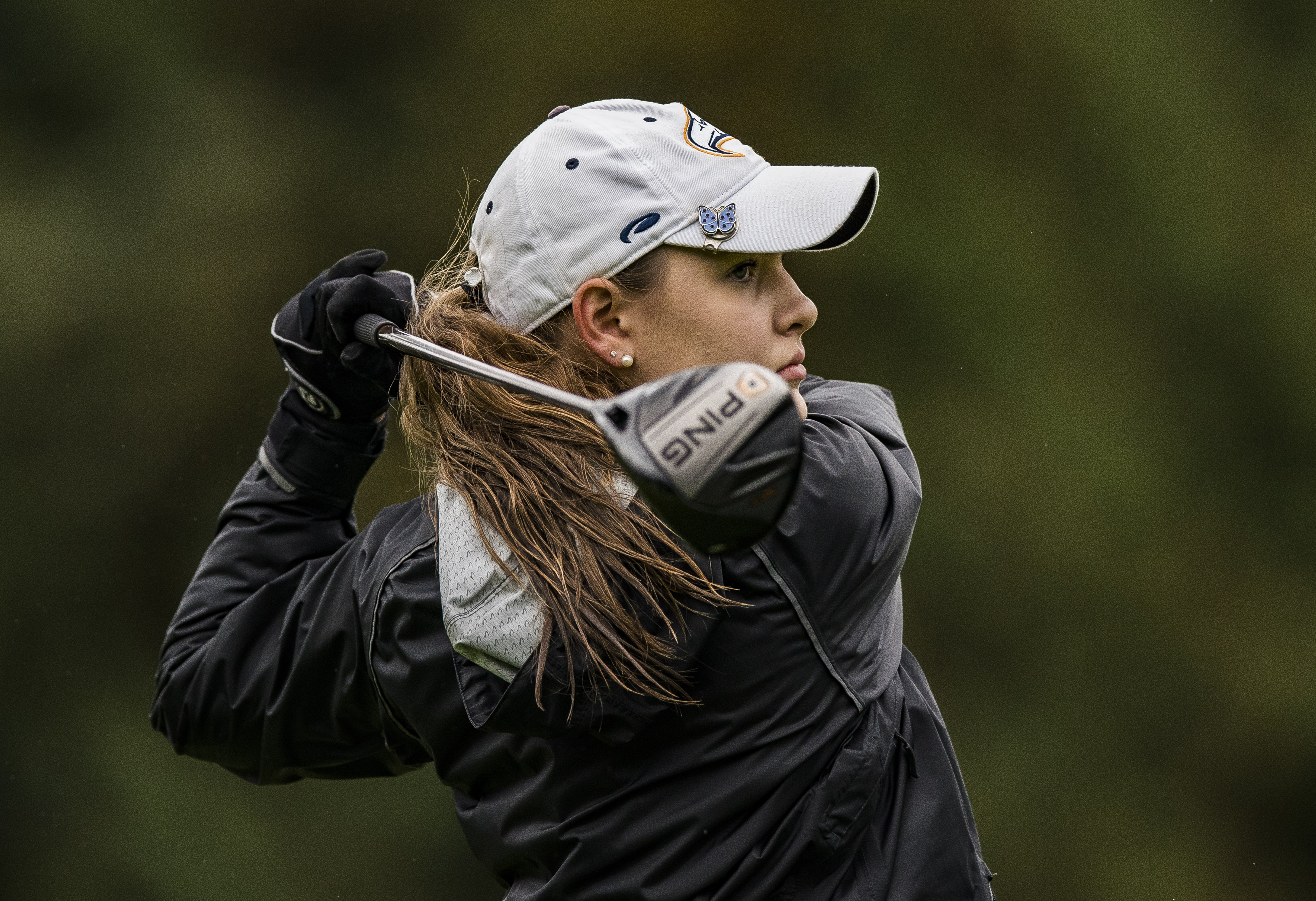 On the men’s side, Russell Howlett came agonizingly close to a clean sweep for the T-Birds, dropping the individual title to Ethan Banks of Calgary in a playoff.

It wasn’t just the efforts on the course though. Behind the scenes, MacDonald was responsible for organizing the entire event. “It feels like every event, it’s like organizing a national championship,” he joked with a laugh. “Coach Keri’s done a great job and coach [Jeff] Buders done a great job for me as well, they allowed me to really operate the tournament.”

In a sport that depends so much on individuality, the T-Birds have fostered an incredible sense of camaraderie. A team isn’t a team in name only for these golfers, who support each other on and off the course.

“Being a varsity athlete has come with its challenges just trying to balance the school and the golf,” Bell said. “I’ve had awesome academic support from outside resources and then my team itself has just been so supportive, we’d help each other with everything.”

She laughed as she gave a vivid example: “We were doing calculus [Saturday night] in the middle of the lobby, like four of us.”

Howlett also praised UBC for helping foster a team environment. “It’s been a lot of fun playing at the club we practice at, that has been a huge help for me,” he said. “We just as a team at UBC have access to great facilities, so that’s been a huge help.”

A lot of it has to do with MacDonald’s emphasis on team building. “We also have some really good returning players too, Shania Remandeban being our captain on the women’s side [a fifth-year student] and Ethan De Graaf, another fourth-year senior,” the coach remarked about the importance of a stable culture.

It’s also helped that UBC’s been able to attract top talents. “We’ve recruited five women in the top 30 in the country,” said MacDonald. “I think maybe as an experienced coach and having a mature program now, we’re starting to see some of those players choosing to stay at UBC, which is fantastic for UBC golf.” 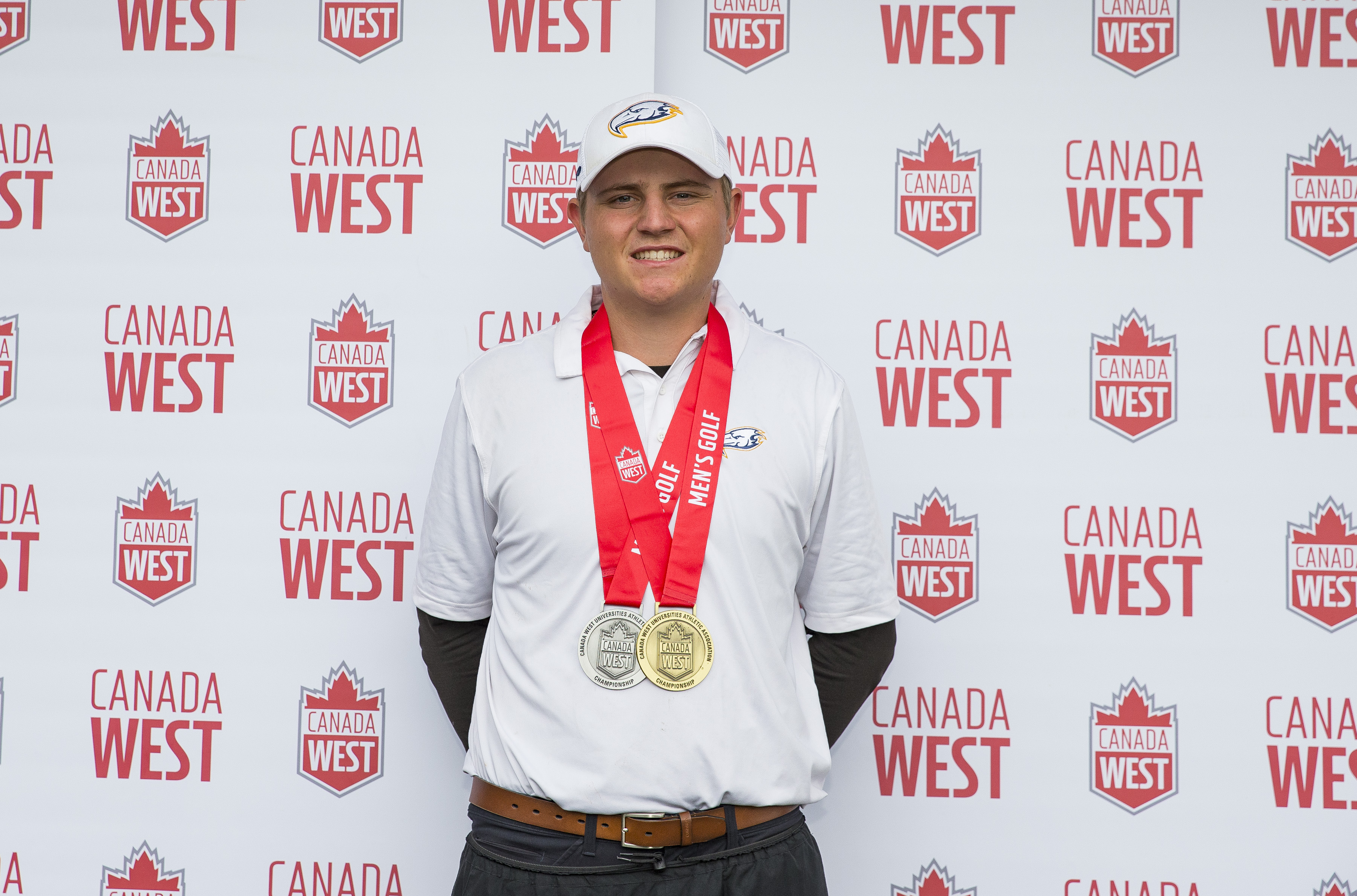 It’s also helped that UBC’s been able to attract top talents. Bell claimed the women’s individual title and earned herself Canada West Golfer of the Week honours in her very first competition.

The T-Birds will have just wrapped up their fall season, finishing off with the UBCO Invitational this past weekend. However, none of them will rest on their laurels.

“We have a little bit of time off, which will give us time to get in the gym, a little bit stronger,” said Bell. “We’ve been going pretty hard the past week so hopefully I can get a minute to catch my breath, and then focus on putting some really good scores [in] spring.”

Howlett echoed his teammate’s sentiment. “I[’ve] got a few big things to work on, so a goal would be to use this off-season to my advantage and strengthen some weaknesses.”

With three big championships coming up, including the Canadian University Championship that the T-Birds look to defend, MacDonald is keen to keep the focus on the present. “What we want to do though is just keep training and keep stressing the process of what we have to do to get into position to play well at those events.”

They will be in for a challenge, especially as more events are being scheduled in the works. The coach has faith in his crew though. “I’m very confident with the group of players we have, they have a lot of experience there,” MacDonald said. “They’re good academically as well so they’ll be in a good position to represent the school well.”

With the wind at their backs, there’s a small pause before the T-Birds resume on the back nine. If the fall season has shown anything, it is to expect great things from this great group of golfers.