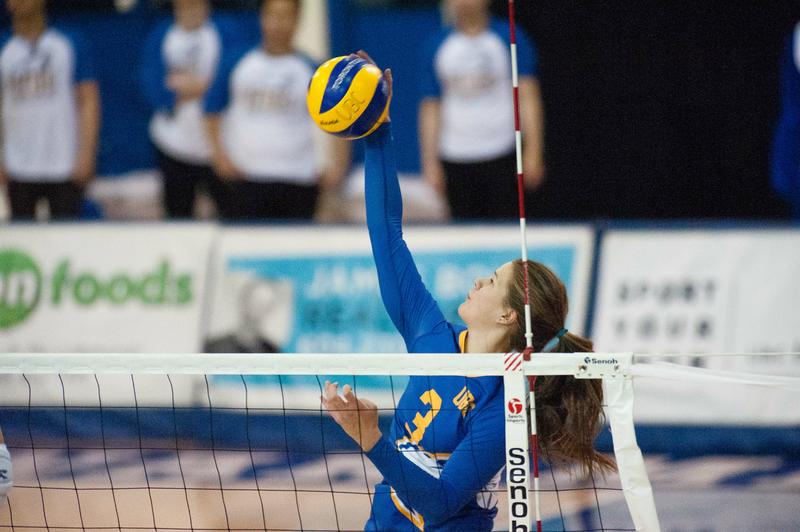 National team player and UBC second-year outside hitter Kiera Van Ryk has been named Canada West player of the year for women’s volleyball.

After another year of play at UBC, the offensive player once again dominated in the conference and even some national stats.

Van Ryk leads U Sports with 398 kills this year — over a third of the ’Birds total — and even nationally in this year’s playoffs. She also leads Canada West with 0.77 aces per set.

She has scored a total of 445 points in the Canada West conference — over double that of her closest teammate Tessa Davis at 200.

After taking home U Sports rookie of the year in 2018, a U Sports player of the week title and Canada West player of the month over her two-year tenure, her trophy shelf is getting heavy.

The Surrey, BC native came to the Thunderbirds through Surrey Christian High School last season. In her high school career, she won BC High School player of the year in her Grade 12 campaign.

Canada West player of the year is nominated by the 13 women's volleyball coaches of Canada West — making this a unique honour for the T-Bird.

Even better for UBC, she still has three years of eligibility.