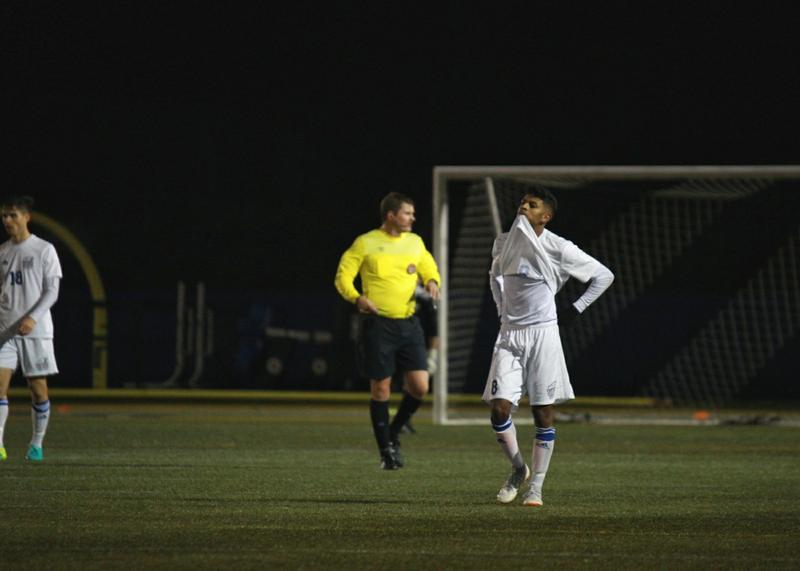 In the nightcap of the men’s soccer national championships quarterfinals, it was the Carleton Ravens that outlasted the Canada West champion UBC Thunderbirds, winning 3-2 in extra time.

In front of a strong contingent of UBC fans, the Thunderbirds were the team that came out flying.

T-birds striker Kristian Yli-Hietanen appeared to score the game’s first goal in the 14th minute, but it was disallowed due to an offside call. The play of Carleton goalkeeper Nick Jeffs also stymied the Thunderbirds attack for much of the first half, spoiling an otherwise dominant start by the hosts.

With the score tied 0-0, both teams went into the intermission needing adjustments to break the deadlock in the second half.

It was finally broken in the 74th minute on a beautiful strike from outside the box by Carleton’s Gabriel Bitar that beat the outstretched arms of UBC goalkeeper Jason Roberts. 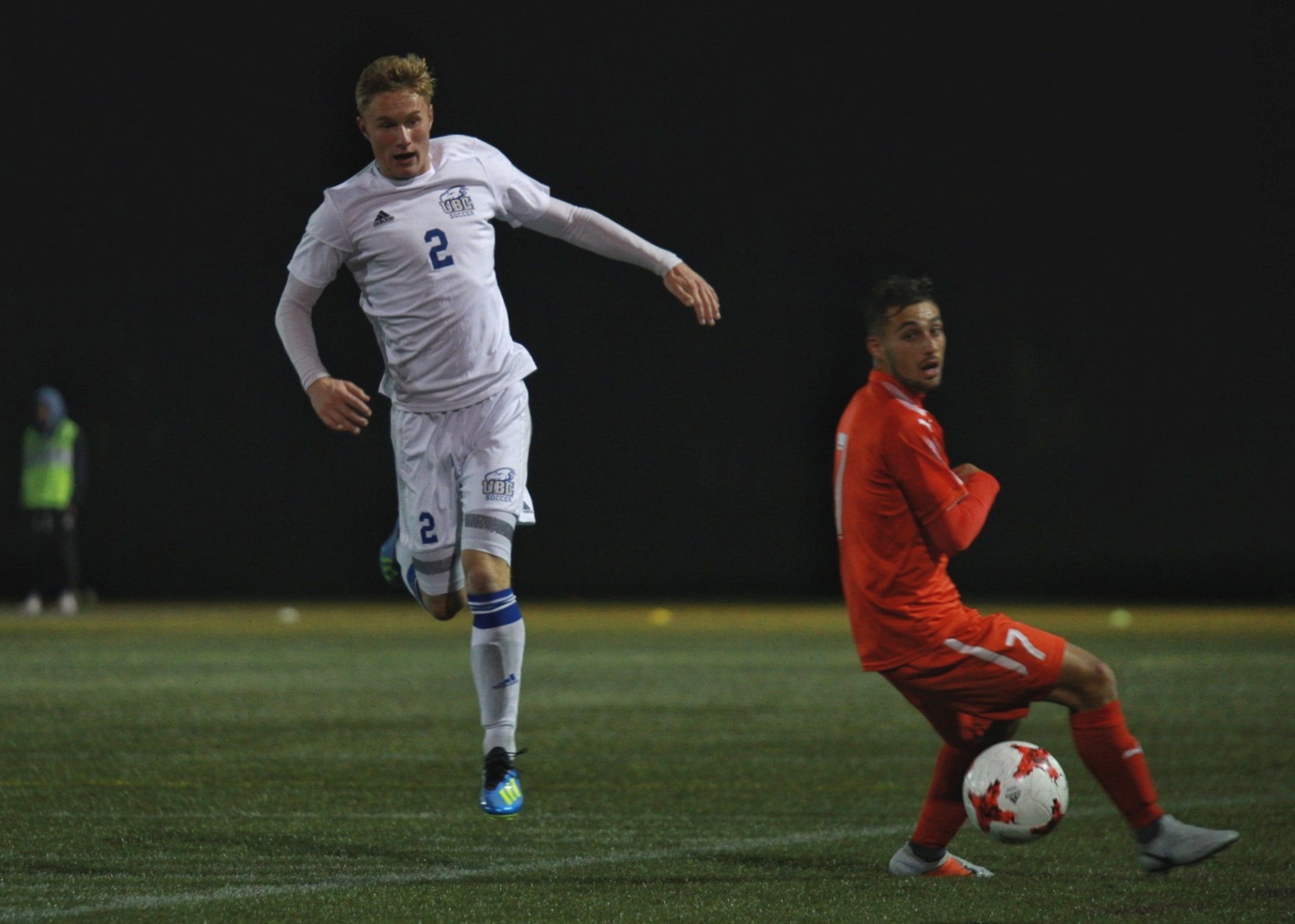 Despite outshooting the Ravens, the Thunderbirds weren’t able to solve Jeffs — with the game nearing stoppage time, they were in search of answers. They found one in the 84th minute courtesy of second-half substitute Mackenzie Cole, who finished off a UBC corner kick.

Both teams exchanged scoring chances at the end of regulation, but neither were able to get the ball in the net and the game went into extra time.

After gaining momentum in the second half, the Ravens started to seize control in the extra frame. In the second minute of extra time, Carleton’s Christopher Malekos headed home a corner, putting the OUA finalists ahead once again. Bitar then made it 3-1 with his second goal of the game just before the end of the first half of extra time, silencing the crowd at Thunderbird Stadium. 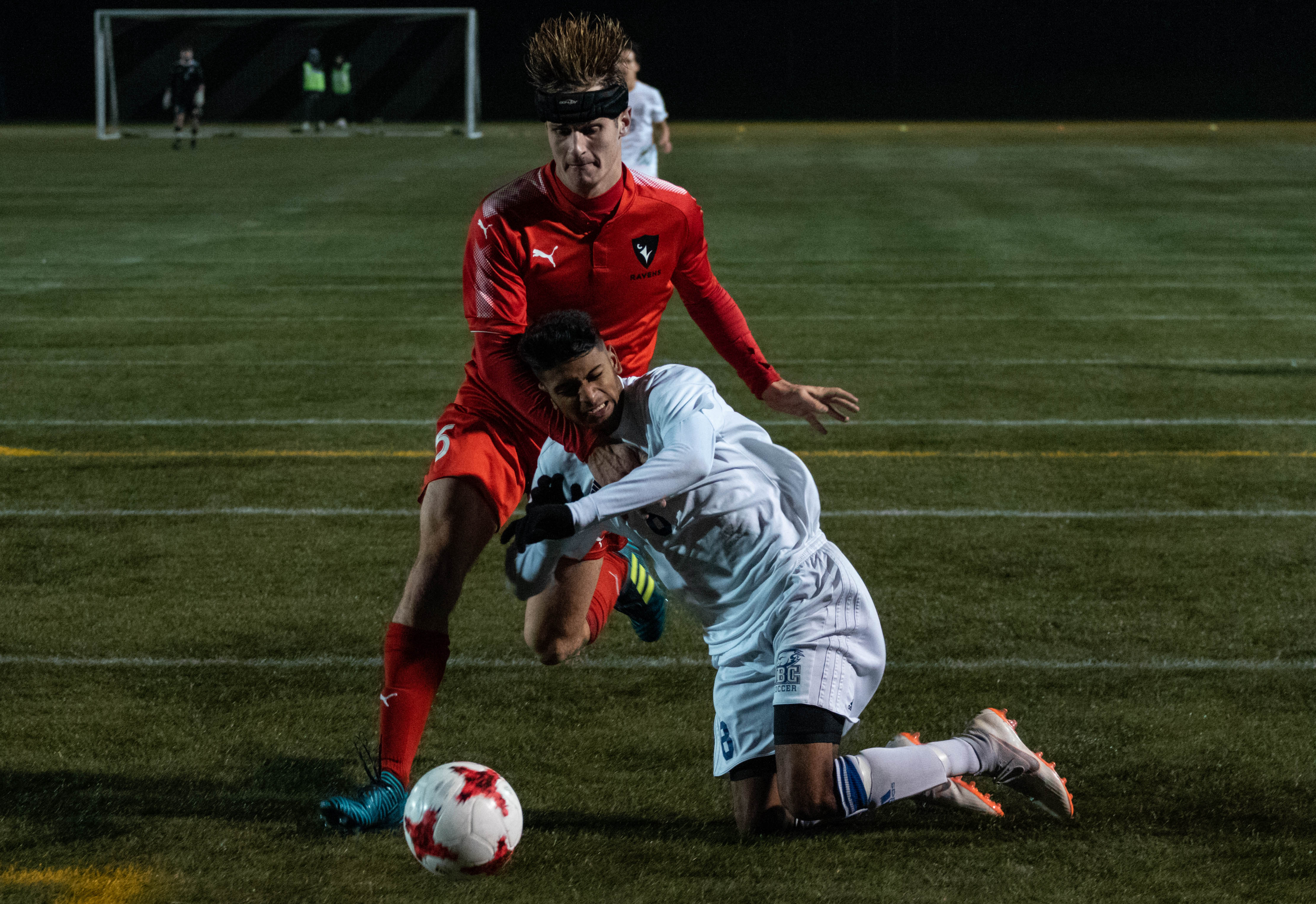 In the second half of extra time, the Thunderbirds were able to cut the lead to one on an unassisted goal by Connor Guilherme, but were unable to find an equalizer.

After the game, Carleton coach Kwesi Loney expressed how proud he was of his team for adapting to the hostile environment, as well as his team's poise to withstand the initial pressure put on by the Thunderbirds. 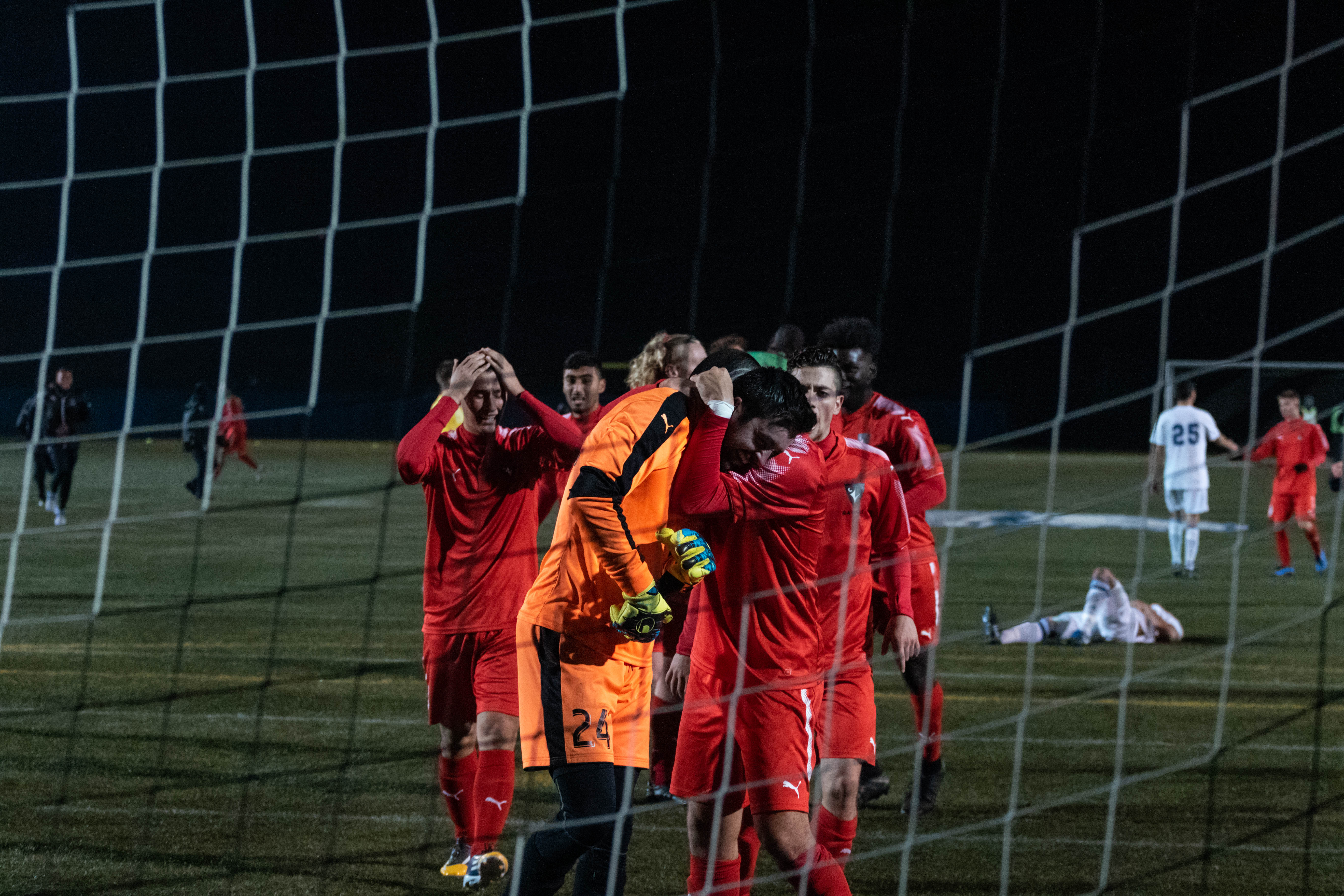 “Mosher and his team are an incredible side. [They’re a] very tough team to play against, and we knew that coming into this game. We knew that it was going to be a battle from the beginning. We knew how to prepare for it, it was just a matter of weathering the storm and taking our chances,” Loney said afterwards.

“We knew that if we were going to have a shot today, Gabriel would have to play a real good game for us. And we know that he’s very clinical in his opportunities when [he] has them. We knew it was going to come, it was just a matter of whether he was ready for the moment,” Loney said of his star.

With the win, Carleton will move on to the semifinals, where they will face the reigning national champions, the Cape Breton Capers. The Capers defeated the UQAM Citadins in the earlier quarterfinal matchup.

The Thunderbirds will play the Citadins on the consolation side of the bracket for fifth through eighth place.

For continued coverage of the national tournament, see our nationals thread.