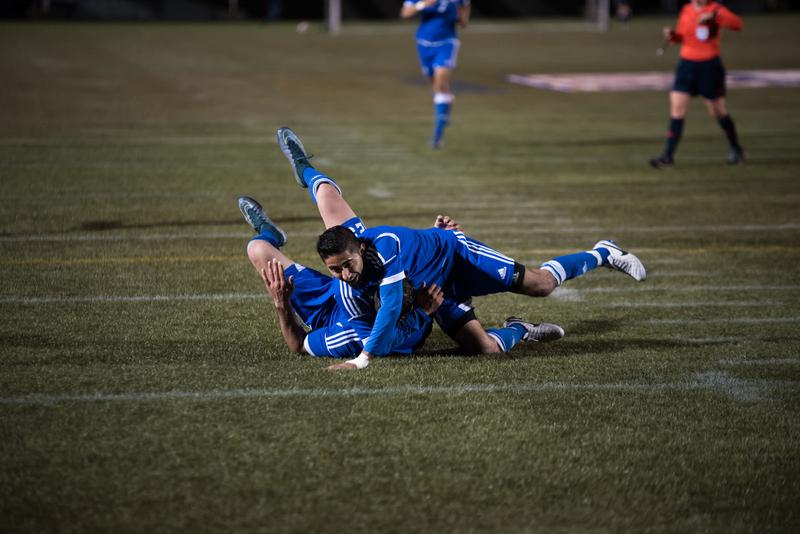 Their preseason was not the best, but the Thunderbird men’s soccer team opened their Canada West regular season with a satisfactory win against the Thompson Rivers University Wolfpack (TRU) and a draw against the UBC Okanagan Heat (UBCO).

On Friday, the team went to Kamloops, BC to play against TRU. Going into the game, the 'Birds were expected to shake the dirt off their feathers and cruise to victory in the first game of the conference. They had shut out the Wolfpack on both times that the two teams had faced each other last season.

Despite this fact, Wolfpack midfielder Justin Donaldson scored in the 13th minute to put TRU ahead. After the goal, the 'Birds improved their game, dominating more in the later parts of the first half.

The game carried on for a while, with neither side gaining any significant advantage until the 56th minute, when T-Bird forward Titouan Chopin scored a goal to make the game level.

UBC made 16 shots on goal during the game while TRU made five shots. It was only a matter of time before the 'Birds came back.

UBC rookie Manpal Brar— who came unto the field in the second half— scored the 'Birds’ second and final goal in the 73rd minute. The T-Birds then maintained the score to finish their first game of the season as a victory.

The next day, the 'Birds went to Kelowna to battle UBC’s sister school team, the UBC Okanagan Heat. Once again, the first goal went to the opposition. Luke Warkentin scored a goal  in the 21st minute to put the Heat on top of the Thunderbirds.

The 'Birds tried to recover and they eventually retaliated in the second half, a little after the 57th minute of play.

They would outshoot the Heat 13-6 the entire game, but were unable to create a different outcome from a tie. They pressed hard, pushing the Heat goalkeeper Mitch McCaw to make six saves in the game as opposed to the comfortable time T-Bird goalie Chad Bush had with his one save.

The team did well in turning their preseason woes into a regular season win and although they were down against the Heat, they reacted well and fought to make it a tie. The second halves of both games showed a glimpse of the Thunderbird powerhouse seen in previous seasons and what we can expect in the weeks to come.

The Thunderbirds will continue their season campaign with two games against the University of Northern BC Timberwolves (UNBC) next weekend. They will play the first game at Thunderbird stadium on Saturday, September 3 at 1 p.m. and the second on Sunday, September 4, also at 1 p.m.