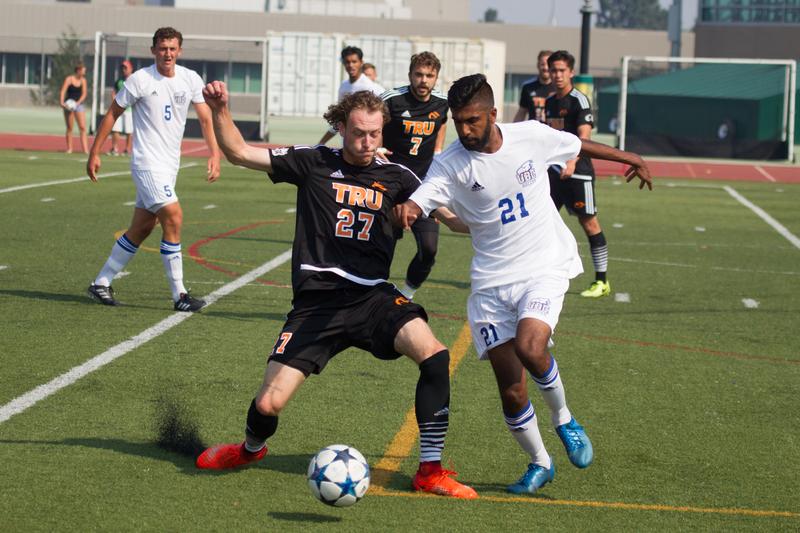 Men’s soccer continued their unbeaten streak this weekend in the Okanagan, keeping them at the top of the table for Canada West early on in the season after a two-game road trip.

In Saturday’s game, the ’Birds beat the UBC Okanagan Heat 2-1. Victory Shumbusho and Kyle Sohi both doubled their goal tallies for the season, scoring one each to edge past their Okanagan rivals.

Sunday proved a more difficult match-up for the ’Birds, as the Thompson Rivers University (TRU) WolfPack capitalized on a consistent weakness in UBC’s defence: defending the counter-attack and through balls.

From kick off, UBC looked to be in control of the game, holding much of the possession and passing their way around TRU’s formation.

Thompson Rivers were the first to capitalize though. In the 7th minute, forward Ryan Glanville pushed the ball between UBC’s back line and into the path of oncoming outside back Josh Banton. The Englishman put the ball bottom left corner past UBC keeper Chad Bush to put TRU ahead 1-0.

From then on, Thompson Rivers attack kept pressing on UBC’s weak point, putting some balls deep in to UBC’s half for players to run on to and using Banton all the way down the right flank.

Their work paid off — in the 27th, the WolfPack saw a through ball end up in the back of the net. This time, it was Mitchell Popadynetz who found himself on the end of the initial pass. His ensuing cross found the head of fellow TRU player Justin Donaldson, who sent the ball flying past Bush to double the Thompson Rivers’ lead.

Although UBC may have looked stronger overall in the first— taking up much of the play in the midfield — it was TRU who found the best way through the defence and used it to its full potential. 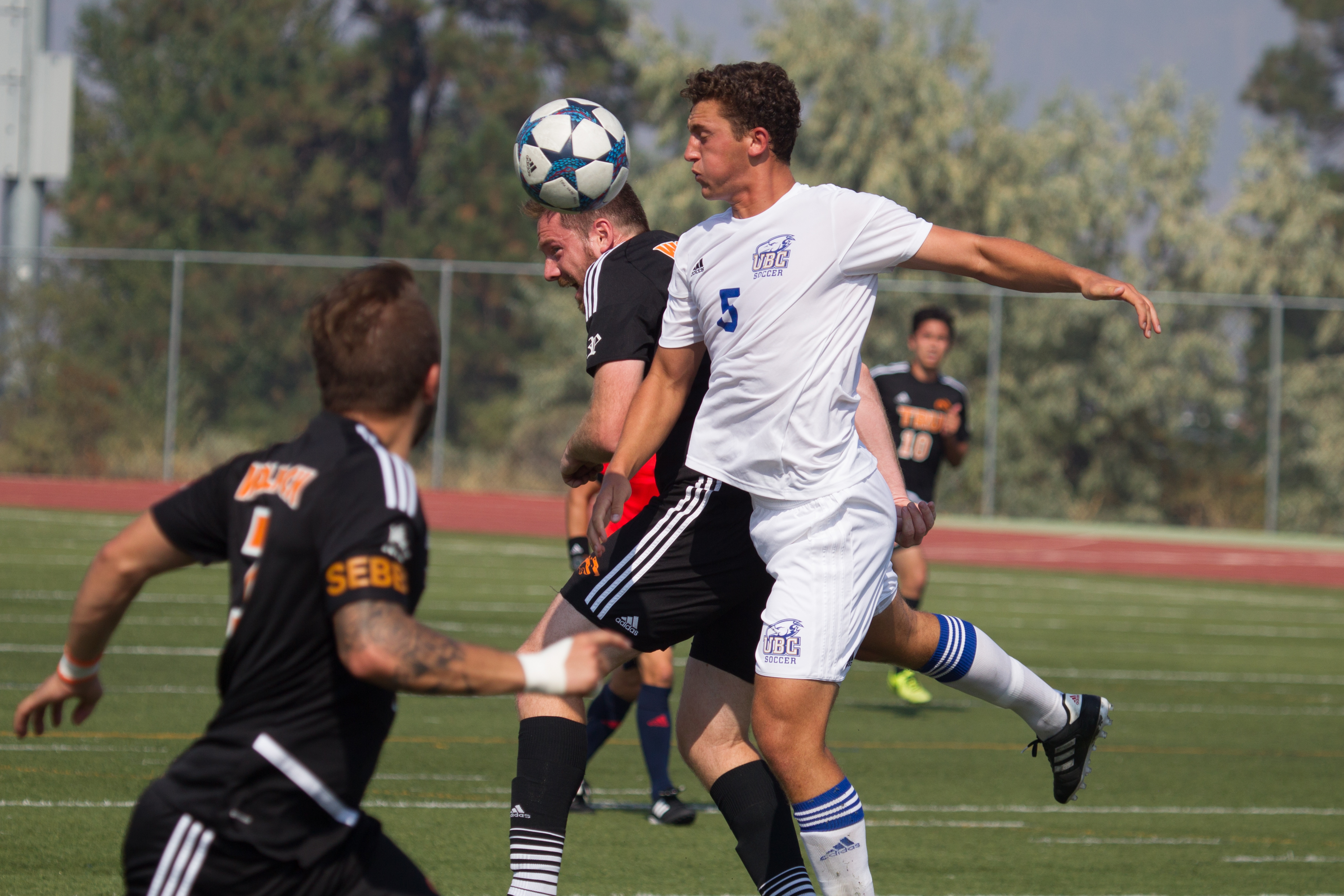 In the second, T-Bird Patrick Izett had the first decent chance. His shot from inside the box swerved from left to right, forcing TRU keeper Lubomir Magdolan to make a quick diving save.

A few minutes later, UBC substitute Mihai Hodut was denied a goal due to an offside call on teammate Victory Shumbusho in the box. Though Shumbusho didn’t look to get a touch on the cross-box pass from Zach Verhoven, his involvement in the play alone was enough to keep the ’Birds off the scoreboard.

It would take the T-Birds until the 54th minute to officially break the scoring draught, as Connor Guilherme headed a Verhoven corner kick past Magdolan. It would be the centre back’s first goal of the season.

With TRU starting to deplete late in the half, giving UBC more time and space on the attack, UBC finally closed the goal gap in the 85th minute. This time, it was Kristian Yli-Hietanen, scoring from point blank range off a short cross from Connor Guilherme.

That did it for UBC’s final match up of their Okanagan road trip, with the final whistle settling the score at an even 2-2.

The ’Birds make their return to UBC on September 15 when they face the Calgary Dinos. The following day, they play the MacEwan Griffins.