Changing of the guard: Though nationals was not in the cards this year, women’s field hockey is heading in a new, exciting direction 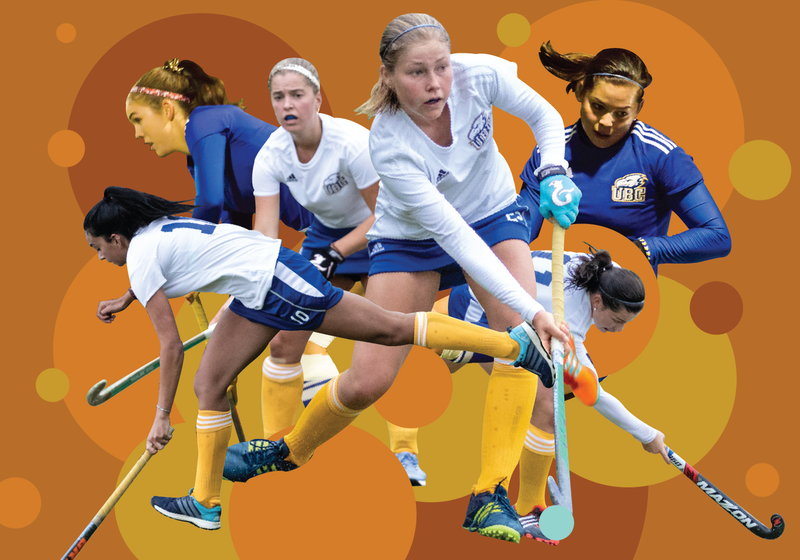 It’s Saturday afternoon and cheers are erupting from Wright Field, home of the UBC Thunderbirds women’s field hockey team. It isn’t UBC’s fans, though, who are cheering — it’s the Calgary Dinos’ who are celebrating a narrow loss to the seven-time reigning national champions.

UBC and their fans, on the other hand, are deathly quiet. As the Dinos celebrate between themselves, UBC’s roster congregates solemnly in front of their net. Though Sara Goodman’s lone goal of the match secured them the win on the day, it didn’t give them the easy route to their eighth national final they had perhaps hoped for.

Moving forward, the team needed to have at least seven more goals than the Dinos in their Sunday match-up to take the Canada West national berth over the University of Victoria (UVic) Vikes. It was a daunting task — and one they wouldn’t surmount in the end as they finished the year on a +5 goal differential, while UVic had +10.

Calgary came into the weekend's games with renewed hope after tying against a formidable Victoria team the previous week.

“We really had a great weekend back in UVic and I think that really got our spirits up,” said Dinos midfielder Meghan Norlander on playing UBC.

The first bit of Sunday’s rematch was an even affair, with both sides feeling each other out. Towards the end of the half, the ’Birds decided to pressure Calgary’s all-star goalie Ingrid Ulrich with multiple chances. Ultimately, they were unsuccessful and the momentum was starting to shift.

Following a scoreless first half, hope was dissipating quickly for UBC, but the home side pushed on. Half a dozen penalty corners were awarded to the Thunderbirds and it was clear the Dinos’ backline was fatigued.

After their relentless attack, the ’Birds’ efforts were rewarded with their first and only goal of the game: a Margaret Pham rebound off of a breakaway shot by Izzy Fraser. The scoreline would remain 1-0 until the final horn, marking a bittersweet end to UBC’s season. With a shared 4-1-3 record to split top spot in Canada West with UVic, and an even record of 1-1-2 in their head-to-head match ups, it would take goal differential to decide that UBC's national run was over and the Vikes would play for the championship title this season. 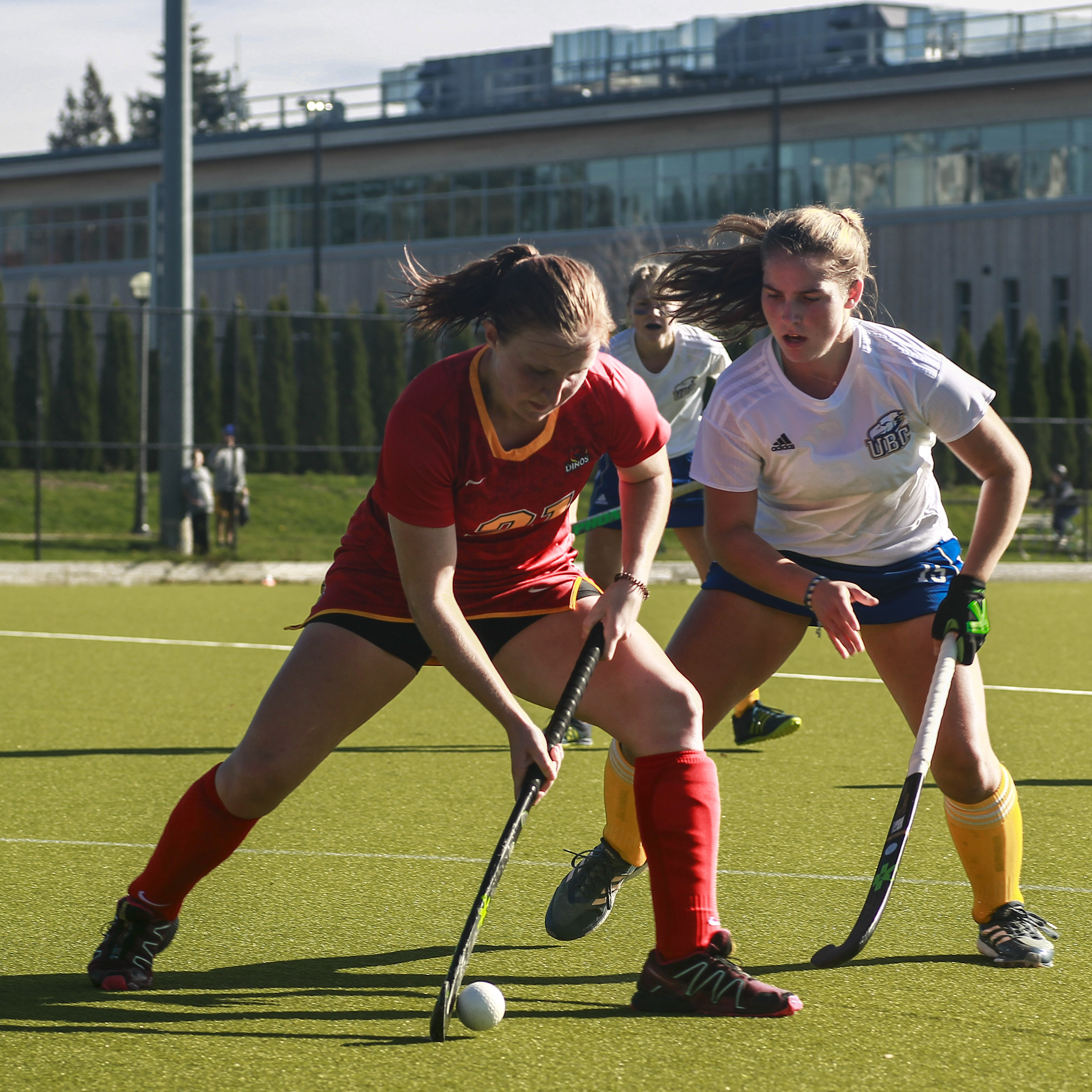 “A shutout starts with our first line [forwards] and continues all the way through our midfield and defence,” remarked UBC all-star senior goalie Rowan Harris post-game. “For those that were newer to the team, for them to step up and fill these roles has been amazing to see, I’m really proud of them for that.”

The result marks the end of a new chapter for UBC women’s field hockey — but not the end of their continued story. Though evidently not the result they hoped for, the season overall indicates a changing of the guard for the Thunderbirds team, providing a new level of excitement for fans.

Two months prior, and for the first time in the 2018/19 season, UBC women’s field hockey took to the field for a Canada West match up against the Vikes. There was something different about the team this year though: their bench boss. For four seasons, the Thunderbirds were lead by head coach Robin D’Abreo. This year, T-Bird and Team Canada alumna Poonam Sandhu is at the reins.

Five seasons ago, Sandhu was a veteran on UBC’s roster. Having played with current veterans Rowan Harris, Emily Martin and Gabby Switzer, Sandhu joins the team with the unique experience of having played with several of her players. She also understudied D’Abreo himself, having managed and assistant coached the team for several seasons.

With her Thunderbirds experience, the culture of the team holds steady, something Harris said has benefitted the squad overall.

“[Sandhu] understands what it means to be part of a field hockey team that’s very centred on culture. We work hard for each other, we work hard by ourselves and we support each other for anything. She knows our routine, she knows our traditions,” Harris explained pre-season.

“It’s been an easy transition because she knows what our team is all about,” co-captain Emily Martin echoed. 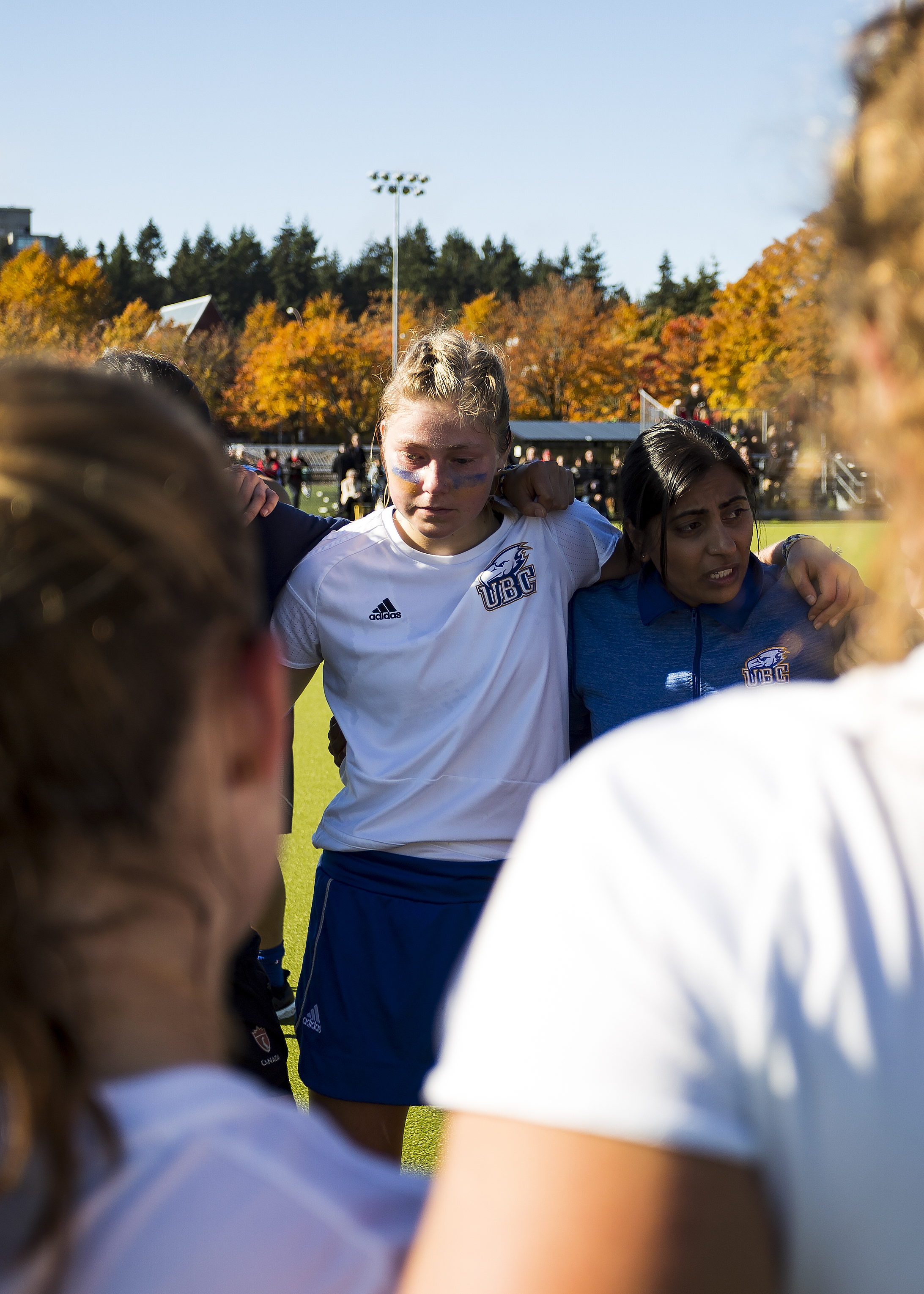 But with any new coach comes some new expectations, and though Sandhu preaches the same mentality D’Abreo has fostered in the team — that each year is a different year and that they have to work hard no matter their reputation — she hopes to leave her own mark on the Thunderbirds legacy. In particular, she hopes to foster a sense of ownership and autonomy in her players.

“Poonam wants to give us the freedom to make our own decisions on the field, to become smarter players and for us to lead the team,” Harris explained from the players’ point of view.

For the ’Birds, the small Canada West women’s field hockey league, with its tight rotation of games against the University of Victoria and Calgary, only gets more difficult each year.

“The pressure’s always the same, I always want to win. It never gets easier — in fact, each year it gets harder,” Harris said. “If it wasn’t such a battle every year, if it wasn’t so close every year, it wouldn’t be fun.” 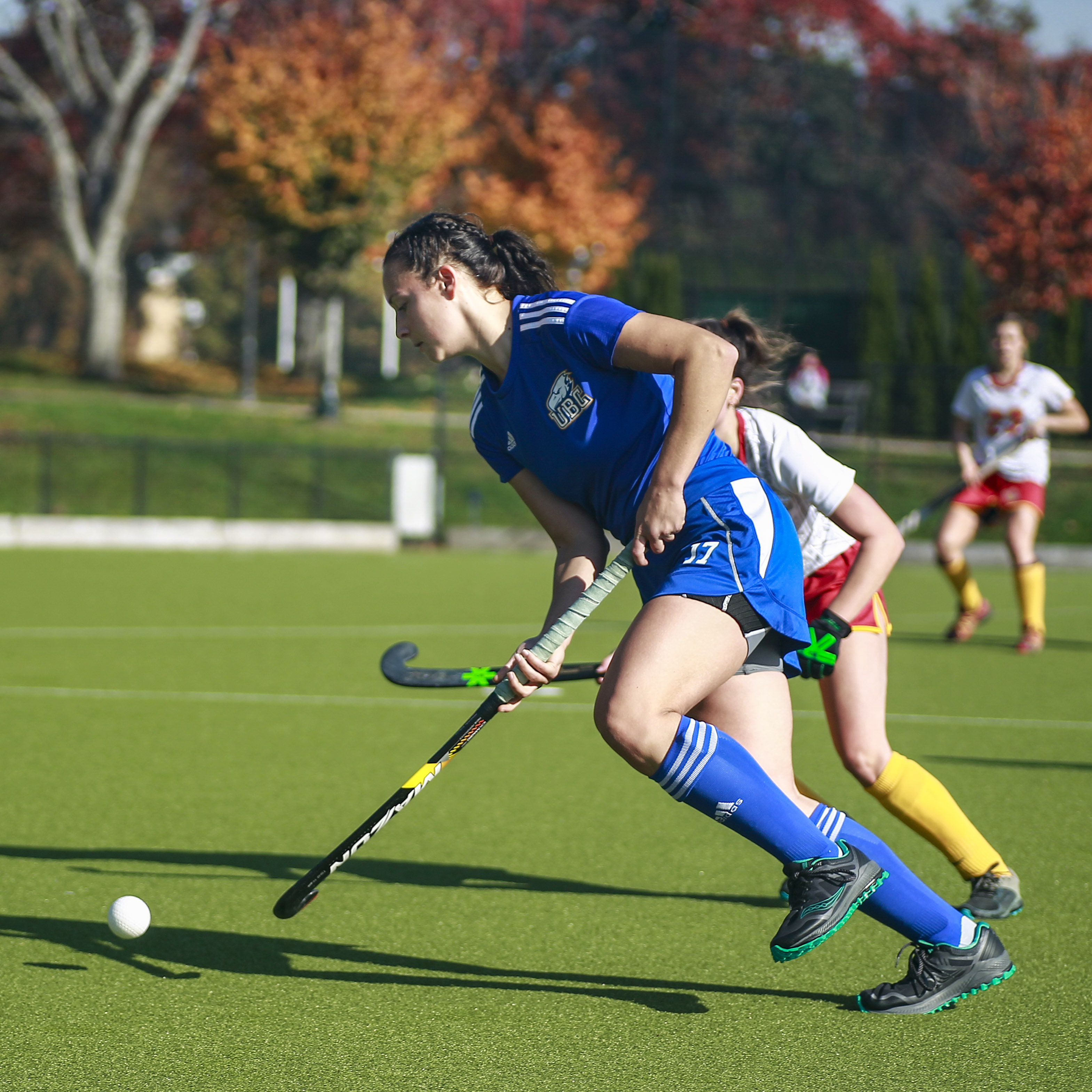 And though that tight nature of the division means UBC may not be gracing nationals this year, there is only hope and positivity for the future of the team under its new leadership. When asked if she is optimistic about the future of Thunderbirds’ women’s field hockey, Sandhu said, “Hundred per cent, if you look at the team, they’re a lot younger than our past seasons’, so I think we’re just excited to see if they can bring that extra level next year.”

And having now played out the season, Sandhu can reflect back and see her positive changes to UBC’s roster coming to life.

“They’re getting to a point where they’re making decisions on their own and not listening on the side. Everything they did, that was all on them,” she said.