Ones to watch: Thunderbirds basketball 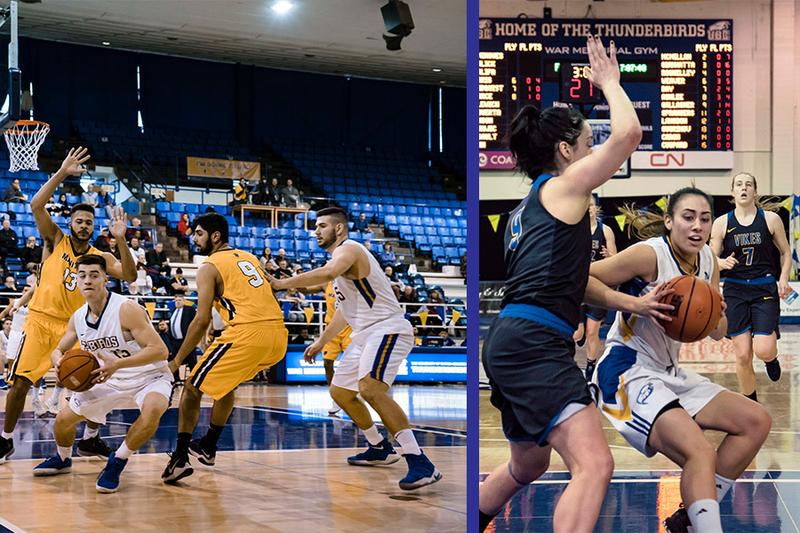 Basketball is back. Files Elizabeth Wang

The Thunderbirds men’s basketball team will be a new-look team when they take the court to open their Canada West season this Friday against the University of Saskatchewan Huskies. This past offseason saw a trio of core players depart after graduation. Back-to-back Canada West Player of the Year Conor Morgan will join teammates Phil Jalalpoor and Luka Zaharijevic in making the transition to professional ball in Europe, a first in team history. With vacancies left behind on the court, and in the locker room, it will be interesting to see how this team shakes out as the season carries on. Here are the players to watch this upcoming season:

Second-year forward Shephard is fresh off an impressive rookie season that saw him take home the title of Canada West Rookie of the Year. He finished the year having appeared in all 20 of the T-Birds’ games, averaging 8.8 points per game (PPG) and 4.4 rebounds per game (RPG). After an offseason that saw him join Team Canada at the Commonwealth Games, along with UBC head coach Kevin Hanson and former ’Bird Conor Morgan, Shephard returns with another year of international play under his belt. Previously, he competed for the Canadian team that captured the FIBA U19 World Cup in July of 2017. Look for him to step into an even larger role in his second year, as he is set to lead a young core and fill the void left by graduated seniors. 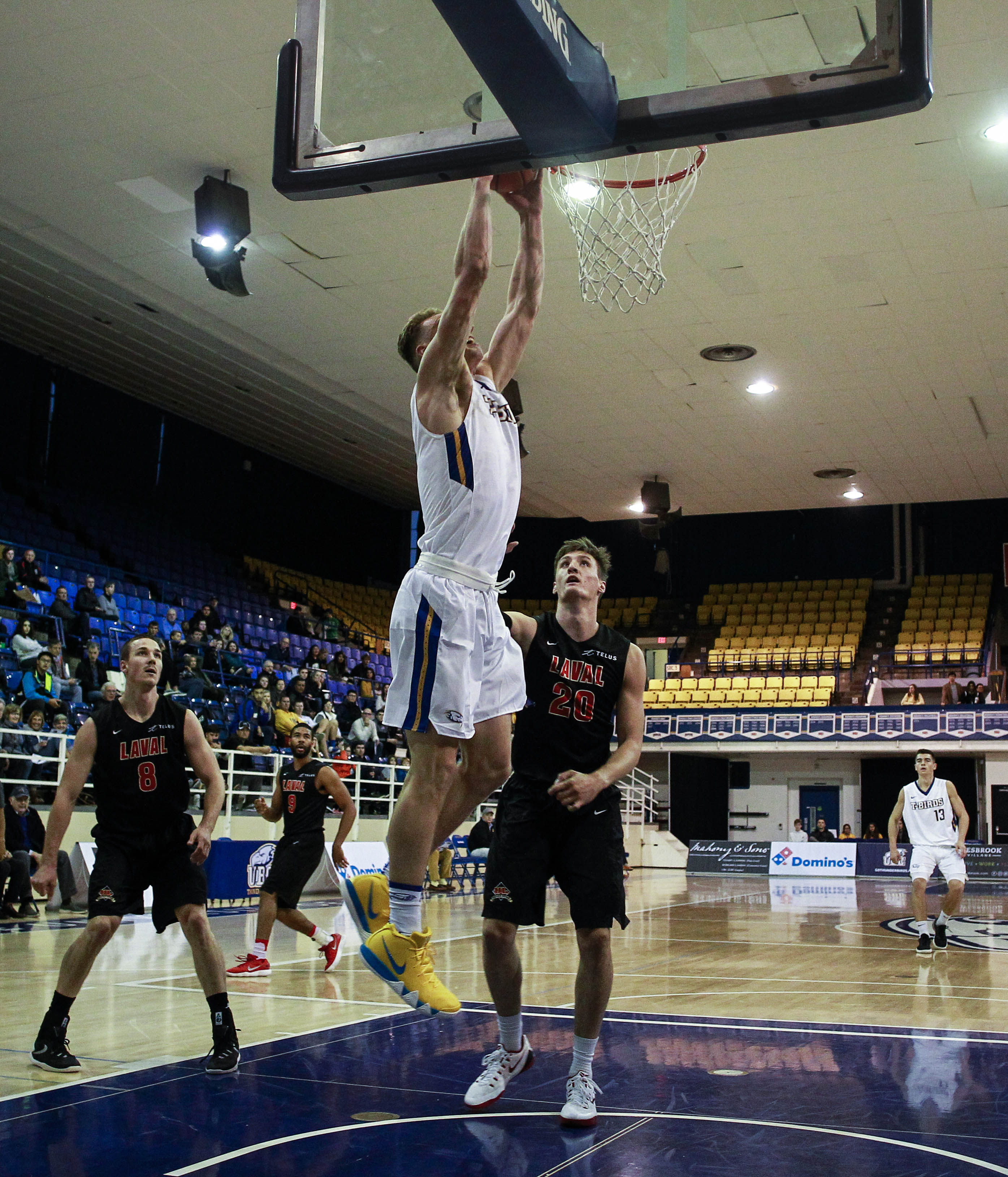 Rosebush was a key spring recruit for the Thunderbirds this offseason. The incoming 19-year-old rookie hails from Hamilton, Ontario and was a highly touted prospect coming out of high school. At 6’9” , the forward stands out for his smooth touch — posting a 14 PPG average in his senior year at Lincoln Prep in the Ontario Scholastic Basketball Association. A big man with scoring ability should be a familiar persona to have in the roster as Conor Morgan filled that role over the past few years — but those are daunting shoes to fill for a first-year player. Still, Rosebush’s size and versatility will make him a valuable contributor this year.

Beyond their rookie signings, the Thunderbirds picked up a pair of mature players from NCAA Division 1 schools who can look to make an immediate impact this season. Both players are local talent from the Lower Mainland, with two years of U Sports eligibility remaining. Manroop Clair of Surrey transferred from Seattle University, while Jadon Cohee of Langley transferred from Southern Utah University. The veteran pair of guards bring invaluable experience and leadership that should fit nicely into this young UBC team. Cohee especially has seen major play-time as a starter in the team’s pre-Canada West season, and leads the team in minutes and scoring through six exhibition games.

The UBC women’s basketball team is coming off being swept handily in their playoff quarterfinals for the third straight year. They have failed to make the U Sports Final 8 since taking home the Bronze Medal in 2014/2015. However, the young core of the 2017/18 team showed a lot of promise.

The crew takes the court this season with a lot of positives to build on from last season. Here are three players to watch as they begin their Canada West campaign:

Filewich put together an impressive 2017/18 campaign in her sophomore year. Her hard-nosed playing style proved a nightmare for opposing teams and saw her evolve into a double-double machine (posting 12 on the year). She would finish the season with an impressive stat line, averaging 15.5 PPG and 8.5 RPG. Look for her to continue her growth into her third season, as she will likely rack up some huge minutes. Through the preseason so far, she leads the team in minutes and is averaging a double-double with 18.7 PPG and 11.0 RPG. 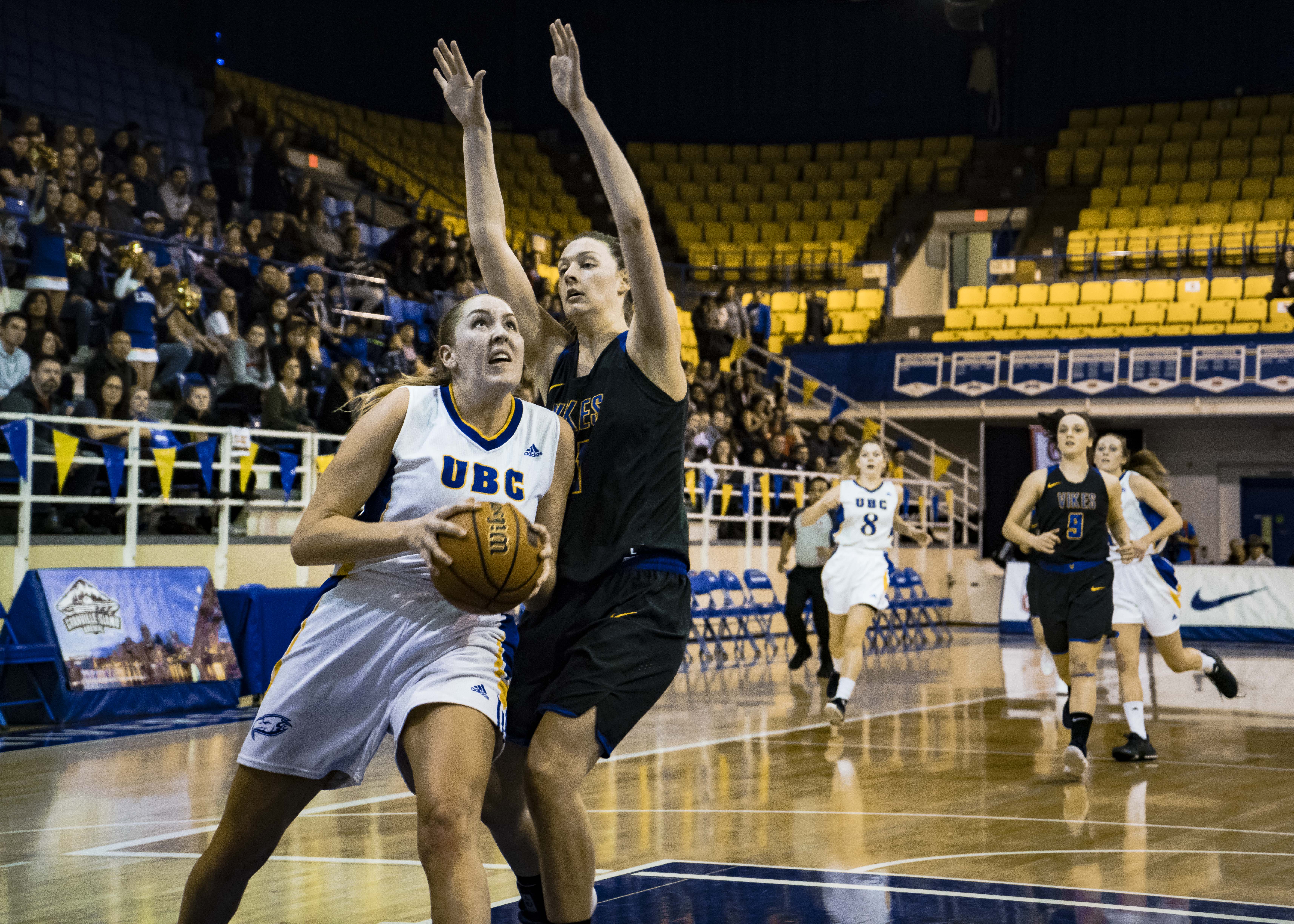 Transferring from her hometown UBC Okanagan in Kelowna, BC, Kate Johnson is looking to build upon a solid rookie season that saw her play in each of the Heat’s 20 games, including six starts at the guard position. Citing the opportunity for the Thunderbirds to “bring out her potential” as the reason for her transfer, Johnson is looking to take advantage of Deb Huband’s coaching staff and the strength of the team to help her development. In her five outings this pre-season, she is shooting only .400, but has played a decent defensive game — collecting 19 rebounds and 12 steals. Johnson also joins the team as a second-generation Thunderbird. Her father Rob was a member of the 1982 Vanier Cup-winning football team for UBC — considered among one of the best assembled squads in U Sports history. Johnson will look to bring those winning genetics to a UBC team looking to make a deeper playoff run this year.

In just her third year last season, Jessica Hanson stepped into a major leadership role and quarterbacked the team throughout the season. She started in each of their 29 games and lead the team in minutes at 934 on the year. Though she proved to be a streaky shooter throughout the season, she posted over 12 points a game to go along with 3 rebounds, 3 assists and nearly 2 steals per outing. Expect Hanson to assemble an impressive campaign again this year and continue to develop as a playmaker and leader. She is one of just three players in their fourth season. Younger teammates will once again look for her to be a cornerstone of this ’Birds team.