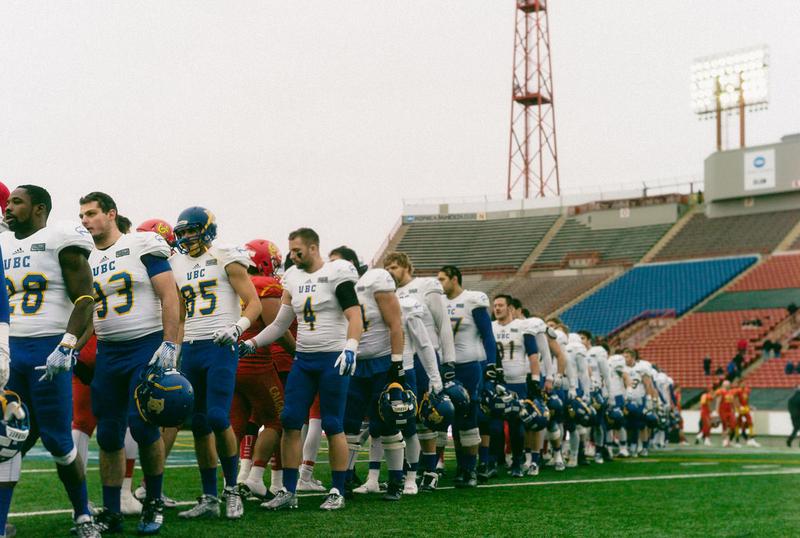 After handing the top-ranked University of Calgary Dinos an unexpected 34-26 loss to capture the Hardy Cup, UBC football will travel to Nova Scotia for a chance to contend for the Uteck Bowl against the St. Francis Xavier X-Men.

The Uteck Bowl is one of the two semifinal games in CIS football along with the Mitchell Bowl. The winning team from each semifinal game will then go on to compete for the Vanier Cup in the following week.

With the win against the Dinos last week, many Thunderbirds are looking forward to competing in the Uteck Bowl and potentially having a run at the Vanier Cup.

“I haven’t been on this team for very long, but knowing the past of this team, it’s a huge win ... and hopefully we’re going to just keep moving forward into the Vanier,” said T-Birds defensive back Taylor Loffler.

For T-Birds like fifth-year running back Brandon Deschamps, this weekend’s game against the X-Men will be a once-in-a-lifetime experience. Now in his final year of eligibility, Deschamps will get his one and only chance to earn a CIS semifinal win before his varsity career ends.

“I know I have a very small window to get something like that.… It’s a pretty special time in my life and I’m just trying to take it in, enjoy it and compete,” said Deschamps.

During the regular season, St. Francis Xavier held a 5-3 record and placed second in the Atlantic University Sport division.

Although the X-Men aren't considered as strong of an opponent as the Dinos — who held an undefeated record going into the post-season — UBC's head coach Blake Nill believes that the upcoming game will still be challenging and that the team should not get overconfident.

“[The X-Men] are going to be very difficult on their home turf.… We’re not good enough to take opponents for granted,” said Nill.

The game will kick off this Saturday at 1 p.m. and will be broadcasted on Sportsnet.