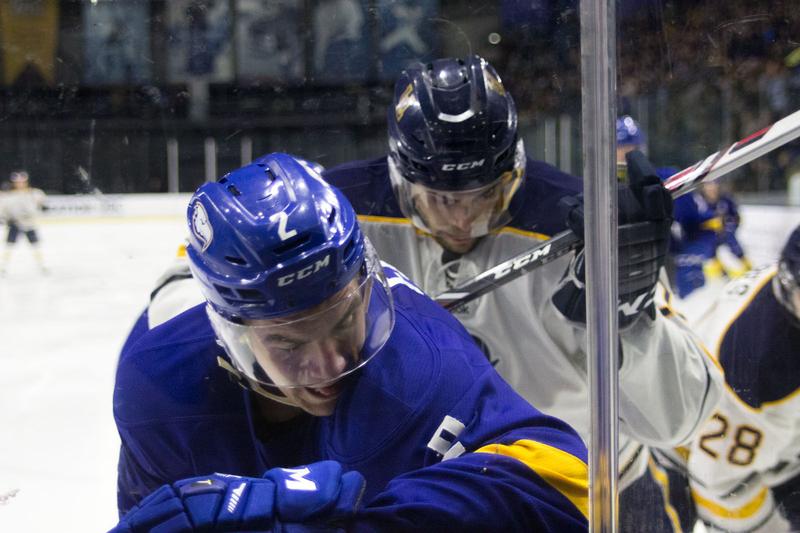 After going 2-8 in the last 10 games, the UBC men’s hockey team were desperate to impress a crowd of 3,575 hopeful fans at the Winter Classic, only to finish with a disappointing 4-1 loss.

“The guys were fired up. When you get to play in front in this kind of crowd, you want to put on a show and it makes it just doubly hard when we lose,” said Adam Shell, the Thunderbirds’ head coach.

UBC showed some strong offensive play during the first period. The crowd almost had their first moment to cheer early in the game when T-Bird forwards Manraj Hayer and Kyle Becker managed a 2-on-1 opportunity, albeit unsuccessfully.

While 6:57 into the game, UBC defenceman Devan Fafard took a boarding penalty. On the ensuing Lethbridge power play, the arena again filled with noise when T-Bird forward Joe Antilla got a breakaway and nearly netted a short-handed goal. But as the puck made its way back to the attacking zone, Pronghorn Ryon Moser managed to net the first goal of the game.

Down 1-0 after the first period, the T-Birds again showed strong offensive play in the second, outshooting the Pronghorns 10-8, but still did not manage to get onto the scoreboard. 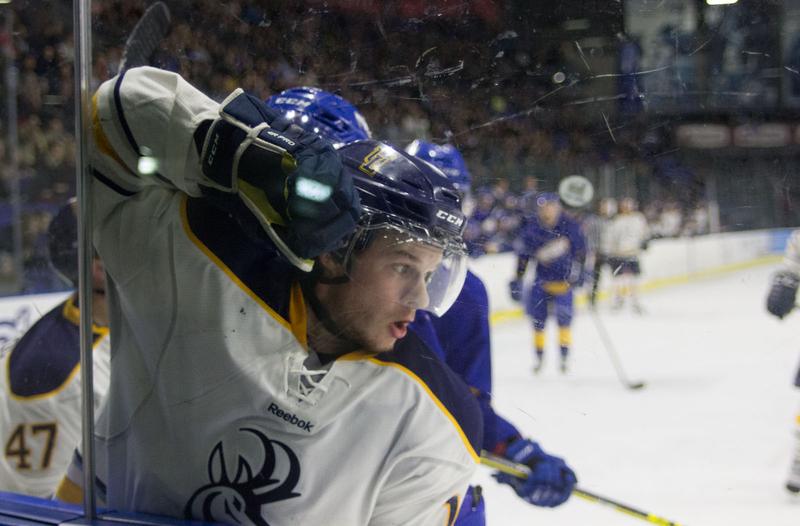 “I think we generated chances, but you measure yourself in goals and we only scored one, so in that sense it’s not enough,” said Shell.

A little over two minutes into the period, Jay Merkley buried a goal in front of the net to increase Lethbridge’s lead to 2-0. Another goal came only four minutes later from Tim Campbell to make the score 3-0 in favour of the Pronghorns.

Midway into the second, UBC again got into penalty trouble as defenceman Dillon Wagner took a double minor for high-sticking, but solid defence by the T-Birds kept the Pronghorns in check and prevented them from scoring.

The T-Birds then sought to capitalize on a power play near the end of the second, but strong goaltending by Damien Ketlo helped the Pronghorns secure the 3-0 lead.

“[Lethbridge] beat us three times, they’re real tough, they’re opportunistic. They had five [or] seven scoring chances all night ... and they buried it,” said Shell.

With UBC now desperate to gain ground, T-Birds forward Scott MacDonald finally brought the team onto the scoreboard early in the third when he fired a shot past two defenders in front of the Lethbridge net.

The T-Birds’ next closest scoring chance came three minutes later when David Robinson and Riley Guenther got another 2-on-1 opportunity, but Guenther’s shot went wide.

“We’ve still not been able to bang enough in, but we generated stuff, so that’s real good. I’m really proud of that,” said Shell.

Hoping to compensate for the two-goal deficit with less than two minutes remaining in the game, UBC pulled goalkeeper Matt Hewitt from the net for an extra attacker. However, there was no joy for the T-Bird fans in the arena as Moser managed to find the empty net and secure the 4-1 win for Lethbridge.

UBC now holds a record of 9-11-3 and place sixth in Canada West. They will get a chance to seek redemption tomorrow with another game against the Pronghorns.