Thunderbird soccer squads off to U Sports National Championships 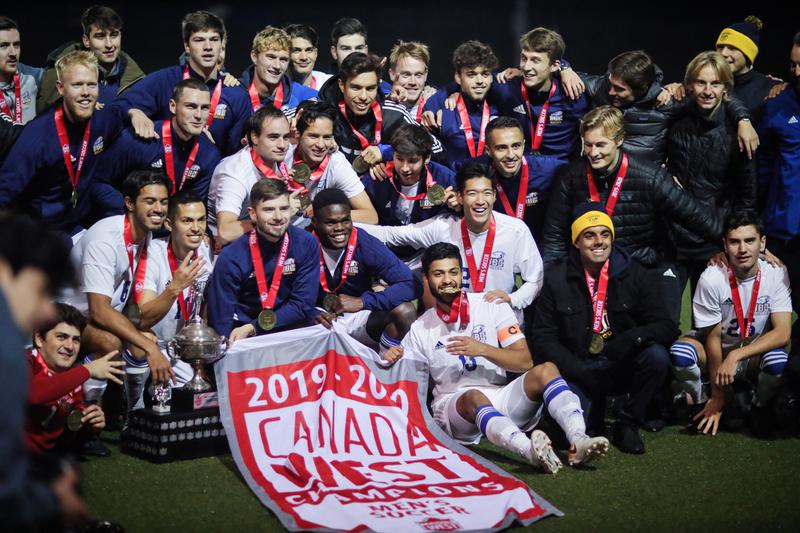 Both the UBC men’s and women’s soccer teams are heading to the U Sports National Championships after taking gold and silver respectively in the Canada West finals over the weekend.

The women’s team beat fierce rivals Trinity Western 1–0 to open their Canada West final four. A late goal from Nisa Reehal in the 77th minute gave the ’Birds the win over the Spartans, who finished first in Canada West with a 12–1–1 overall record.

The win guaranteed them a spot in the national championships as either first or second seed from the conference, which meant that bragging rights were the only real thing on the line during the final against the University of Calgary Dinos.

After a goalless first half, the Dinos managed to beat star UBC goalkeeper Emily Moore and take a 1–0 lead, something they would hold onto for the rest of the game.

While it’s the second season in a row that the Thunderbirds have fallen to the Dinos, the team is finally returning to nationals for the first time since 2016, when they were runner-ups in the national final against the University of Laval Rouge et Or.

The men’s side had a tumultuous time in their Canada West final four. After a rough first half in the opening game with two major injuries, the Thunderbirds roared back to score two goals against the visiting University of Saskatchewan Huskies to triumphantly head to the Canada West final, also against Calgary. The win also guarantees the men’s team a spot in the U Sports National Championships next week in Montréal, Quebec. 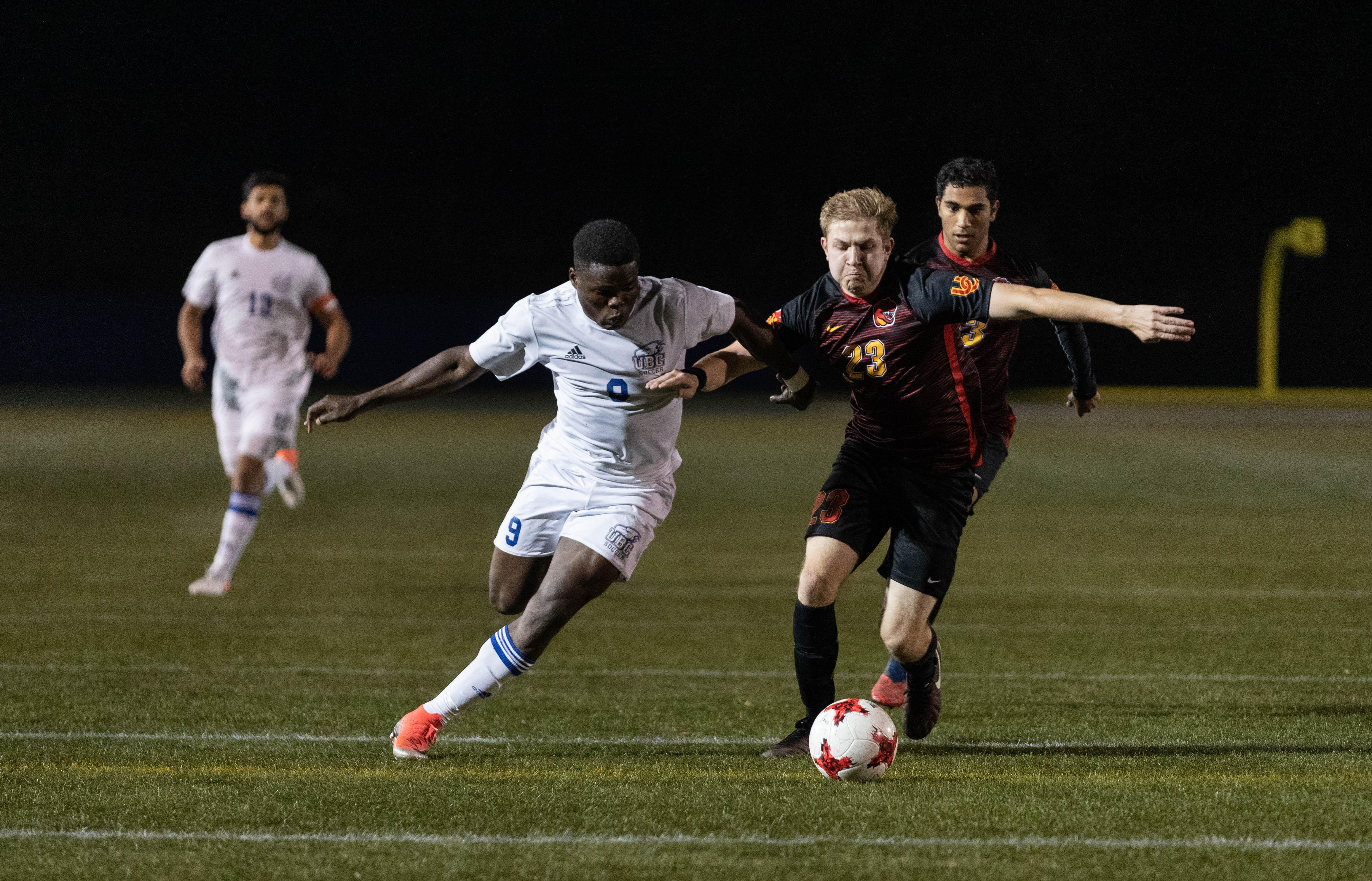 Victory Shumbusho battles with a Dinos player for the ball. Salomon Micko Benrimoh

Luck wasn’t on the side of the T-Birds in the first half. UBC midfielder Mackenzie Cole was injured in the 13th minute after contesting the ball in the Huskies’ box.

UBC defender Daniel Kaiser was the next to be hurt by Saskatchewan’s tough defense, coming off the field in the 34th minute with a shoulder injury.

Despite these setbacks, the T-Birds still dominated the Huskies, but the first half ended goalless.

Patience has always been the key to victory for the T-Birds, and the game against the Huskies was no exception. In the 54th minute, Cole’s substitute, Kerman Pannu, scored the first goal after receiving star wingback Jordan Haynes’s signature long ball.

In the 82nd minute, a breakthrough from speedy winger Victory Shumbusho created a messy situation in Saskatchewan’s end of the field. Amidst the confusion, midfielder Sean Einarsson passed the ball to midfielder Thomas Gardner, who then scored his first goal of the postseason from a long shot outside the penalty box. The game ended 2–0 for the T-Birds. 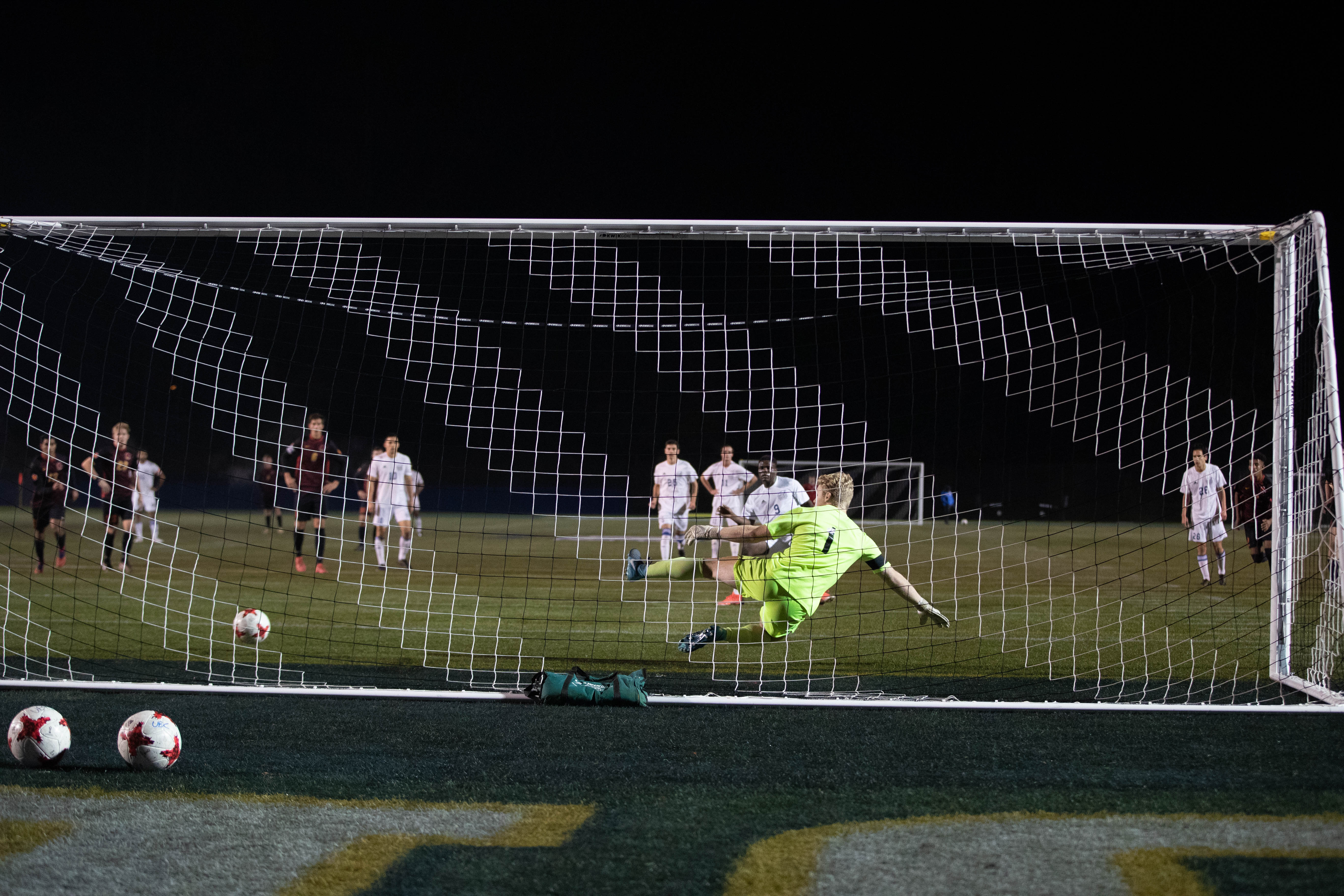 “We’ve got a hugely deep team,” remarked head coach Mike Mosher about UBC’s injury issues. “I’ve got full confidence for the players who came into the game that we can still play well and play the game. If we gotta make changes, we make changes. That’s okay.”

In the final against Calgary, there was no doubt that the Thunderbirds were the better team on the field.

The ’Birds absolutely smothered the Dinos on both the offensive and defensive ends, getting a 1–0 lead off a Shumbusho penalty kick in the 26th minute and doubling down just before the end of the first half, courtesy of another goal from midfielder Thomas Gardner.

“I think right now all the boys, we are clicking and I think that’s very important. We all now have chemistry [and] I think we are one of the deepest teams in the country as well,” said Shumbusho, who was the T-Birds’ leading scorer in the regular season.

The men’s team will face the Université du Québec à Trois-Rivières Patriotes in the opening round of the U Sports National Championships Thursday, while the women’s side will face a strong and well-organized Université de Montréal Carabins side on the same day in Victoria.