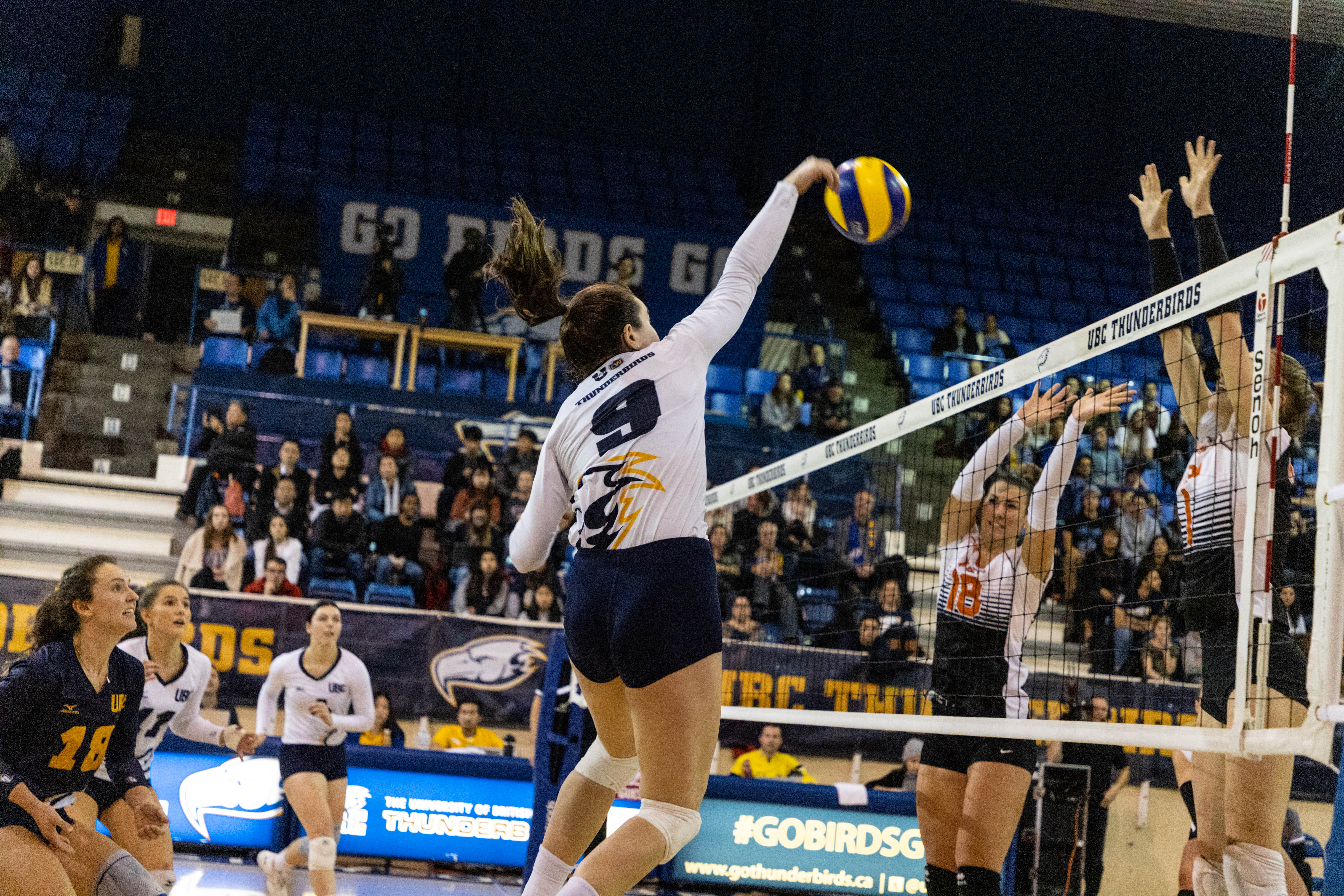 This year’s Thunderstruck volleyball festival game was a success for women in sport and the UBC women’s volleyball team.

Sporting a 7–1 record, the team was ranked nationally for the first time in their history and was looking to continue building momentum for a potential U Sports championship run.

Then they were struck by lightning at War Memorial Gymnasium on Friday night.

Caught off guard by the raucous atmosphere from the Thunderbird faithful, the WolfPack could not get into a sustained rhythm in the hostile environment. This left the door open for the UBC women’s volleyball team to set the tone, and they were able to keep a solid beat throughout the game.

“I was really pleased with how we came out,” said UBC head coach Doug Reimer after the game. “[Thompson Rivers had] only lost one match so far this year [and] they have some very experienced players.

“The way we won those close, tight sets [in the] first and second was really good.” 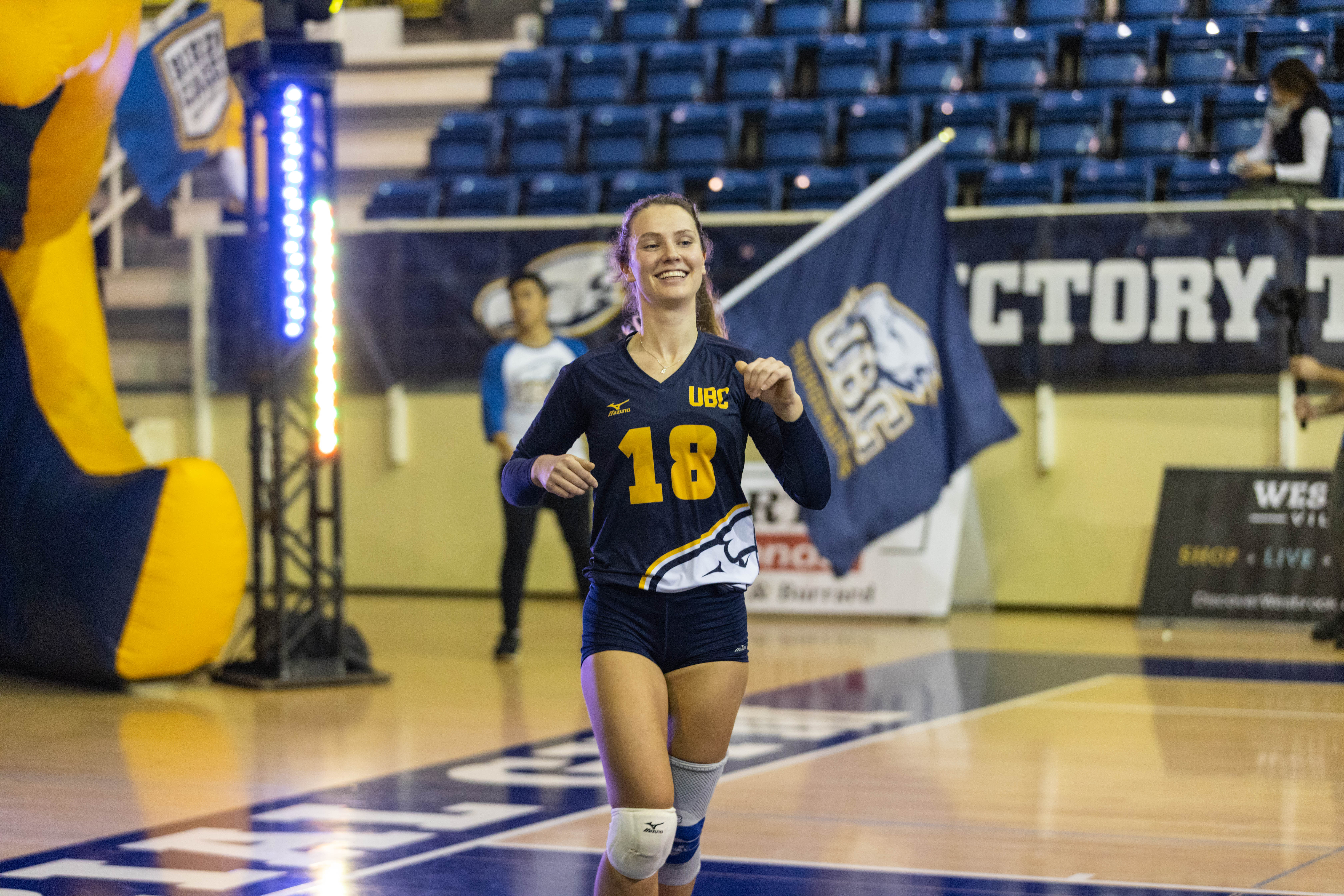 The first two sets of the games were definitely tight battles, which was expected considering the talent on both teams. But UBC was able to pull away towards the end of both sets, riding the electric energy from the crowd, winning them 25–23 and 25–21.

In the third set, however, the WolfPack showed why they should be considered a threat for the Canada West crown. The WolfPack overwhelmed UBC early on, getting out to a 7–0 lead, and never looked back en route to an emphatic 25–10 set win.

Yet just when it seemed as though the WolfPack were poised to make a comeback, UBC regained composure and the home crowd started to play a factor once again.

Although down 0–3 to begin the fourth set, the T-Birds did not go away this time. A kill by outside hitter Cara Kovacs tied the set at 8–8. After an attack error from the WolfPack, another kill — this time from middle Gabrielle Attieh — caused an uproar inside War Memorial as fans began to realize their team was seizing control. 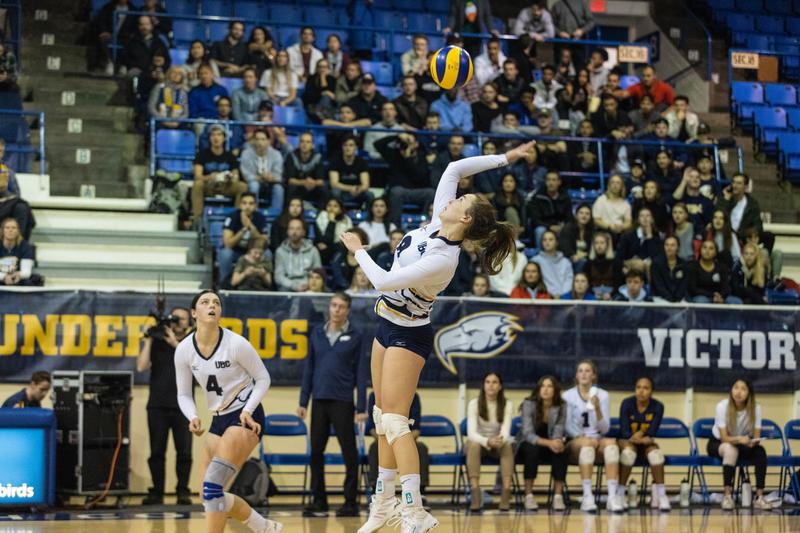 From that point onward, UBC would never trail, taking the set by a score of 25–15.

“The biggest compliment to the team is how we rebounded in that fourth set,” said Reimer, adding that the third set was an example of how things could have gone the other way.

But besides the final outcome, the night was also a celebration for women in sport.

Three players from the UBC women’s field hockey team were cheered during one intermission for their individual achievements this past season and quotes as well as statistics regarding the challenges facing women in sport were displayed on the scoreboards at game breaks.

After the game, dozens of students also stayed around to get signatures from the UBC women’s volleyball players.

“I think it’s a great night,” said Reimer when describing the event. “I really want to thank UBC for how they put this on, and all departments that helped get people here, and run just a really good event for women.

“[Thunderstruck] is achieving what it wants to do and I’m just thankful we played well enough to make it entertaining.”

The team will travel to Edmonton this weekend for another doubleheader series against the University of Alberta Pandas, who sit a few spots behind UBC with a 5–5 record.