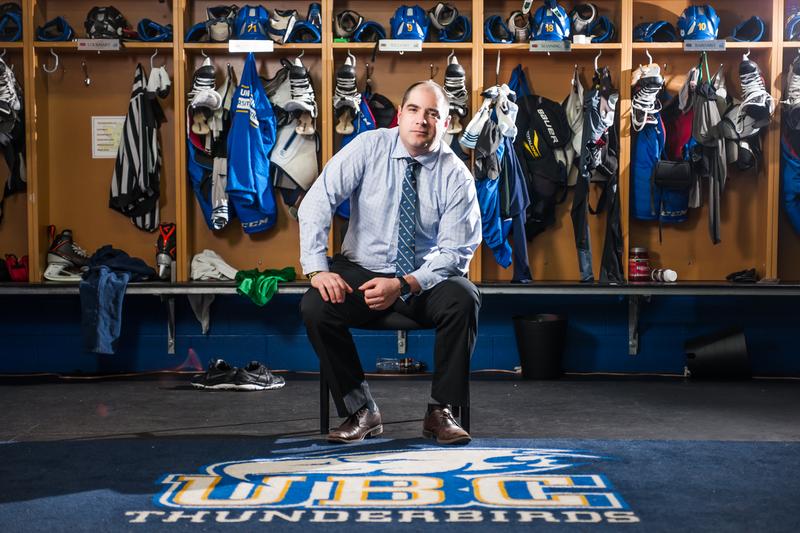 After spending 14 of the last 16 years in a variety of roles within the UBC Athletics organization, Tyler Kuntz is moving on. Kuntz, who was named head coach of the Thunderbirds men’s hockey team last year, has resigned in order to serve as an assistant coach with the WHL’s Vancouver Giants.

“The reason I left was because I got a better job. I left for an opportunity to coach at a higher level and move my career without having to move my family,” said Kuntz.

In a resignation letter addressed to alumni, friends and supporters of the hockey team, Kuntz thanks friends, staff, players, alumni and others. He finishes the letter criticizing UBC Athletics.

“ALL student athletes, coaches and staff at UBC must be appreciated and supported. Nobody should be treated with such ignorance and disrespect as my hockey program, players, and staff were in the past two years. I knew being relegated to tier 3 hybrid would be a financial challenge that we could overcome. What I did not know is that we would be considered irrelevant to the university and it's absent leadership,” wrote Kuntz.

He continues by saying those responsible should stop pointing fingers and start being transparent, listening to coaches and taking responsibility.

Kuntz would not comment on the letter and instead said to talk to Louise Cowin.

“She’s at the helm, she should be answering some tough questions.”

Upon taking the position, Kuntz ends his long tenure as a member of UBC Athletics. With his departure, the number of staff that have left the organization in the last two years has reportedly reached a staggering number of 35, according to his letter.

Next season, Kuntz will coach alongside Giants head coach Lorne Molleken, who has several years of NHL experience behind the bench.

“Working under Lorne Molleken I think will be great,” said Kuntz.

Having been hired by a team that promotes hockey development, Kuntz looks forward to working with younger players and helping them develop to a higher level.

“Working in an environment where everybody loves hockey, I guess everybody's kind of a hockey junkie. There’s lots of staff so I can focus a little more on coaching.”