UBC Esports Association, a club of prestige and community 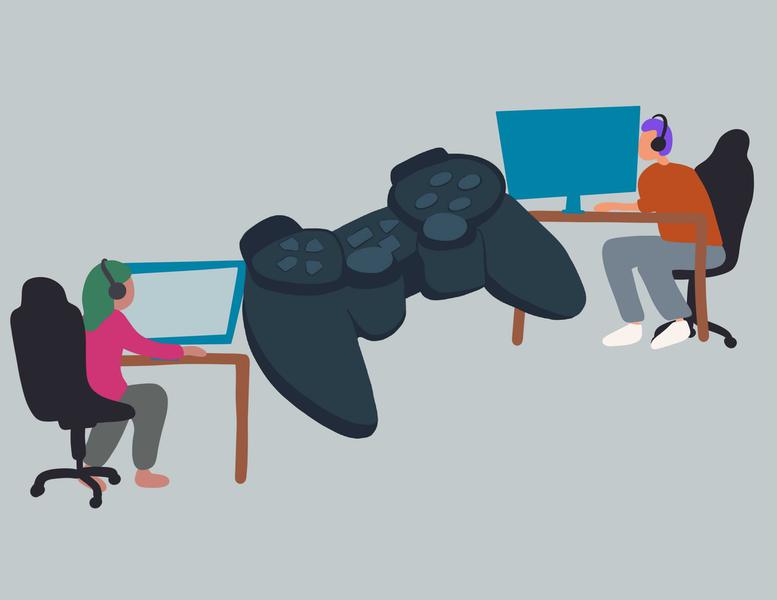 UBC Esports is welcoming any and all gamers to come enjoy their services. Lua Presidio

As the UBC Esports Association (UBCEA) is celebrating its 10 year anniversary next month, VP Internal Relations Zach McKay shared some insights into its ever growing community, as well as the impact of COVID-19 on gaming.

The Esports Association is a community based, non-profit organization dedicated to bringing gaming to all with its membership not limited to only UBC students. Their purpose is to establish a community of students who enjoy gaming by facilitating improved interaction and communication for players both offline and online.

A Club for the Community

The UBC Esports Association has roots stemming back to 2010. Originally known as the UBC Starcraft Club, the club later expanded across more eSports titles and adopted its current name.

“We were originally a lot more competitive based. For maybe the first three to four years, we were much more about our premier team success. But then, we’ve transitioned into providing a community for people on campus to have fun,” said McKay, reflecting upon the decade-long history of the club.

What started as a competitive team has now grown into one of the largest communities in UBC. Most of the events hosted by the club are free to participate in. The association frequently hosts tournaments for anyone to sign up, providing an avenue for amateur players to have fun and compete in an official competitive environment.

“When it comes to our tournaments that we host for the public, skill is never a requirement to come and play in them. What we are really about is hosting experiences for people,” said McKay.

The club does indeed provide many experiences for everyone on campus. On top of the free tournaments that they host, the UBCEA hosts yearly gaming expos and has an on-campus gaming lounge at the nest that students can drop by to play. UBC Esports also works with many sponsors, who provide hardware and gift certificates for tournament prizes and giveaways.

Although most events are free to the general public, students can purchase a standard membership for $10 or a premium membership for $20. Memberships help fund events for the club and unlock perks, such as increased playing time in the UBC Esports Gaming Lounge as well as access to Premium Fridays in the Lounge.

This year, because of COVID-19, the membership for the club has become completely free, although the Gaming Lounge is currently closed.

UBC Esports is welcoming any and all gamers to come enjoy their services. As outlined by McKay, “there’s room for anyone, no matter the skill level and experience, to come in, play games and learn more about video games with us.”

UBC Esports Association has premier teams competing in nine titles within the Collegiate Starleague (CSL), a premier esports league for North American colleges. Details about tournaments and rankings can be found on the CSL website.

Titles with premier teams that compete in them include League of Legends, CSGO, Dota 2, Hearthstone, Valorant, Overwatch, Rainbow 6 Siege, Rocket League, and Fortnite.

Each team is run by a game department, who organize and send out their respective teams to various tournaments. There are also “smaller community departments for Animal Crossing and Mario Kart,” said McKay.

UBCEA is currently working on an official schedule to let gamers and fans know when their premier teams are competing.

All matches for premier teams can be watched on the UBCEA Twitch channel, which also includes professional casting during matches.

The Impact of COVID-19

Although the current restrictions brought forward by the coronavirus have no doubt had an impact on esports, the club has been able to adapt and remain resilient, going back to its online roots.

“COVID-19 has had a pretty monumental shift in the way that our club operates,” said McKay.

He continued to describe how the lack of in-person events has put a damper on operations, as the majority of events in the past have been held on Local Area Network (LAN) and in person. Furthermore, on-campus club services such as the Gaming Lounge have been put on hold as the club transitioned to running events through their discord server and social media platforms.

McKay went on to describe the difficulties faced by the UBCEA’s premier teams. With the absence of LAN tournaments, teams have faced challenges regarding team synergy. While teammates may feel more connected in their mindset on LAN, it is much easier to lose focus and tilt in the comfort of your own room.

“It’s been a challenge that our teams have had to overcome, and that really comes down to the amount of practice and effort that [our teams] put into their performances, which is helping them to still be successful, despite [matches] being online,” concluded McKay.

However, despite the lack of face-to-face interactions, McKay describes that the change has brought a positive impact to the gaming community.

“Whereas people might have been more shy or not willing to try things in person previously, now that everybody’s just at home and they're gaming anyways, they’re more inclined to come to our events and be more active in our community,” he said.

Gamers have become closer by being further apart. With a surplus of time spent at home, diverse student groups are looking for different ways to engage with the club. In fact, the club has seen an increase in volume of players over the past few months.

Ultimately, “people come to the esports club and they want to play video games,” and UBC Esports Club provides exactly that service.