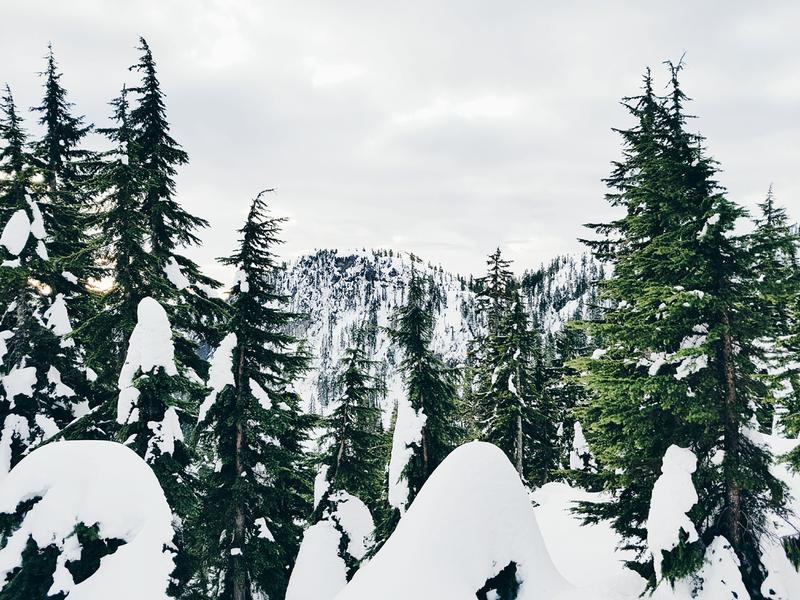 Please note that due to copyright issue, the original title of Choose Your Own Adventure has been changed to A Social Backcountry as of June 2019.

People want to get outside — they want to get to beautiful places. But without proper management, our outdoor recreation areas — be that mountains, parks or beaches — can be negatively impacted by the increased foot-traffic. Where can this increase stem from? social media.

Heather Mosher is exploring the way that social media is changing the Lower Mainland area and the ways in which the population can work to keep our outdoor space safe and accessible. In her upcoming film, A Social Backcountry — being featured at the Vancouver International Mountain Film Festival (VIMFF) on Wednesday, February 27 — Mosher talks about the challenges that are facing people and the Southwestern BC environment right now, specifically with regard to increasing interest and impacts of social media on recreation areas, parks, outdoor spaces.

The 10-minute film was funded by the 2018 Arc'teryx Adventure Film Grant.

“The Lower Mainland, the Sea To Sky, everything is getting busier, there are more people everywhere, more people are getting outside in the backcountry, what does that mean? What are the impacts of that ... more people means more search and rescue call outs,” Mosher said.

Parks like Joffre Lakes Provincial Park have seen unsustainable traffic in the last couple years. This has led to problems in parking, waste management and trail maintenance which are slowly degrading the park. The increase in visitation is also putting a strain on Search and Rescue efforts as the number of incidents has spiked.

What's more, information on backcountry ski routes is becoming more publicly available online each year, which lowers the barrier of entry for beginners to get outside and explore the mountains.

This kind of online information sharing can be dangerous for beginners that don’t have a fundamental understanding of the risks involved in backcountry exploration. In addition, newcomers to the outdoor scene are less exposed to the behaviours, such as Leave No Trace Principles, needed to keep the backcountry clean.

In order to combat these problems, increasing awareness and accountability among outdoor recreationists could be important. Mosher proposes turning the problem into the solution: use social media to spread safety and hazard information on backcountry conditions.

Matt Gunn, a backcountry skier and guidebook writer featured in Mosher’s film, believes that these social media channels can be embedded with messages about safe practices and sustainable recreation principles.

Interpreters working for parks also offer a great way to bring awareness to these principles. Interpreters and rangers could work to educate visitors on behaviours that would keep them and the environment safe, but many of these programs have unfortunately been decimated over the years by funding allocations.

Possibly the best way to keep our environment safe is by increasing access to these areas. The number of people getting into the outdoors is only going to increase, and they will continue to be concentrated in the most popular and easy to access areas.

By expanding access to outdoor areas, impact on backcountry can be minimized through decreased concentration of visitors to any specific location. This would involve developing more roads and parking areas at new locations, increasing ranger presence in the mountains, and establishing and maintaining more routes along the lower mainland. These efforts involve the coordination of local and provincial governments, as well as outdoor access groups across Vancouver.

Mosher’s film helps bring attention to many of these issues, but she believes that real change needs to come from citizens.

"If people see something that is upsetting at a park, they should write to their local representative or their government," Mosher said.

Gunn believes that change will need to come from the outdoor community.

“I think that people that are already into it, who are already passionate about the outdoors, can be the champions of that," he said. "When they see people outside, especially if they're like novices or seem unprepared, not be judgmental, but be ambassadors and willing to help and reach out”

It is everyone’s responsibility to help make the outdoors a safer and more accessible place by sharing knowledge.

A Social Backcountry is being screened at the VIMFF UBC Ski Night on Wednesday, February 27, 2019 at 7:30 p.m. in Frederic Wood Theatre. Tickets are available here.