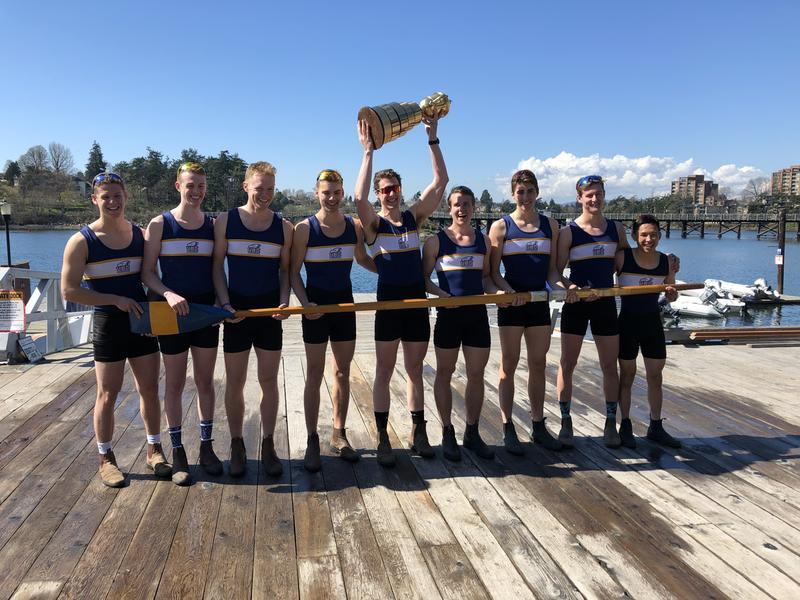 Though there were only three varsity teams in action this past weekend, there were still some highly important events happening for the Thunderbirds. From the UBC Open with track, to the time-honoured tradition of the Brown Cup for rowing, here is what you missed in the UBC sports world:

Going into the weekend, the University of Victoria Vikes were the historical favourites for the annual Brown Cup that features a head-to-head against UBC’s crews. That trend was broken on Saturday and Sunday.

In the varsity men’s 8+ race, UBC was able to break UVic’s three year title run with a 7.13 second victory. The men’s roster has gone undefeated so far this season.

The women’s 8+ weren’t so lucky, as they fell behind with a 9.1 second loss against their Victoria counterparts.

That said, the reserve teams for UBC kept the good times rolling with a win in both the men’s and women’s events. The men’s side claimed their win with a time of 10:50.89, while the women finished in 12:11.34.

Overall, that means UBC claimed three of a possible four wins over the weekend.

NAIA "A" standard times for T-Birds

In UBC’s home track meet and outdoor season opener, UBC athletes claimed several NAIA “A” standards to set them up for a trip to the championships in Alabama in May.

Some highlights from the weekend included:

Three of a possible four for softball

Back at home after a road trip last week, UBC softball faced Providence at Softball City on Friday and Saturday. Though they split their first double-header with a 3-1 win followed by a 5-6 loss, the team came back in a big way with a 12-4 win on Saturday morning and a close 6-5 win that afternoon to close out the weekend.