Men's and women's soccer are set to take part in the Canada West final four while women's field hockey lost out on a chance to retake the Canada West title and return to the U Sports national championships.

A late goal from UBC defender Jordan Haynes was what separated the Thunderbirds men’s soccer team and the University of Alberta Golden Bears in their Canada West quarter final clash last Friday.

The goalless first half could only be characterized as somewhat disappointing, as the T-Birds dominated their opponents but most of their shots went out wide. The match day’s windy conditions were favourable for the Golden Bears, but the team failed to put UBC goalie Jason Roberts to the test.

With play shifting to their side, UBC’s offensive flair brewed much trouble for the opponents in the second half. The 48th-minute saw T-Bird midfielder Mackenzie Cole miss two shots at point-blank range after he received the ball free from any defenders. Cole also took his chances in the 56th-minute with a long shot outside the box, but Alberta goalie Liam Collens made a stunning save.

A header from UBC defender Jackson Farmer in the 70th-minute almost gave the T-Birds the lead, but the ball hit the crossbar.

It was only a matter of time before UBC finally scored. The crowd could only gasp as Jordan Haynes’s 76th-minute corner kick curled high in the air and flew into the upper left corner of the goal. The sight was something to remember.

“We had several chances. A few cleared off the line and what not,” remarked head coach Mike Mosher. “That’s the game sometimes, right? You gotta persevere and just keep playing and believe that something’s gonna come. We really tilted the field in the second half in our favour, and eventually, [the goal] would come.”

The T-Birds will face the University of Saskatchewan Huskies in the first match of the Canada West final four on November 1. 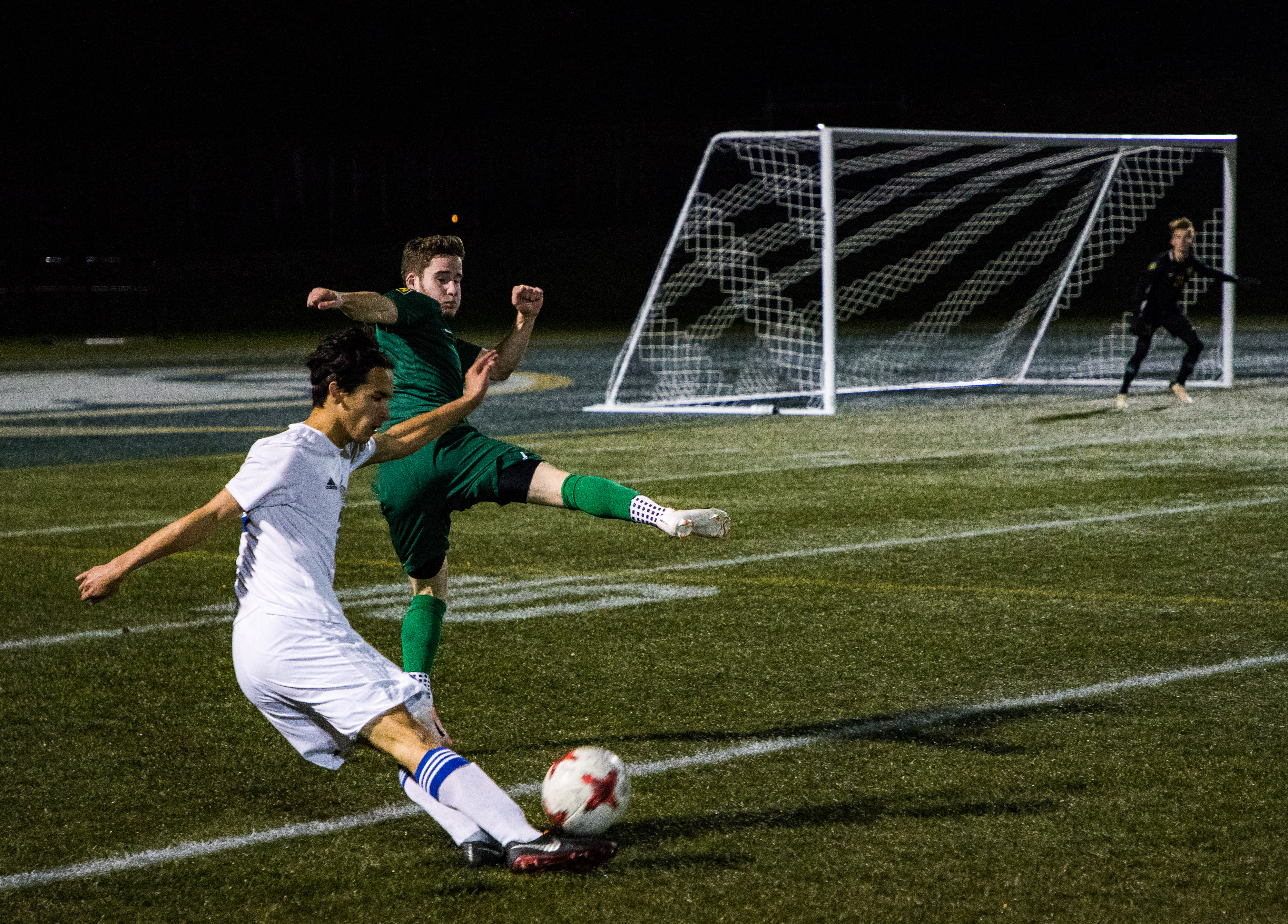 The Thunderbirds snuck past the Goldern Bears with a 1–0 victory. Aman Sridhar

It was a near perfect weekend for the Thunderbirds women’s soccer team in Saskatoon.

The Thunderbirds’ first opponent of the weekend were the University of Lethbridge Pronghorns, a team that snuck in with the sixth and final spot in Canada West’s Prairie division.

It was a clean game, with no penalties handed out from the start to the final whistle. The T-Birds came out of the gates swinging, with Katalin Tolnai slotting a goal back off an assist from Natasha Klasios at the 25th minute.

It would prove to be the only goal of the game, but the Thunderbirds still dominated it. They put 17 shots on the Lethbridge goal while the Pronghorns could only get two past the UBC defence, but not T-Bird keeper Emily Moore.

Next, the Thunderbirds faced the home team in the Huskies. While Saskatchewan finished with an identical 8–2–4 record in the regular season, they were no match for the stellar UBC offence and defence. The T-Birds scored three goals in the opening half courtesy of Tolnai, Amelia Crawford and Danielle Steer.

Two late yellow cards in the second half did not help Huskies attempts at a comeback and Anisha Sangha scored on more for the T-Birds, giving them a 4–0 win.

Next, the ’Birds will face off against dreaded rivals Trinity Western in the Canada West final four being held in Edmonton this weekend. 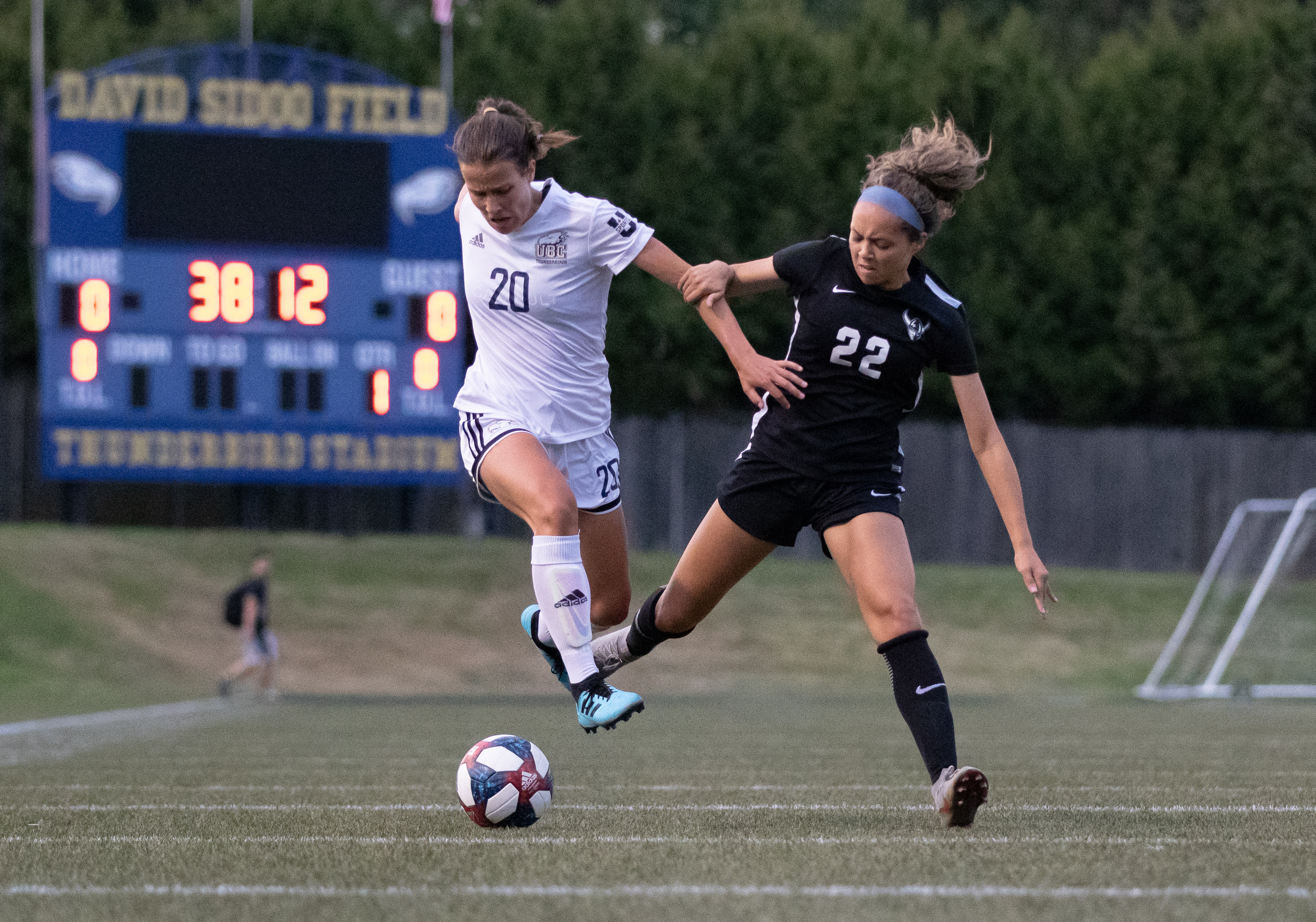 The Thunderbirds will have their hands full when they face Trinity Western in the final four. Salomon Micko Benrimoh

Thunderbirds bested by Vikes, lose out on Canada West title

The UBC women’s field hockey squad had a weekend to forget in Victoria.

The team came into the weekend needing to come away with big wins against rivals the University of Victoria Vikes in order to try and reclaim the Canada West crown and punch their ticket to the U Sports National Championships.

The Thunderbirds, who up until last year had won seven straight U Sports titles, needed to beat the Vikes after they left Calgary last weekend with two wins in the bag against the University of Calgary Dinos and the advantage in the standings.

A five-hole shot from Vikes’ player Ashton Aumen saw Victoria take the lead in the 45th minute of a hotly contested first game.

The Thunderbirds continued to play hard, searching for an equalizer but they ultimately came up short.

The win meant that the Vikes would win the Canada West title and the right to host the U Sports National Championships in November.

Even with the grand prize out of reach, the Thunderbirds came back to play even harder in the second game of the weekend.

The Thunderbirds came out ahead early with two goals courtesy of Niki Best and Izzy Fraser.

They would go into the half with a 2–1 lead before the Vikes’ Leina Dueck scored a tying goal and gave the game its final tally of 2–2, ending the Thunderbirds 2019 season. 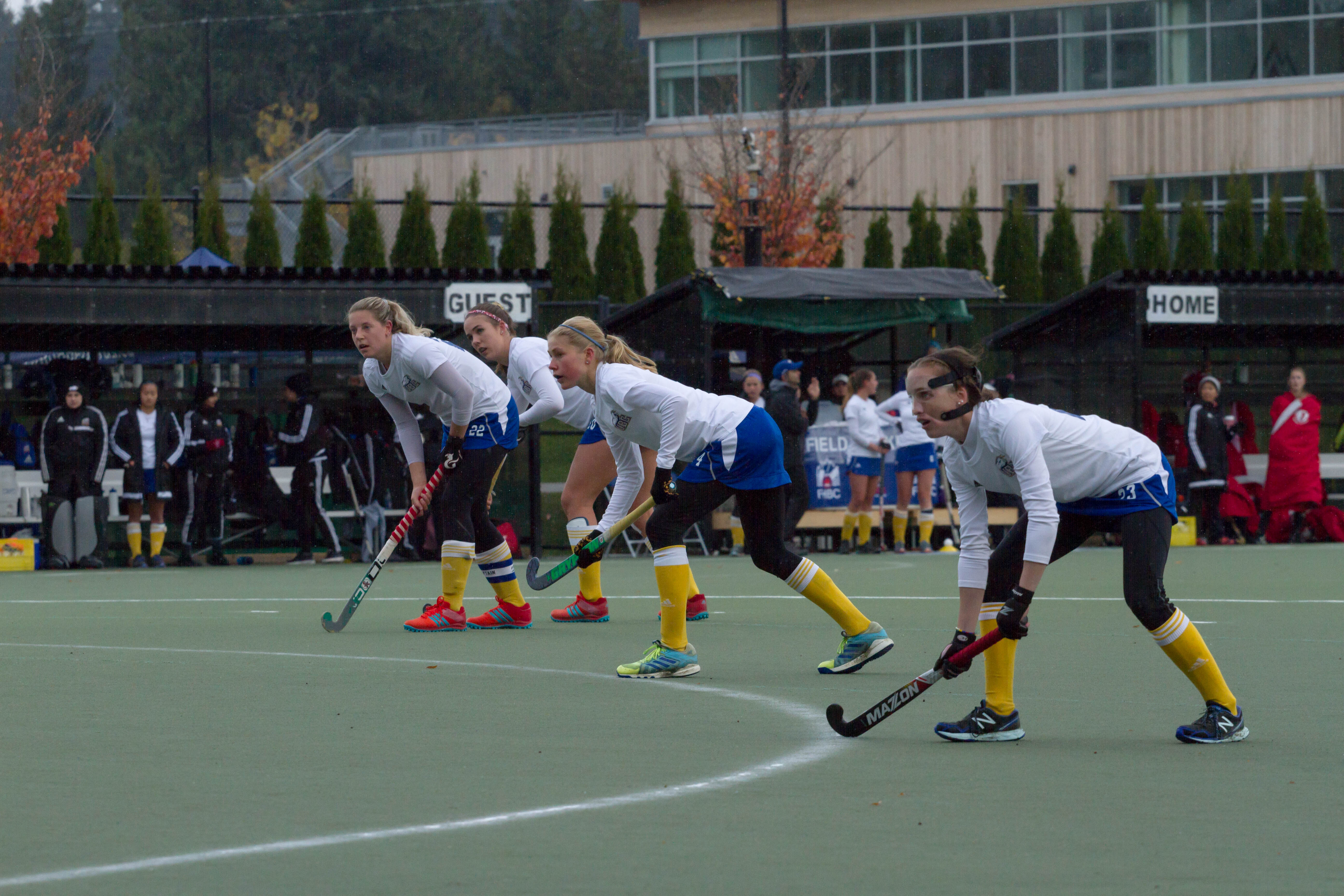 The women’s team will need to wait another year to reclaim the top spot in Canada West. FIle Salomon Micko Benrimoh