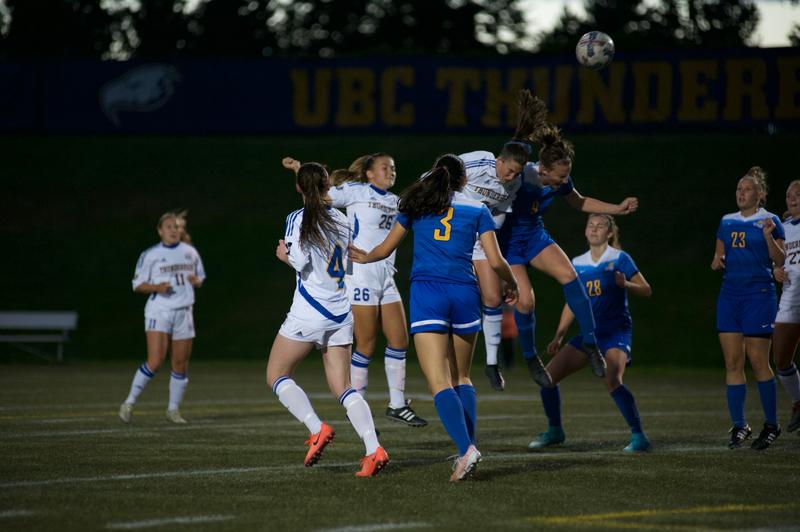 The ’Birds battle in the box against UVic’s defence. Elizabeth Wang

In what was an eventful Friday evening, two of the top teams in the women’s soccer Canada West Pacific Division — UBC and the University of Victoria (UVic) Vikes — went head to head for a 1-1 draw at Thunderbird Stadium.

Recapping the match, head coach Jesse Symons commented, “Defensively, [Victoria] do well and they look to attack quickly in transition and were able to get one back today. Overall, I’m pleased with where we’re at as a team.”

Going into the game, both teams held the same record (7-1-1) and top of the table standings —it was a pivotal matchup that would hold implications for later in the season.

The first 20 minutes of the game saw a lot of back and forth, with both teams committing a lot of unforced errors. Things started to pick up for the ‘Birds when, in the 36th minute, forward Jasmin Dhanda weaved through the Vikes’ defense and got a clear shot at goal. Though the play didn’t result in a goal, it proved the ’Birds were starting to make some headway. 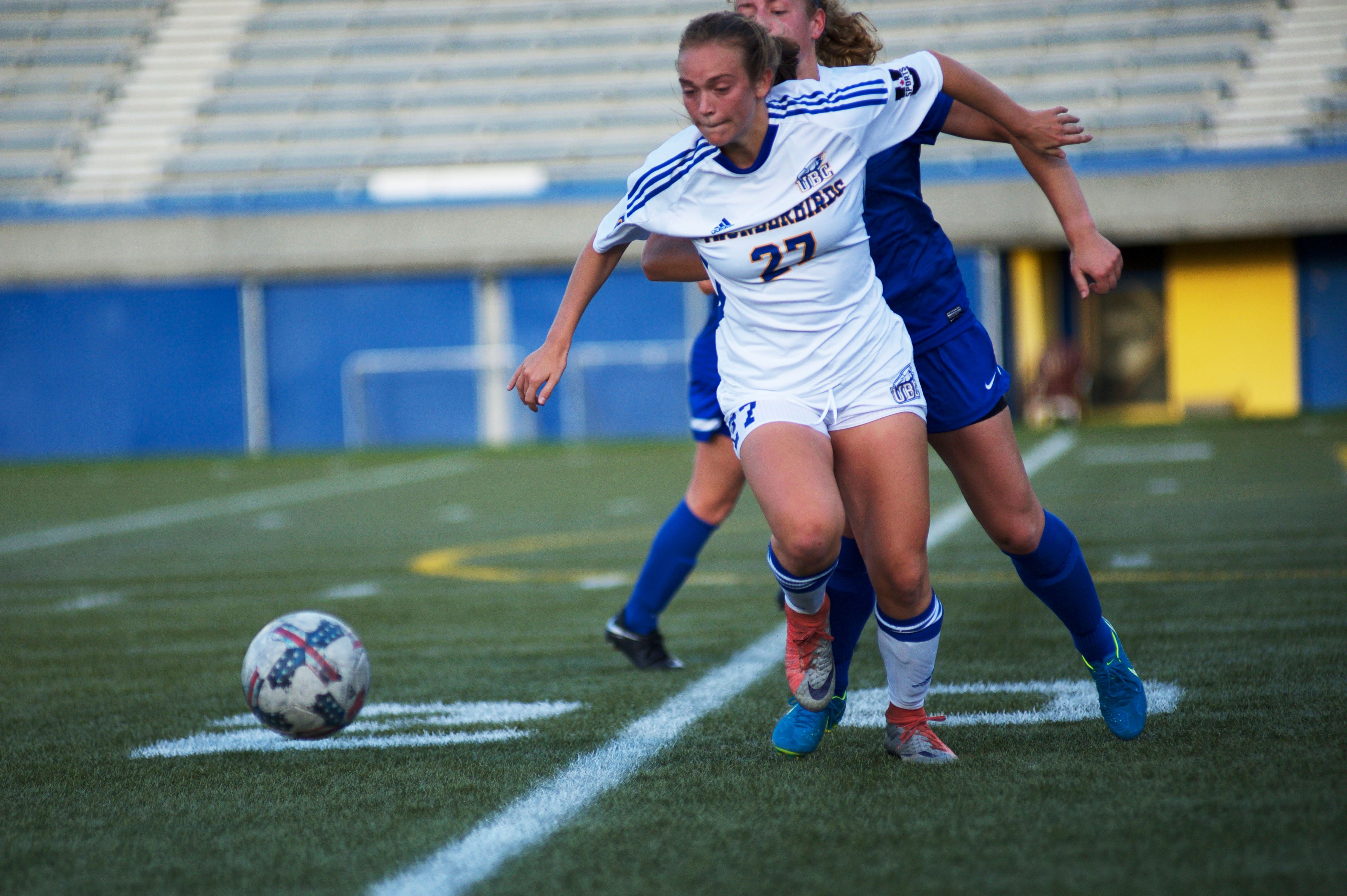 UVic were able to make a push back before the half, with forward Kiara Kilbey testing T-Birds fifth-year keeper Marlee Maracle with two close range shots. The Thunderbirds immediately returned the favour, when forward Amelia Crawford put the burners on the Vikes defence down the right wing, slotting the ball low into the box. The ball ricocheted off a player’s foot and almost lobbed UVic goalie Puck Louwes, but the match remained scoreless as it breezed over the top of the bar.

At the half, the teams were still at a stalemate.

Coming out of the dressing rooms, it was clear both teams had developed more aggressive game plans, evidenced by tighter defense and faster counterattacks. The 65th minute saw a fantastic chance for the ’Birds when Dhanda deflected a cross from defender Emma Kallner towards Crawford, who drilled the ball into the side netting. The ‘Birds wouldn’t have to wait long for another opportunity, however, with Dhanda finding plenty of space off a flick from teammate Aman Shergill. This time, UBC converted in the 69th minute to make it 1-0. 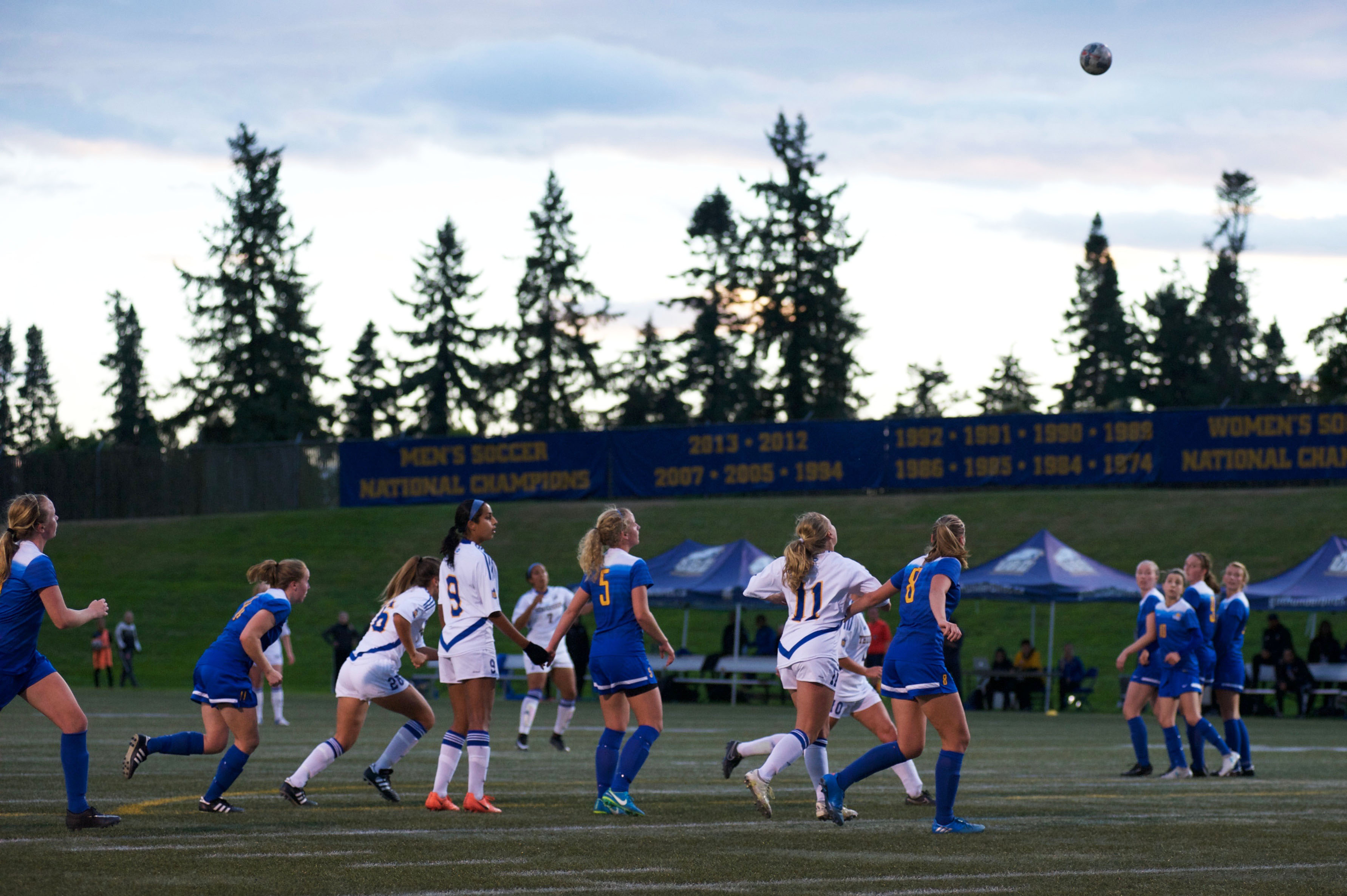 It was clear the game was far from over as the Vikes opted to shake things up with four substitutions in the 77th minute, bringing fresh legs on the pitch — it worked in their favour. After pressuring the home squad, Vikes midfielder Kyra Teetzen dribbled around UBC’s defenders and finished well, equalizing the game.

As the match drew to a close, the momentum had obviously shifted in Victoria’s favour. Even so, UBC had one last chance, when Shergill threaded a through-ball for Dhanda who was stopped by an excellent save from Louwes.

Post-game, Dhanda acknowledged the created and missed chances for the T-Birds but was pleased with her teams’ performance overall. Regarding next week’s matchup, she commented, “Travelling away games are always harder, so we just got to make sure we stay on our game, play how we can and make sure we have that next level.” 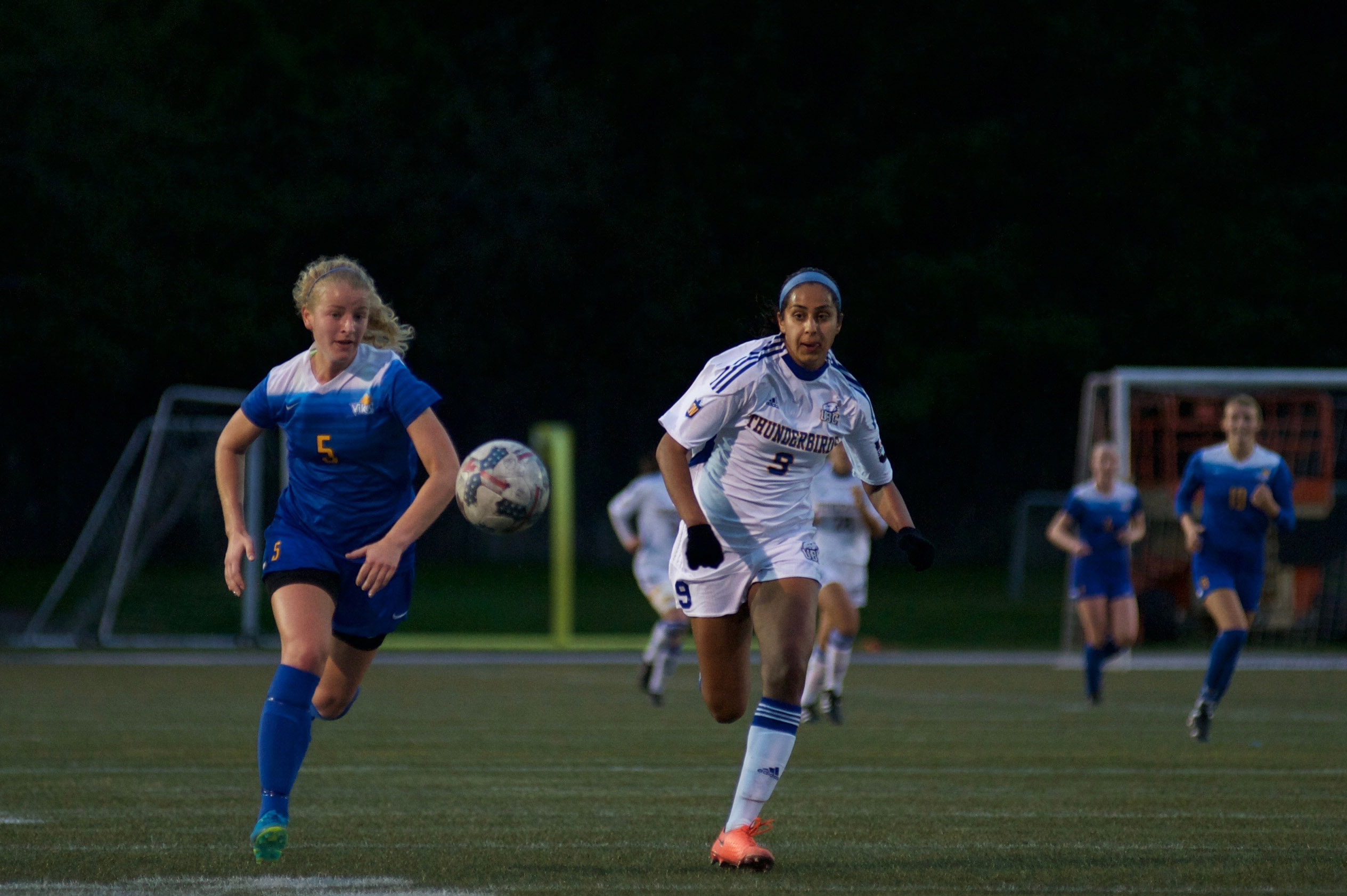 UBC moves to 7-1-2, splitting top spot in Canada West with the Vikes. The team moves on to face the University of Alberta Pandas in Edmonton next week, in what is sure to be a gritty game.