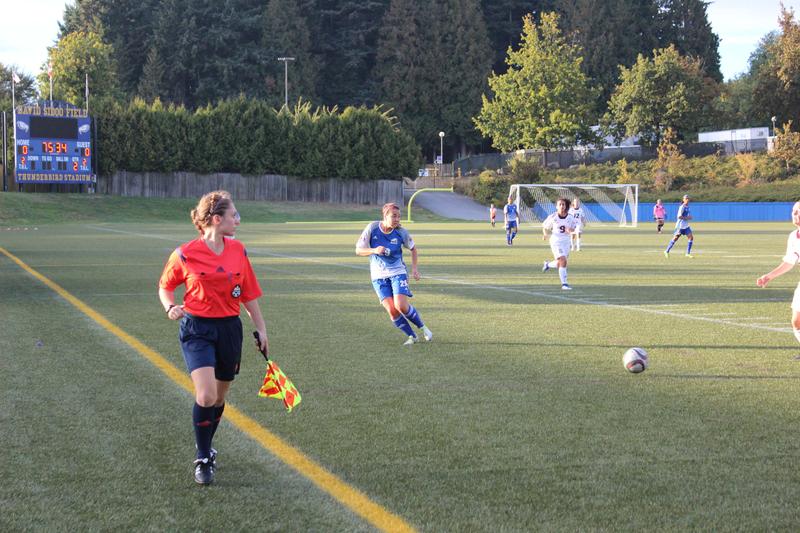 Following a 0-0 draw on opening day against the University of Victoria Vikes, the UBC women’s soccer team looked to continue their fine defensive form over the weekend against the Mount Royal University Cougars and MacEwan University Griffins at Thunderbird Stadium.

Friday’s match against Mount Royal was a goal fiesta for the ’Birds, with five different UBC players each recording a tally on the score-sheet. Amelia Crawford and Sydney Jennings pulled the home side ahead 2-0 before halftime. Then, in the final 10 minutes, a flurry of goals from Rachel Jones, Aman Shergill and Shayla Chorney effectively put the game to bed.

Saturday’s match against MacEwan was a different story. Though the ’Birds were able to record yet another clean sheet, they were not able to get on the score-sheet themselves.

“Today we played a team that kept nine behind the ball all the time,” said head coach Jesse Symons. “It was hard to break down. The players are a little frustrated because we are getting chances, but we haven’t buried one in two of our three games now.”

On a positive note, Symons’ team played well defensively and now have a shutout streak going at three games. They dominated the possession game and out-chanced MacEwan. The best chance came from Margaret Hadley, who hit the crossbar with her attempt at a goal just after halftime. Despite the frustration, Symons remains positive that his team will be able to capitalize next weekend.

“Hopefully, we’ll reconvene for next week ... We’ll hopefully get a bit more space to play in and emphasize that — as a team — when we get chances, those need to be capitalized on,” said Symons. “When we do that, we’re on the front foot and things will open up.”

The ’Birds will look to continue their shutout streak in Abbotsford and Langley next weekend as they face Fraser Valley and Trinity Western.