Bringing down the house: T-Birds vanquish Dinos in home opener 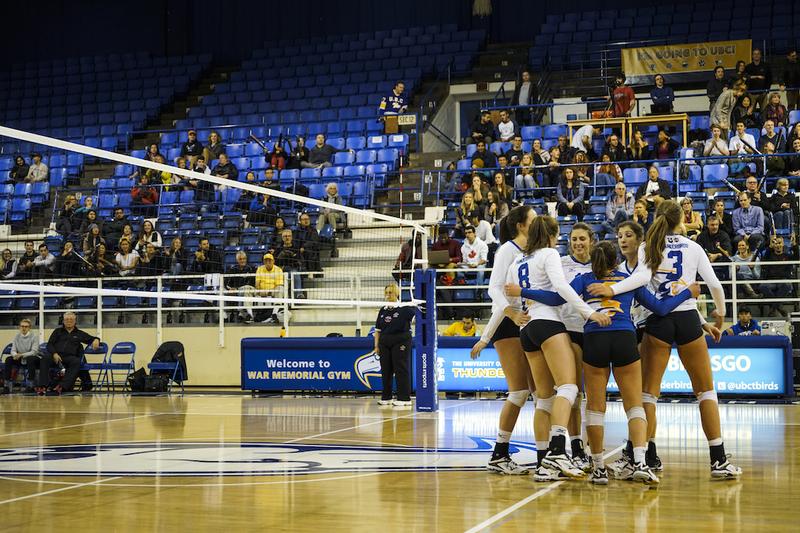 The 'Birds celebrate after a successful point. Elizabeth Wang

In their 2017 home opener, the women’s volleyball team faced off against the undefeated University of Calgary Dinos at War Memorial Gym on Friday night — over 400 fans watched the Thunderbirds take down the Dinos three sets to one.

The Thunderbirds dominated the first set, taking it by 11 points for a final score of 25-14. Middle Gabrielle Attieh put up a block to earn the set point for the T-Birds, while right side Olivia Furlan and left side Kiera Van Ryk both had multiple kills, setting the tone for UBC’s offence throughout the game.

In the second, it was the Dinos’ turn to take control. With UBC falling behind in points through the middle of the set, the two teams traded missed serves pushing Calgary closer to the win. The Thunderbirds were unable to catch the Dinos, and the visitors took the set point with a tip into UBC’s front zone, securing the 25-16 set win and tying the match up at one set apiece.

The third set was a much closer affair and saw the Thunderbirds battle back from Calgary’s set point for a 26-24 victory. UBC and Calgary again traded points throughout the set, with Furlan and Van Ryk putting up more kills for the home team. 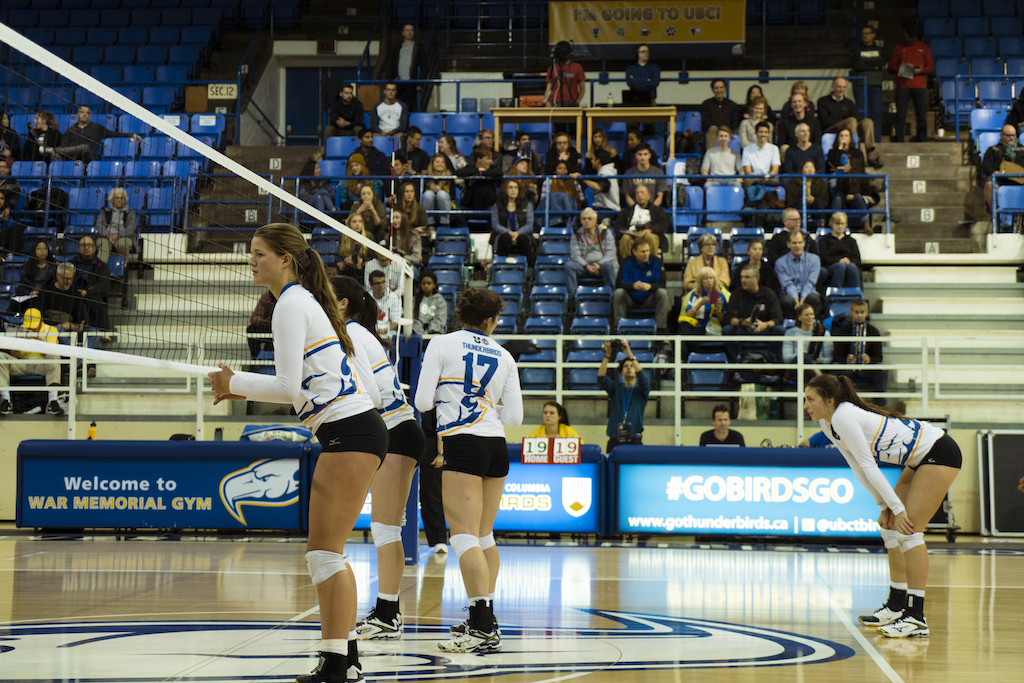 UBC sets up on the court. Elizabeth Wang

By the end of the third set, UBC was up 2-1 and looking ready to finish the game in the fourth. With momentum on their side, the team took the set with a 25-20 win.

Van Ryk finished the game with nine kills overall, while Furlan led the Thunderbirds offence with 15 kills. Attieh also had 12 kills for UBC. For Calgary, Laura McManes headed up the offence, earning 14 kills during the game.

“Alessandra [Gentile] did a pretty good job getting the ball to our right side player, Olivia Furlan,” he said, “Kiera Van Ryk didn’t have as strong a match offensively as she would have liked, but that’s going to happen.”

Reimer also said that his team will have to work on making less mistakes going forward.

“It’s a new group — a pretty young group — so lots of learning to be done there,” he said.

On Saturday, UBC continued their domination of the Alberta side, this time taking them down in straight sets. Van Ryk led the ’Birds this time with 15 kills on the night, while veteran setter Gentile notched 29 assists on the night.

The successful home stand puts the Thunderbirds at a 3-1 conference record after two weekends of regular season play. Their next games will be against the Thompson Rivers Wolfpack on November 9 and 10 at War Memorial Gym.