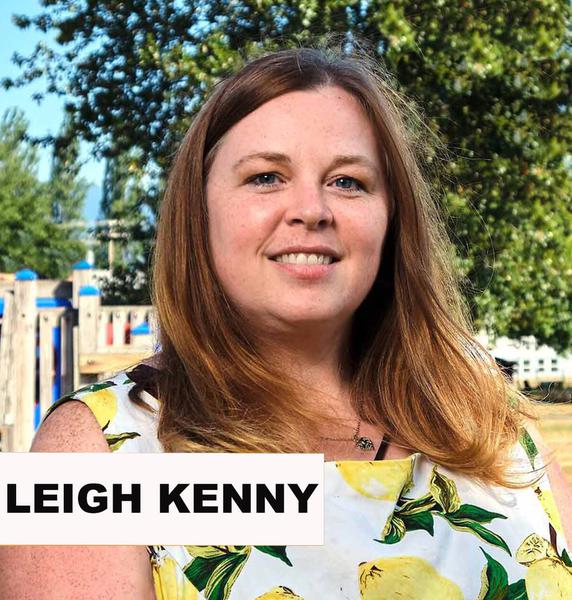 Kenny decided to run under the NDP because she found that the party “seems to have the most balance for everybody.” Courtesy Leigh Kenny & Elizabeth Wang

Leigh Kenny isn’t too happy with the political landscape in Canada.

“I’ve been an eligible voter for about 20 years [and] in that time, I’ve seen successive Conservative and Liberal governments flip flop back and forth, not really being terribly effective,” Kenny said. “So I figured I would actually try doing something a little more productive than complaining [about it].”

Kenny is running for the Member of Parliament (MP) position in Vancouver Quadra as a representative of the New Democratic Party (NDP) with a focus on affordable housing, the environment and healthcare.

Kenny’s background is in government work for the Province of Alberta and the Canadian Armed Forces. She and her family moved to Vancouver two years ago.

After serving in the military, Kenny feels she’s been instilled with a “virtue of service.”

She decided to run under the NDP because she found that the party “seems to have the most balance for everybody.”

“They've got sort of a little bit of something for everybody, as opposed to a lot of something for some people and not enough for others, which is what I felt we were getting from the Liberal and the Conservative governments,” Kenny said.

The NDP has committed to a platform of creating 500,000 units of “quality, affordable housing” within the next 10 years. Kenny said she’ll push for Vancouver Quadra’s fair share of that.

She also supports the NDP’s version of a ‘Green New Deal,’ which includes plans to create 300,000 jobs in the clean energy sector, revise Canada’s pollution targets, invest in public transportation and work alongside Indigenous communities in climate action plans.

“We really have a very beautiful spot here in Vancouver. We’ve got pretty much every ecosystem we can possibly think of,” Kenny said. “I think with bold environmental initiatives, not only can we preserve what we’ve already got, but we can actually help those environments and those ecosystems to grow.”

Kenny is also passionate about the “head-to-toe” coverage the NDP’s healthcare plan is promising to provide. This includes universal pharmacare and increased coverage for mental health, eye, hearing and dental care.

“People shouldn’t have to be stressed out over whether they can afford their medication or not,” Kenny said.

Kenny is running against incumbent Joyce Murray, who has held the MP seat in Vancouver Quadra for over 10 years. She admitted that Murray has a bigger budget and a bigger team, but believes she has a different approach to politics than Murray does.

“I’m not a career politician. I’m not ambitious beyond wanting to serve the people of Vancouver Quadra,” said Kenny.

“I’m just looking to serve the people who live here, as best I can.”