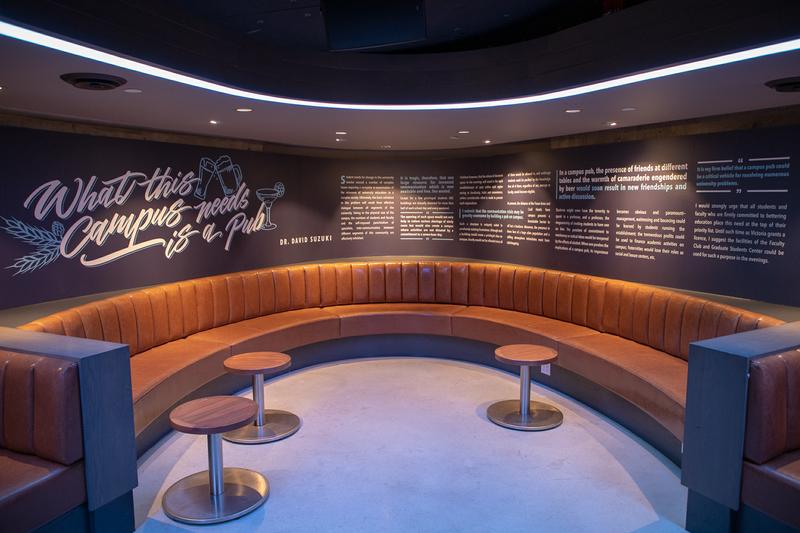 Chung’s belongings were never found — but the society said its insurance would fully reimburse Chung for his losses. The AMS later rescinded its offer. File Zubair Hirji

The AMS is refusing to fully reimburse the cost of a student’s personal belongings that were lost at The Pit’s coat check.

Last month, staff at The Pit allegedly lost a student’s items worth $1,700 after he left them at coat check.

Second-year Sauder student Daniel Chung says that the bar lost his jacket, keys, AirPods and his passport, which was his sole form of ID. He attended the January 9 Pit night and said at the end of the night, staff couldn’t return his belongings to him.

“They spent a couple minutes fumbling around ... the lady seemed a little flustered, ’cause she couldn't find it,” he said.

Chung said he spoke to a Pit supervisor later that night and was forced to search for his own jacket, which he did not find. Both the AMS and Chung claim that the other then became angry and raised their voice.

Chung then spoke to a police officer outside The Pit, but she told him that nothing could be done because “it's not exactly a criminal case.”

“I was sort of ... furious because, you know, that was a lot of stuff I lost,” he said. “... [The supervisor] comes through all hot-headed ... and so as soon as he started talking to me, I could tell he wasn't there to listen.”

AMS Senior Food and Beverage Manager Daniel Coculescu wrote in an email to Chung that the supervisor’s alleged hostility “has been addressed via our internal disciplinary policy.”

According to Eric Lowe, AMS manager of communications and marketing, Chung’s belongings were never found — but the society said its insurance would fully reimburse Chung for his losses.

“We wish this never happened, and it's not like we're trying to lose this stuff,” said Lowe. “... This is the first time it's happened.”

But the AMS later rescinded its offer, saying that it would no longer submit a claim to its insurance company because “the deductible far exceeds the total of [Chung’s] claim.”

Instead, they offered him $500 from AMS funds.

“The $500 offered by the AMS represents a gesture of goodwill, it is not an attempt to compensate you for the items you have claimed as lost,” Coculescu wrote.

Lowe said lost coats at The Pit’s coat check are uncommon and that staff allow customers to return after the pub has closed to look in the coat check room themselves, as they did with Chung.

“We went over [policy] with the people that run coat check, the managers and supervisors of The Pit, to make sure, again, that, you're not hanging another jacket on to the same hook,” he said.

What happened to Chung's jacket remains unknown, and will likely remain this way due to a lack of surveillance inside the bar.

The only cameras at The Pit are located around the front and back doors, following the AMS policy on video surveillance which states that cameras should “control access to the Pit Pub.”

This means the coat check and interior of the bar are unrecorded, which AMS Project Manager Michael Kingsmill says is to ensure patron comfort.

“... We took even perhaps an extra modicum of precaution to not really camera people while they're meant to be enjoying themselves and relaxing and not like, ‘Why is this all happening?’” he said.

The policy has not been updated since 2010, and despite the AMS recently installing eight new cameras throughout the Nest, Kingsmill said that there are no plans to expand surveillance in The Pit.

“Someone's not saying, ‘Oh, well, we better put a camera in there,’” he said. “You know, you had one bad incident, maybe it was a harmless thing … so hopefully [we] don’t overreact.

“For reasons of the patrons' enjoyment, it doesn't have cameras all over the place. And I hope we keep it like that.”

“No way [I’m going back] unless there's a huge reform,” he said.

— With files from Zak Vescera