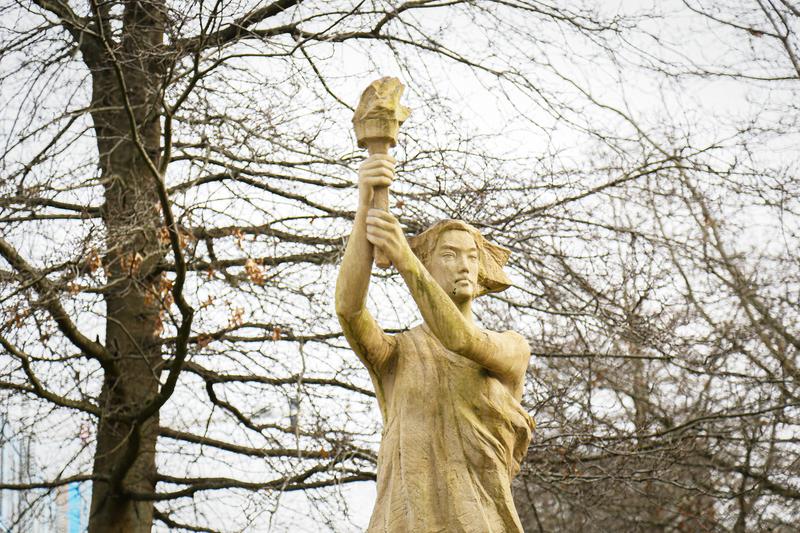 The Goddess of Democracy statue honours victims of the Tiananmen Square Massacre of 1989 and has become a symbol of campus activism. Jasmine Foong

The AMS Council has passed a motion to release a statement condemning alleged human rights violations in Hong Kong resulting from a Chinese national security law. But there remain concerns that such a statement might alienate Chinese students, following similar reactions at other Canadian universities.

AMS VP External Kalith Nanayakkara said the motion was part of the AMS’s “job as a student society to stand up for students, regardless of which institution they attend, where they’re from.”

“I think AMS as our student society will always endeavour to hold all institutions accountable and to stand up for human rights and freedoms around the world,” said Nanayakkara.

Rachel, a member of UBC Enlightenment Hong Kong whose name was changed to protect her safety, thinks the AMS’s decision was long overdue.

However, Nanayakkara raised concern at the AMS Council about the statement possibly alienating Chinese students before the motion passed. “I want to make it clear, it’s not that the AMS is anti-[Chinese Communist Party] or anti-China, we’re just condemning these actions for the protection of students,” said Nanayakkara in an interview.

“It’s important to highlight that we’re not necessarily picking sides or picking which state we support. We’re rather just pushing for the safety and human rights of these students,” he added.

McGill’s student society faced backlash after releasing a similar statement in November. An anonymous petition called for the statement’s retraction on the grounds that it discriminated against mainland Chinese students.

Nanayakkara said the AMS would work to ensure all students feel welcome and examine the McGill student society’s response to the situation to prevent a similar reaction at UBC.

“I don’t think this would be a widespread concern among the Chinese citizens just because I don’t think we should be equating like the doing of the party ruling the country with the people from that country,” Rachel said.

“I think it’s important to raise awareness in the student community because … the oppression is getting more severe ... and yet they don’t get as much attention just because this thing has been going on for so long and it’s starting to lose focus.”