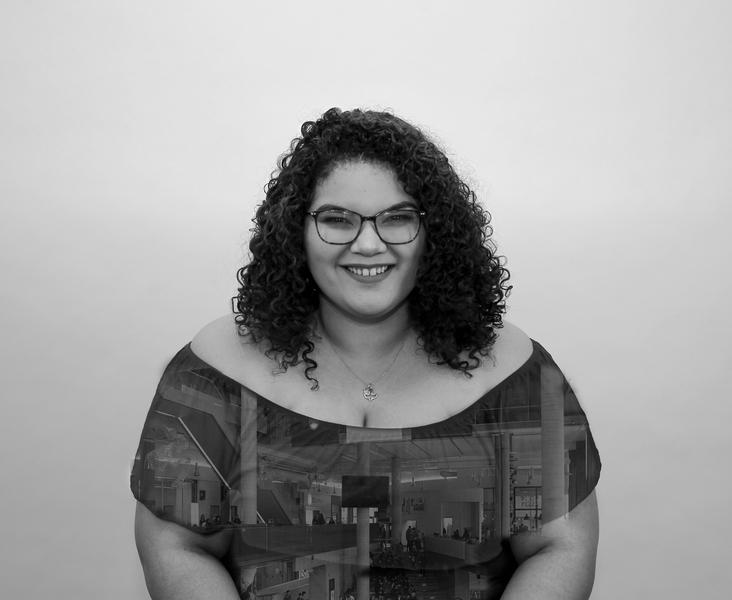 One of Fuentes’s highest priorities is to “bridge the communication gap” between the VP Administration office and student groups. Elizabeth Wang

Andrea M. Hurtado Fuentes wants to bring a platform of peer-support and leadership training to the forefront of the VP Administration portfolio.

The third-year chemical engineering student, current residence advisor (RA) and president of the Latin Dance Club stressed that her extensive club experience has provided her with first-hand knowledge around the complications clubs often face when dealing with the VP Administration.

“I decided to run … because I felt like it’s not okay to just sit back and complain about it,” she said. “... If you want to change, I guess you could say the system ... you need to step up and try to actually advocate for that change to happen.”

One of Fuentes’s highest priorities is to “bridge the communication gap” between the VP Administration office and student groups.

She hopes to accomplish this by holding bi-weekly open floors where club members can voice concerns and issues they’d like to bring to the attention of the VP Administration. She also wants to standardize interactions between the VP Administration and student groups to ensure “fair and equitable treatment of all clubs.”

But during the Great Debate, it was clear she still thinks it’s important for the VP Administration to maintain a governing role, when she challenged Evan’s platform of giving clubs more autonomy.

“As the VP Administration having governance over clubs and societies, it’s important to establish those boundaries because the AMS is legally liable for any activities the clubs do,” she said.

“As a two-time RA, I understand how important that is for people in peer-support roles such as us, as leaders,” she said. “It’s really important for them … to be equipped to deal with different situations that may arise in their communities.”

Additionally, her platform includes expanding the promotion of the Hatch Art Gallery to better reach students and making it a space open to activists and ‘artivists,’ which it already is.

Fuentes also hopes to bring more transparency to the AMS decision-making. Citing the cut of Sexual Assault Support Centre’s support services and the banning and unbanning of an anti-feminist activist from the Nest, she said those decisions seemed “emotionally-driven.”

“[The AMS] should always have transparency … when they're making decisions that affect us,” she said.

Ultimately, Fuentes hopes to bring her leadership experience to the role of VP Administration and using that position to “help others become leaders too.”