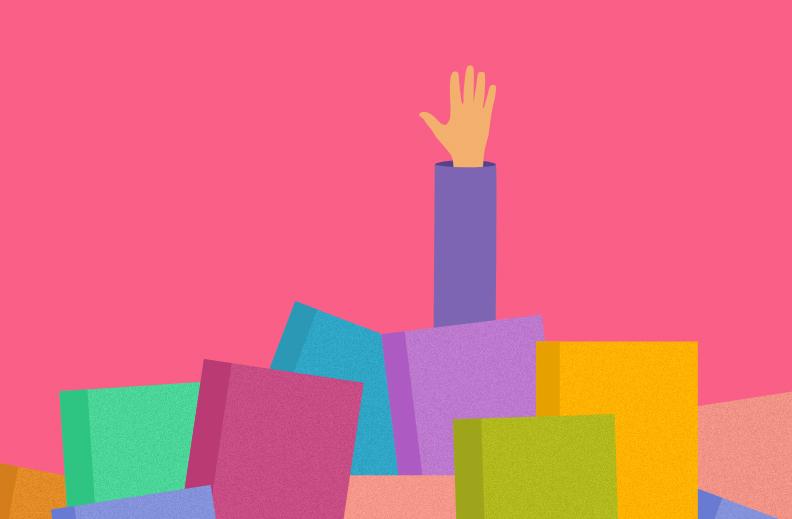 The Canadian Alliance of Student Associations (CASA) recently published a policy paper outlining the prevalence of mental health disabilities on university campuses as well as what they think the federal government should be doing to support student mental health.

“At the beginning of the year, all of our member institutions vote on priorities that are important for them on their campus,” said Shifrah Gadamsetti, CASA board chair and practicing registered nurse. “And mental health was the number one issue, no matter which campus you came from.”

According to a 2016 survey conducted by the National College Health Association, 44.4 per cent of students reported that at some point in the last year they felt “so depressed it was difficult to function.”

Thirteen per cent of students reported having seriously considered suicide, and over eighteen per cent reported being diagnosed or treated by a professional for anxiety.

Why are these statistics so high?

Even beyond postsecondary students, youth between the ages of 20 and 29 are afflicted with the highest rates of mental illnesses, given the increased responsibility and independence they must shoulder, the stress of moving out for the first time, financial burdens and social pressures.

“There’s also simply the overwhelming stress that university can bring, so that certainly doesn’t help,” said Hanna Murray, a second-year masters student studying history and UBC’s Graduate Student Society representative at CASA. “Coupled with that is the fact that many universities or colleges either don’t have enough support, or it just isn’t there at all ... so [mental illnesses] are kind of left to fester.”

The federal government currently spends $50 billion on addressing mental health in Canada. However, Gadamsetti raised certain concerns over the allocation of that funding within the realm of mental health care.

The majority of that funding goes towards crisis intervention as opposed to primary care. The latter includes reducing the stigma surrounding mental health and helping those affected by it to find positive coping strategies.

“To have a majority of funding and support in that area constantly going towards crisis intervention is actually not the best way to invest economically in the health of our society,” said Gadamsetti.

Although it may help someone out of a mental health crisis, crisis intervention does not necessarily equate to providing long-term support and positive coping strategies, said Gadamsetti.

“As a society and a country we have an obligation to be addressing primary intervention and good coping strategies,” said Gadamsetti.

It is estimated that Canada loses out on $50 billion annually due to lost productivity caused by mental illnesses.

“When we are able to support [students] in creating good coping strategies and recognizing issues before they become a crisis, those kinds of behaviours and patterns of accessing support transfer over when they are able to enter the workforce and become contributing members of society,” said Gadamsetti.

At UBC specifically, there are resources for primary intervention, like peer wellness groups and UBC’s undergraduate faculty societies’ health and wellness portfolios.

“But these I’ve seen mostly at an individual student group level rather than a concerted university effort,” said Murray.

The paper also highlights the limited accessibility of certain financial services and concessions for those afflicted with mental health conditions, based on their strict eligibility criteria.

The Canadian Student Loans Program (CSLP), which provides loans to nearly half of Canadian post-secondary students, offers concessions to students diagnosed with a “permanent disability.” However, if the issue is short-term, students are unable to access these services.

CASA’s paper argues that this is a rigid approach, for it fails to take into consideration that mental illness exists on a wide spectrum.

According to Gadamsetti, a short-term mental health issue could span out for as long as six months in cases of something like episodic depression or anxiety.

“If a student isn’t able to access those supports within those six months, that’s incredibly impactful for the entirety of their education,” said Gadamsetti. “That’s one semester that could result in academic probation, that’s one semester that could result in you dropping out or withdrawing from your classes. ... So we are really hoping for a reimagining of that definition and validation for students’ experiences that don’t necessarily fit that long-term norm.”

Another issue the paper brought to light was how the stigma surrounding mental health negatively affects students when they seek support for their illnesses.

According to the paper, “many students hesitate about accessing supports related to mental health perhaps in part due to negative attitudes from peers and professors, who too often react with skepticism to requests of accommodation.”

CASA maintains that students can also face discriminatory and prejudicial attitudes from student accessibility offices themselves. Negative responses, including the trivialization of illnesses and accusations of faking, are not uncommon. This is likely due to the “invisible” nature of mental illness, the paper notes.

At UBC, Murray believes that while the stigma around mental health does definitely exist, things are changing. “It’s still pretty difficult to talk [about mental illness],” she said, “but I think professors, TAs and staff are becoming more educated on how to deal with these things.”

At the same time, reducing the stigma brings additional responsibilities in terms of the provision of mental health services on campuses.

“We also need to dedicate support to those who are coming forward as a result of that reduction in stigma,” said Gadamsetti. “We can’t just reduce stigma and then not be able to support those students who feel comfortable coming forward, and I think that’s an area that we have a huge gap in right now.”

Another one of CASA’s recommendations to address the stigma around mental health, as well as the other issues the paper highlighted, is the creation of a national working body, with diverse representation from students themselves.

“The student voice does need to be there in order to look at these deficiencies and postsecondary education as a whole, and to provide targeted funding to help that system,” said Murray.

When asked how UBC compares to other Canadian universities’ administration of mental health services, Murray replied, “I think they’re on par, or maybe even a little bit better.

Wait times at UBC are typically a couple weeks, depending on the urgency of the situation. CASA’s paper reports that depending on the time of the year, wait times at some Canadian universities can be as much as two to three months — a consequential barrier to obtaining timely and effective help.

The paper thus calls for increased funding for counselling services on campuses in an effort to cut back on prolonged wait times.

In addition to counselling services, student societies at UBC have also been looking at ways to address the insufficiency of mental health resources.

However, Murray stressed the importance of the centralization of these resources, for the lack of a central authority makes it hard to coordinate between the different on-campus services.

CASA has presented their proposals to relevant ministries within the federal government and is currently awaiting news of its reception in the 2018/19 federal budget.

“We want to make sure that each of these ministries understands the impact that [their support of] these policies would have on mental health and the overall well being of students,” said Gadamsetti.