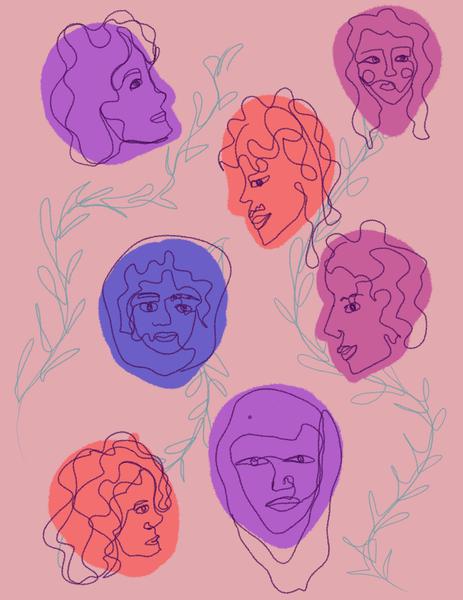 “I would hope that [students of marginalized genders] could give us their trust in the context of this particular project.” Lua Presidio

The audit, which began in October 2020 and will conclude in June 2021, is focused on the experiences and needs of gender-diverse students, staff and faculty. The task force coordinator and a strategist at the Equity & Inclusion Office Dr. Hélène Frohard-Dourlent hopes the audit will highlight a diversity of experiences.

“When we’re looking at where the numbers are the biggest, sometimes we miss some of the nuances of smaller communities. But I think we have so much to learn, and so much that we owe these communities in terms of making sure that our solutions take them into account and actually prioritize them,” they said.

The task force has hired TransFocus Consulting to conduct the audit. Frohard-Dourlent believes the agency will not only help expedite the process, but also provide valuable perspective.

“I think that you gain something from having an external perspective come in, [especially someone] who’s worked with other institutions and has a sense of where the benchmarks are in some of these areas.”

The task force will email students, staff and faculty regarding the first stage of the audit, a university-wide survey, on February 10. Individuals from marginalized and non-marginalized genders are encouraged to participate.

Later, the task force will hold intersectional focus groups made up individuals from marginalized genders who experience multiple forms of discrimination, in addition to strategy sessions that representatives from a variety of departments at UBC will attend.

The pandemic could make consultation difficult. “One of the biggest challenges will be to get people engaged at a time where everyone is really tired of engaging online,” said Frohard-Dourlent.

Pandemic-induced internet fatigue isn’t the only thing Frohard-Dourlent worries will inhibit participation — they also acknowledged the distrust many gender-diverse students have of the university.

Less than two years ago, UBC allowed anti-SOGI speaker Jenn Smith on campus, sparking community backlash. Frohard-Dourlent sympathized with student frustrations but was hopeful they will give the task force the benefit of the doubt.

“I understand what it’s like to be part of an institution that doesn’t always send you back the message that it values you,” they said. “I would hope that [students of marginalized genders] could give us their trust in the context of this particular project. Their voices and their experiences will be honoured.”

Auditors will publish a report with recommendations once they complete the audit. Although the recommendations will not be binding, Frohard-Dourlent sees the fact that four members of President Santa Ono’s executive management team signed off on the task force as a sign administrators will take them seriously.

If this isn’t the case, Frohard-Dourlent hopes that by publicly releasing the recommendations, the university will have no choice but to take accountability.

“We’re stronger by having more voices raised. It’s a sad reality that often numbers make a case, and numbers and stories both can make really strong cases, but I think they make the strongest case together,” they said.

“I think that’s one of the things that the audit is going to be able to do, is to bring together both stories and numbers.”