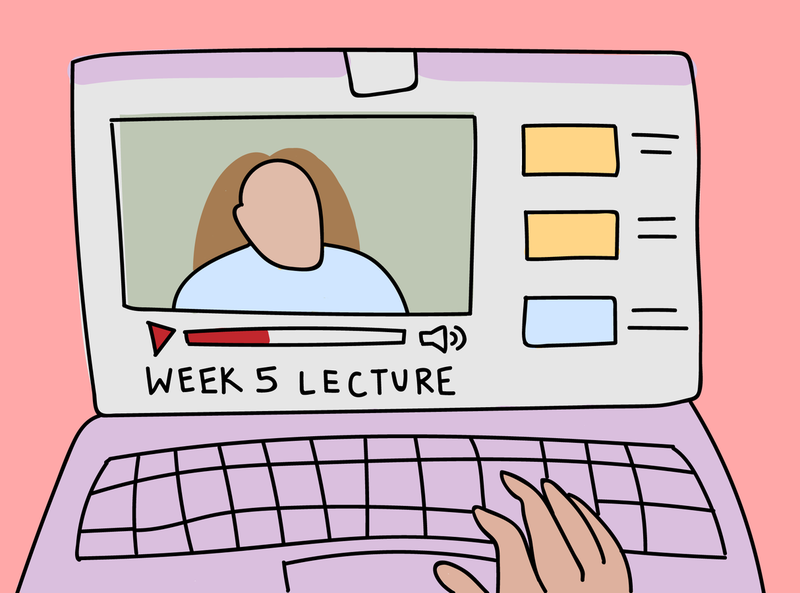 The university has encouraged professors to connect with the Centre for Teaching and Learning Technology for tools on how to teach courses remotely. File Maya Rodrigo-Abdi

Unlike major Canadian schools like the University of Toronto and McGill, UBC and other public universities in BC have yet to suspend all in-person courses to prevent the spread of the COVID-19 pandemic.

The decision stems from recommendations from the BC Health Ministry and Provincial Public Health Official Dr. Bonnie Henry, who has maintained that risk in BC remains low and the public should remain calm.

“Our schools and our workplaces are operating safely, and we want to keep it that way,” said Henry and BC Minister of Health Adrian Dix in a joint statement released on March 11.

But many staff and faculty members have been asked to make contingency plans to prepare in case the university moves classes completely online. The recommendations — and all of UBC’s communications on the virus outbreak — are written in consultation with a working group comprising university executives, staff and other stakeholders.

“The university’s working group was formed in January and has been meeting regularly since that time and is now convening formally twice a week, but informally multiple times a day,” said UBC Media Relations Director of University Affairs Matthew Ramsey.

“We’ve sent out multiple bulletins to faculty and department leaders, multiple emails through our UBC broadcast email system, communicated to students through the SIS [Student Information System]. We’ve posted information on many websites across the university. We’ve got digital signage across the university. We have posters and starting today, posters will be in every washroom detailing proper hygiene habits.”

So far, feedback from faculty and staff about UBC’s response has been plentiful but mixed.

Joey Hansen, the executive director of the Association of Administrative and Professional Staff at UBC, said the university is “handling the potential crisis very, very well.”

“I say that because the university is taking an informed approach relying on the province’s health experts,” said Hansen. “And I understand when people express concerns about whether or not stuff is being communicated, but I think it’s more important that the university get things right than it do things quickly.”

He pointed out that when other universities took action too quickly, it led to unintended negative consequences.

“One of the things you’re seeing in the US, for instance, where places moved to close and to communicate quickly, is students who are stranded on campus [and] they can’t afford to get home,” said Hansen.

“For instance, if I were a student from the United States, I would much rather be at UBC than I would be going back home at this point.”

She added that on March 10, she received a follow-up saying the Faculty of Science had asked for the update and the plans were to be submitted to department and associate heads— and on March 12, faculty and staff received a broadcast email with more information about how to move courses online.

“[The email] again did not have any specific information. It only referred faculty to the general UBC webpage and it said that UBC was quote-on-quote supporting the faculty which I’m not sure that it’s doing,” said Laba.

Dr. Juliet O’Brien, a lecturer in the department of French, Hispanic & Italian studies, said in a written statement to The Ubyssey that there should be more on-the-ground consultation with faculty members.

“Working with faculty means talking to those of us who do actual teaching, every day. The ones who’ll be teaching online, changing courses at short notice, working unpaid overtime on it,” she said.

“[The broadcast email] saying the working group basically will continue communicating with people — I found that incredibly misleading because I don’t think any faculty, at least that I am aware of, has received any kind of communications from that working group,” said Frackman.

But Ramsey clarified that almost all of UBC’s messaging has been written in consultation with the working group.

“Although the communications that have been coming out are not signed by that committee, they are very much a product of that committee,” said Ramsey.

Teaching at a social distance

Earlier today, the university announced that all courses with over 250 students enrolled would be suspended. This follows recommendations from BC health authorities to postpone all events with more than 250 people present, but smaller classes are going ahead as normal for now.

Laba expressed concerns about the decision to continue smaller classes, as there is still the possibility for large crowds to form in between classes and on transit on the way to class.

“People who make those decisions have they ever taken the 99? Do they ever try to get into one calculus class when the other one is trying to leave the class?” Laba said.

According to UBC’s March 12 broadcast email, the university’s healthcare partners including the Ministry of Health, Vancouver Coastal Health and the BC Centre for Disease Control “have requested UBC to continue operations at this time.”

But the recommendation to move in-person courses online will not be a smooth shift for all courses, as Laba pointed out.

“An online course is a whole different thing. It has to be developed online, pretty much from the beginning,” she said.

The university has encouraged professors to connect with the Centre for Teaching and Learning Technology for tools on how to teach courses remotely. The broadcast email sent to faculty and staff on March 12 also linked to the new Keep Teaching site, which “provides guidance on going virtual with teaching and learning for face-to-face or blended classrooms.”

Laba said she wouldn’t be recording her lectures as she doesn’t want to assume every student has access to a computer or broadband internet. But she plans to upload notes online and ensure she covers all information needed to move to upper-level courses.

“I’m aware that one of my courses may be needed as a prerequisite for other courses so I want to make sure that that part of the material is covered. But [I’m] also probably going to skip the material as needed. Because I think, honestly, everybody's going to have enough to worry about without trying to squeeze in one more thing into the syllabus.”

Frackman also felt the university should provide more guidance about how to facilitate social distancing for professors whose classes have less than 250 students.

“[The university is] emphasizing social distancing, which I understand is his best practice, but it’s not clear how we’re supposed to implement that in our courses and ... some guidance from the university would be helpful,” he said, “… like are we supposed to mandate students sitting apart from each other if students end up still coming to class?”

Ramsey did not provide any information on social distancing in the classroom beyond what has already been published on the university’s website. But he reiterated that university leadership is working “nearly around the clock” to respond to the COVID-19 outbreak and communicate with stakeholders responsibly.

“We are doing our very best through all of those measures to provide the community with the information they need at this time,” he said. “Appreciate this as an unprecedented time for the university.”

This article has been updated to clarify that the Faculty of Science asked for an update on contingency plans, but the plans were to be submitted to department and associate heads.