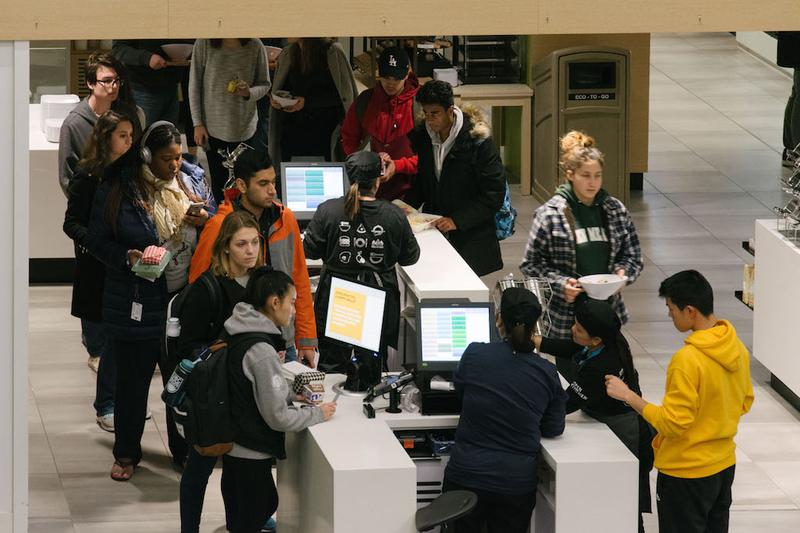 A meal plan discount given only to student housing executives has raised concerns about those executives’ ability to lobby UBC for student affordability.

Why a meal plan discount?

In an interview with The Ubyssey, second-year student and former Orchard Commons Residence Association (OCRA) President Sukhleen Thind said she is passionate about student advocacy.

But Thind resigned as president in early May — after just over a month — because she couldn’t afford the meal plan. She said three other executives also quit for the same reason.

“It was really disheartening … we had gone through months to be elected and just to be turned away at that point,” she said.

According to Thind, her presidency was taken over by Parteek Bal who was elected as OCRA vice president, while the other executive roles were filled by first-year students.

“[They] elected first-years who were living in Orchard for one month and then put them in this position of advocating for themselves, basically,” she said. “They didn’t know as much about the environment and things like that.”

Thind said she did not receive any support from SHHS when she brought up her financial challenges. She said it wasn’t properly addressed until the resignations started to occur.

“[Some Residence Association members] expressed concern that they and other returning students would be deterred from continuing in their elected student leader positions, because of the new Residence Meal Plan,” reads a May 23 memo that was written by Tiffany Mintah, assistant director of UBC Residence Life, and Colin Moore, director of UBC Food Services.

“With all of this considered we have decided to pilot an alternate (reduced) option for returning residence council members.” 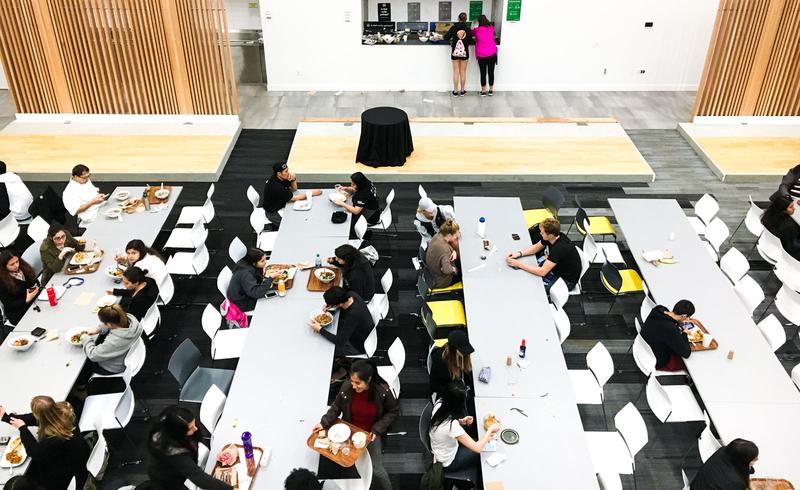 The required student leader meal plan’s cost has been reduced for residence association executives who served before August 31 — to $4,198.32 instead of the full $5,495.

This change was finalized on July 23 after a two-month negotiation between UBC and the Residence Hall Association (RHA), which the OCRA falls under. Thind said the change was “late in the game,” as concerns were brought up in April.

“For them to take that long to recognize that issue and have that many people leave before they would make this change is shocking,” she said.

RHA President Yingying Zhao said the new change settled down execs who might have otherwise quit, based on her conversations with different executive members.

While this reduced meal plan mitigates the affordability issue for the executive members, it also creates another worry for student advocacy — a potential conflict of interest.

One of the RHA’s main responsibilities is advocating for student affordability. The AMS is concerned that those efforts will be dulled if they get a discount from the very group they’re supposed to lobby.

“We have serious concern that special financial treatment may undermine the advocacy effort of students,” said AMS VP Academic Max Holmes. “Especially when not disclosed to the students that they hope to advocate for.”

He also noted that the RHA is not directly accountable to an institutional body like the AMS. Zhao said the RHA’s structure operates on the “good faith of representing students.”

For student leaders to be able to do their jobs, they have to be able to afford to stay in their roles, said Zhao, which is why the SHHS gave them a discount.

“The only thing that would allow them to do that is by reducing the [meal plan] price to a reasonable amount for them to stay involved,” she said.

She said the RHA did ask for the reduced meal plan to be made available to incoming students, but the SHHS refused.

“We ... will be holding steady on our 2017/18 meal structure for all other residents at Totem Park, Place Vanier and Orchard Commons,” reads an email dated August 18 from SHHS Director Andrew Parr to the RHA.

“As previously stated, we are confident this plan will be received positively by incoming 1st year residents and we also commit to good dialogue and active monitoring of the plan in order to make any changes necessary moving forward.”

A food services advisory committee, which is being used to provide feedback on SHHS’s businesses, was created as the main channel for improving dialogue. According to Moore, its first meeting took place in October, and four more meetings are expected for the 2017/18 school year.

Within the 20-member committee, there is equal representation between staff and students. There is also representation for first-year students, and one of them is the committee’s student co-chair.

Zhao believes that this committee’s structure is a positive step forward for student advocacy from the RHA’s perspective.

“It’s another channel for us to have access to housing staffs so we can have a stronger student body to put forth our opinions and ... pursue advocacy initiative,” she said.

SHHS and the RHA have also negotiated that the department will actively engage the student group four times throughout the year — once at the end of August, once in November, once in January and once in mid-February.

The AMS was not invited to be part of the committee. Instead, Holmes is working on creating a memorandum of understanding between the university and the society about consultation.

“I’m rarely consulted on issues that affect all students, but the point is the AMS needs to be consulted on all issues because the AMS is — at the end of the day – elected student leadership that represents all students at the UBC Vancouver campus,” he said.