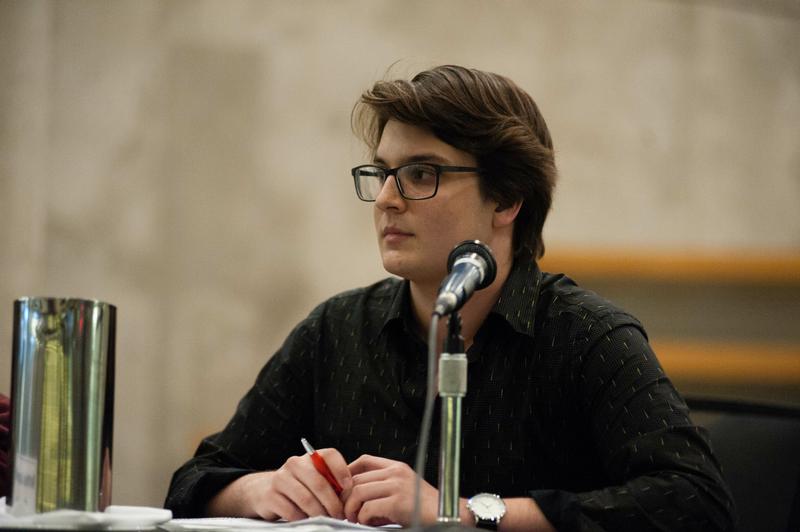 Thursday’s Great Debate saw six candidates running for the five Senate student-at-large positions go over commonly-discussed issues such as the lack of a fall reading week and the poor accessibility of campus facilities. Candidate Hannah Xiao was unable to attend due to a family emergency.

Candidates were first asked about their stance regarding mandatory Indigenous courses, a question which was also brought up in last year’s debate. All of the candidates agreed that mandatory course requirements would be ineffective at addressing the issues of Indigenous discrimination.

A fourth-year engineering student, Jakob Gattinger said that many students in his faculty already have heavy course loads and that adding another course requirement would become more of a burden to student mental health. Max Holmes also recalled that previous work had already been attempted in this area, but even the relevant departments were unwilling to support the idea.

Instead, Jeanie Malone suggested the integration of Indigenous content into existing courses, while Marium Hamid said that mandatory orientation sessions for new students would be a lot more effective than a standalone course.

“What should be mandatory is … for Indigeneity to be a part of the orientation towards UBC,” said Hamid.

“Making it a standalone course … will ignore the fact that the objective here is to make sure that students see Indigeneity through a broader lens [rather] than just a historical one.” 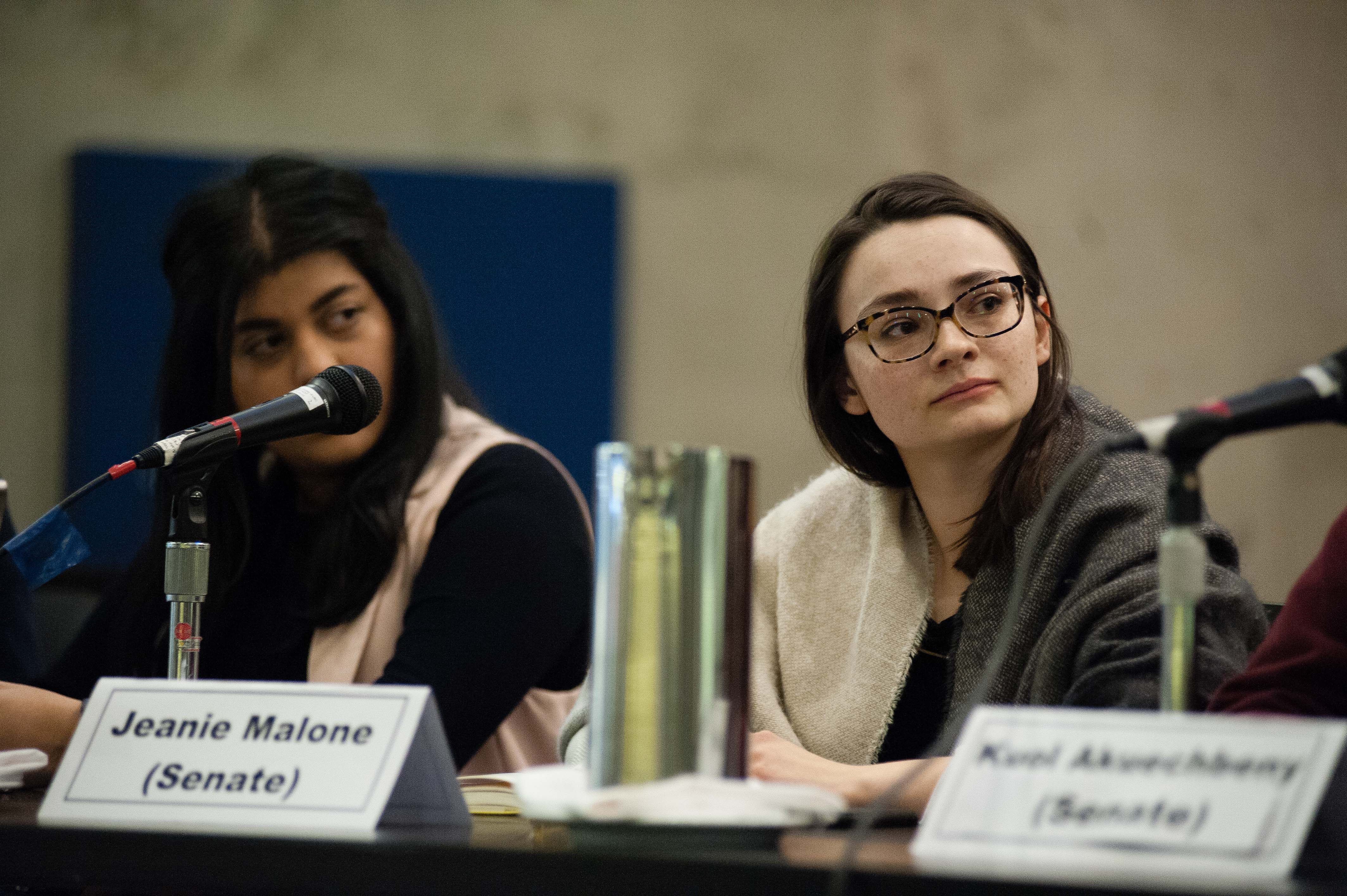 The discussion moved on to the constant topic of a fall reading week. None of the candidates were able to provide a definitive answer as to whether or not they would succeed at implementing a fall reading week in the coming year. But Malone, Hamid and Holmes were optimistic about its progress, agreeing that the upcoming governance review would provide the resources needed to overcome Senate’s sluggishness when it comes to the addressing the fall reading week.

Other candidates believe that more consultation with the student body is needed before the Senate can produce any tangible results. Leuprecht said that they would need to receive a mandate from the student body before any changes can be put forward, mainly because a fall reading week would require compensation in certain areas of academic life, such as the shortening of the December exam period.

Kuol Akuechbeny similarly believes that the conversation for a fall reading week needs to start being held amongst the student body rather than within the Senate.

Next, candidates were asked about the sort of policy changes they would advocate when it comes to improving accessibility on campus for those with disabilities. Hamid brought up her concern that older policies on accessibility were being ignored and that they needed to be reviewed again. Malone added on to Hamid’s point, pointing out that that there is a gap between the implementation of policies and their execution, such as with Policy 131.

“UBC is a very large institution and sometimes, there are gaps between what is written down and what is executed,” Malone said.

“The governance review is going to be a key component to [fixing] that.”

Leuprecht explained that accessibility was not an issue that should be addressed on a case by case basis. Instead, he advocated for a long-term solution, consisting of a framework for future policies that will ensure that issues of accessibility will always be addressed.

Gattinger said that accessibility problems are most prevalent amongst the older buildings on campus. Since a seismic upgrade for these buildings has already been planned, he suggested the Senate should push for these upgrades to also address accessibility. 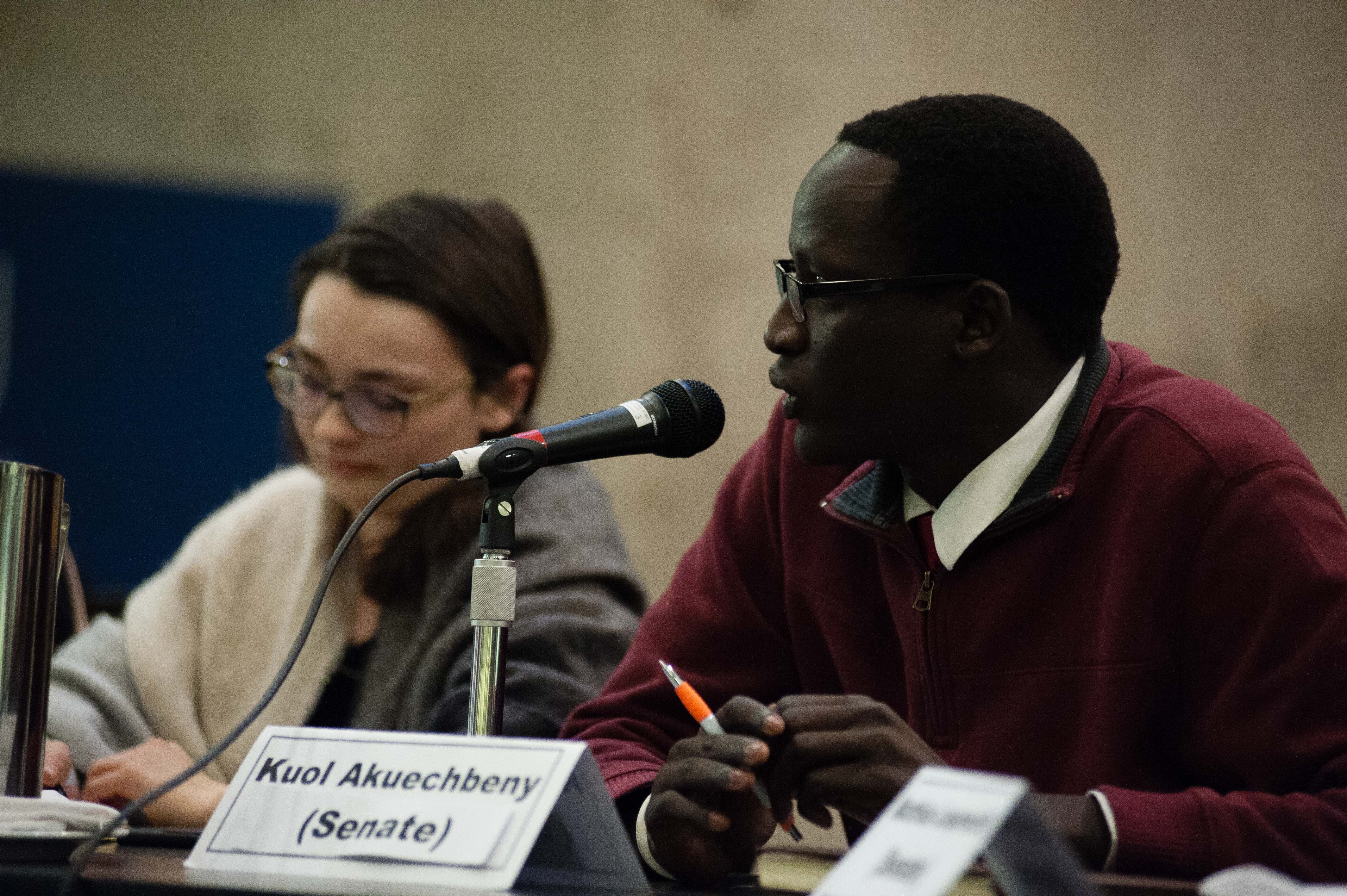 In the first rebuttal phase of the debate, Leuprecht criticized Holmes’s interest in student inputs for the Senate 2020 document, asking why consultations were not done before its publication. Leuprecht pointed out that the major issues such as sustainability and climate change were never mentioned in the document.

“This is a huge issue for so many students on campus, it's not in the original draft, I’m extremely concerned [about] it,” he said.

Holmes agreed that more outreach should have been made before the document’s publication, explaining that he was more focused on finishing it before the term ends.

“Rather than wait and have no document and not explain any of the things that student senators are advocating on, I wanted to make sure that we had some sort of document and the very first thing that we said was that, no matter what, this document is going to be evolving,” said Holmes.

Candidates also addressed how they will manage to get things done despite Senate’s slow bureaucratic procedures. Gattinger discussed the advantages of special ad-hoc committees — such as the recent one on academic equity and inclusion — which can help to speed up Senate procedures when it comes to more specific issues. Malone suggested pushing for increased funding for the Senate Secretariat’s office, while Holmes said that working with faculty senators and committee chairs outside of committee meetings can also help to get more things done at the same time. 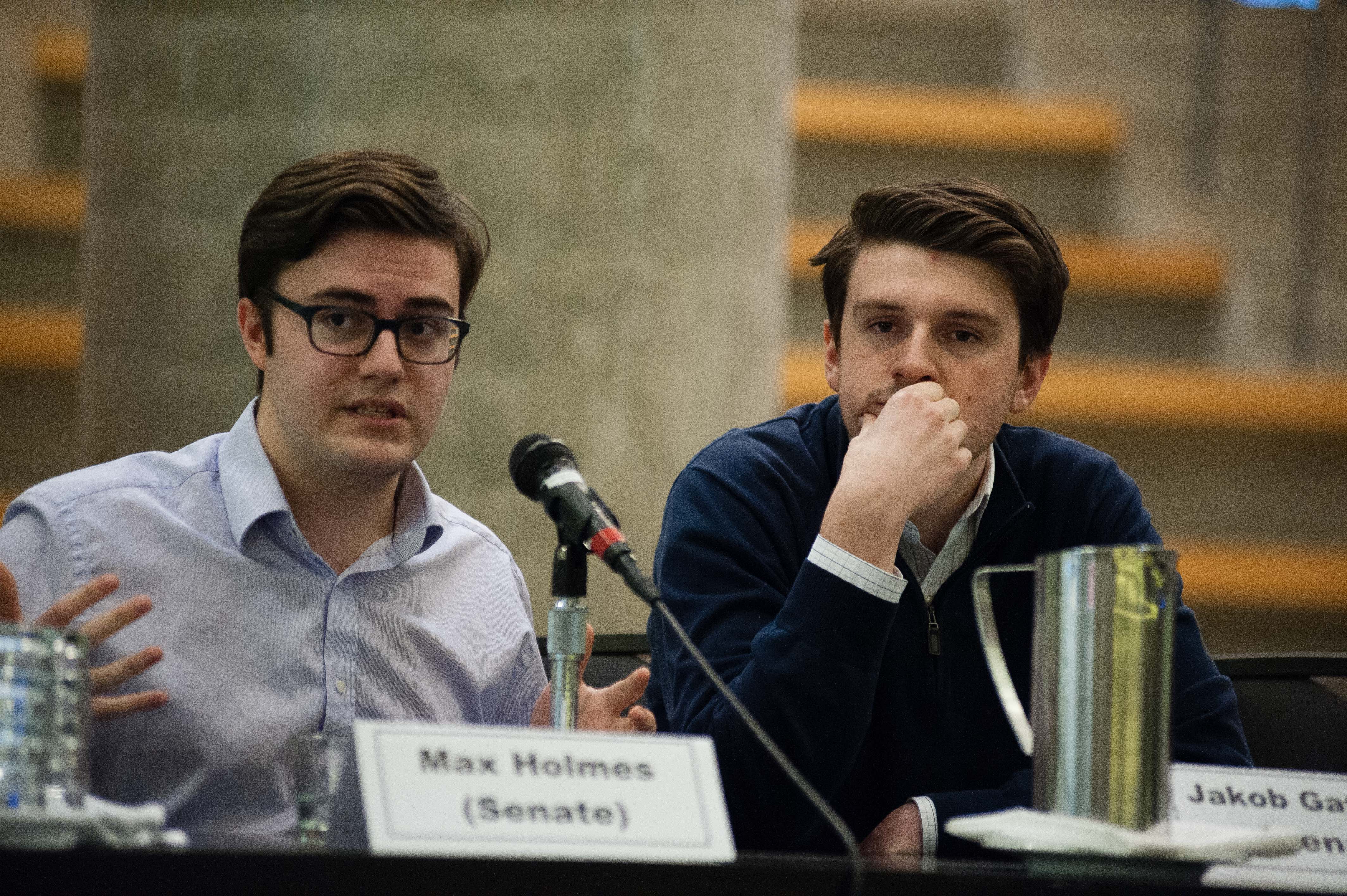 Candidates then took questions from the audience for the final stage of the debate.

One of the questions inquired about the candidate’s position on listing withdrawals due to extenuating circumstances (WEs) on a student’s transcript. Many of the candidates agreed that if a policy for WEs were to be implemented, such a withdrawal should be a personal choice and should also be accessible to those with financial constraints.

Leuprecht believes that Senate should push for curricula to prioritize guest lecturers, whereas Gattinger suggested that new courses should provide a description of its environmental impact and how its core learning outcomes relate to environmental issues.